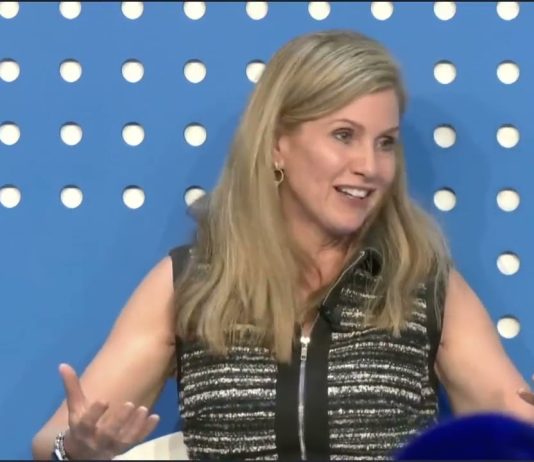 OUTRAGE! GOOGLE MUST NOW BE REGULATED: ‘Full net censorship is HERE’: Google moves to de-platform Gab for being a ‘hate site’

Google has removed the Gab app from Google Play because they claim it violates their speech policy:

Is anyone surprised the company that fired a man for pointing out that men and women are different would consider a free speech site like Gab hate speech?

People who think silencing those they disagree with is a good thing certainly aren’t capable of understanding this simple point.

Considering how subjective ‘hate’ is, how do they determine what should be banned? Most Conservatives believe abortion is hateful, but we don’t see Google banning or suspending Planned Parenthood.

Lindauer “Virginia Protesters Are Not Nazi’s But Feel Like 2nd Class Citizens In Their Own Country.”

Black Lives Matter Co-Founder: Hate Speech ‘Is Not Protected Under the First Amendment’

Cullors said, “David Duke and the white supremacists who showed up to Charlottesville, that is Trump’s base. And that base is not isolated. It’s not — it’s directly related to Trump’s policies and the policies that have continued to harm and kill black people and our allies. I think we’re seeing a movement of white nationalists rising up because they’ve been emboldened by trump and his government. And I really want to invite people to be on the right side of history right now.”

from Fox News, via The Liberty Hound:

The prices for weapons on the black market have gone up twofold, and even threefold for certain munitions, after the terror attacks in Paris and Brussels in 2015-2016, local media reported Thursday citing the study of the Flemish Peace Institute.

BRUSSELS (Sputnik) – Kalashnikov rifles presently cost between 2,000 and 3,000 euros (between $2,300 and $3,500), whereas before the attacks the price for weapons of this type stood at 1,200 euros, La Libre Belgique newspaper said. Glock pistols now cost some 3,000 euros, which is triple the price from several years ago, according to the media.

The study also indicated that there has been a decrease in the delivery of illegal weapons to Brussels, something which can be attributed to the counterterrorism measures and threat of long-term imprisonment for selling weapons to terrorists.

Over the past two years, the globe has witnessed multiple terror attacks, including on such European cities as Paris, Brussels, Nice, Berlin, London and Stockholm, among others. On November 13, 2015, three terrorist groups carried out attacks in French capital and its suburbs, killing 130 and injuring over 350 people. On March 22, 2016, explosions hit Brussels’ airport and metro station, claiming the lives of 32 people and injuring at least 300 more.

When you take a look at which issues Jeff Sessions gets most passionate about (asset forfeiture, drug war foolishness, cracking down on media), there’s one thing that ties it all together. He has a very deep-seated and visceral disdain for the American public. He’s your typical cowardly prosecutor looking to make a name for himself by picking on the weak and dispossessed, while never targeting elite criminals. One thing you’ll always notice about Sessions is how much of a thug he is. He’d never dare take on a bank executive or powerful politician, but prefers to marshals resources toward the most anti-populist crusades possible. His latest move to target freedom of the press is no exception.

Today’s announcement from the Department of Justice regarding a crackdown on leaks has two main components. The first is somewhat understandable, but the second is not.

Attorney General Jeff Sessions on Friday announced a government-wide crackdown on leakers, which will include a review of the Justice Department’s policies on subpoenas for media outlets that publish sensitive information.

At a press conference with Director of National Intelligence Dan Coats, Sessions announced that the Justice Department, FBI and government intelligence agencies will begin directing resources into the investigations of government leaks and would prioritize prosecuting those that pass sensitive information along to the press.

The national security division of the Justice Department will prioritize cases involving unauthorized disclosures, Sessions said, and the departments “will not hesitate to bring lawful and appropriate criminal charges against those who abuse the public trust.”

Sessions said his Justice Department has already tripled the number of active leak investigations over the previous administration and that the FBI would create a new counterintelligence unit to manage the cases.

In addition, Sessions said that after meeting with the FBI and intelligence investigators, the Justice Department would review its policies affecting media subpoenas.

“We respect the important role the press plays and we’ll give them respect, but it’s not unlimited,” Sessions said. “They cannot place lives at risk with impunity. We must balance the press’s role with protecting our national security and the lives of those who serve in the intelligence community, the Armed Forces and all law-abiding Americans.”

President Trump has been pushing Sessions to be more aggressive in prosecuting illegal government leaks, which have bedeviled the administration from the start.

The first part is understandable considering there is clearly an effort on behalf of bureaucrats in government and the members of the intelligence community to frame Donald Trump as a puppet of Vladimir Putin not by offering evidence, but by whispering anonymously in the ears of gullible or agenda driven corporate media hacks, who then publish the chatter without skepticism since it fits a narrative.

This certainly appears to be a problem and is unquestionably shady in my opinion. If there’s concrete proof that Trump is a traitor go ahead and release the documents, don’t just spread innuendo in order to advance a narrative and impeach the guy. The reason no documents proving Trump-Russia collusion to hack the DNC or John Podesta have emerged is probably because they don’t exist. Seymour Hersh seems to have hit the nail on the head of what’s going on in a must listen to recent audio recording.

from The Liberty Hound

Thank you so much to everyone who has supported me and stood up for me. You’re the only reason I’m still able to speak up. Paypal: https://www.PayPal.Me/LaurenSouthern
Bitcoin Wallet: 1JLM6GJwaPdNv4dM8K5KkcFHeziXXXMGKT

END_OF_DOCUMENT_TOKEN_TO_BE_REPLACED

🚨YouTube Took Down My Video Exposing CNN – And You Won’t Believe Why!🚨

Health Ranger THREATENED: Destroy Alex Jones or we will destroy YOU!

The Federal Election Commission (FEC) has shut down a proposal by Democrat Commissioner Ellen Weintraub to target the Drudge Report, Infowars, Breitbart and others, stating it cannot “burden the free speech rights of American citizens.”

FEC officials opposed to her plan said it was “premature and counterproductive” because the whole “Russian collusion” narrative lacked concrete facts.

“At this time we do not know all of the facts and cannot support proposals that would burden the free speech rights of American citizens based on incomplete information about foreign activities in the 2016 election,” the FEC said in a statement.