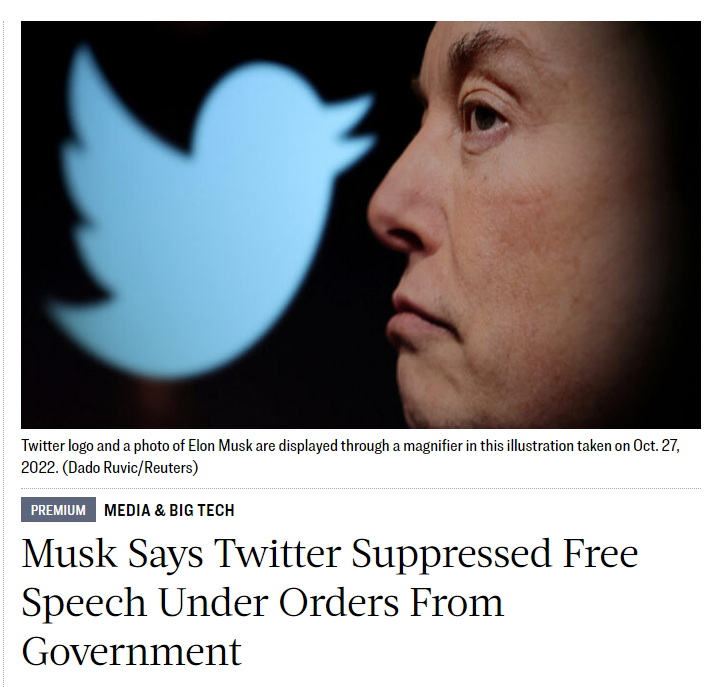 Naturally, I have received emails from those on the left and Elon Musk appears to be rising to that coveted spot of hatred once monopolized by Trump. Musk has outright suggested that Twitter was acting under government orders to suppress free speech, with his remarks coming hot on the heels of the release of a trove of documents that lift the lid on some of the social media platform’s censorship machinations around the 2020 presidential election.

The problem is that the LEFT never looks at anything objective. They have their agenda to rule over everyone and it will always come down to civil war, violence, and blood in the streets because they will NEVER back down – it has to be their way of no way. They do not believe in any democratic process. 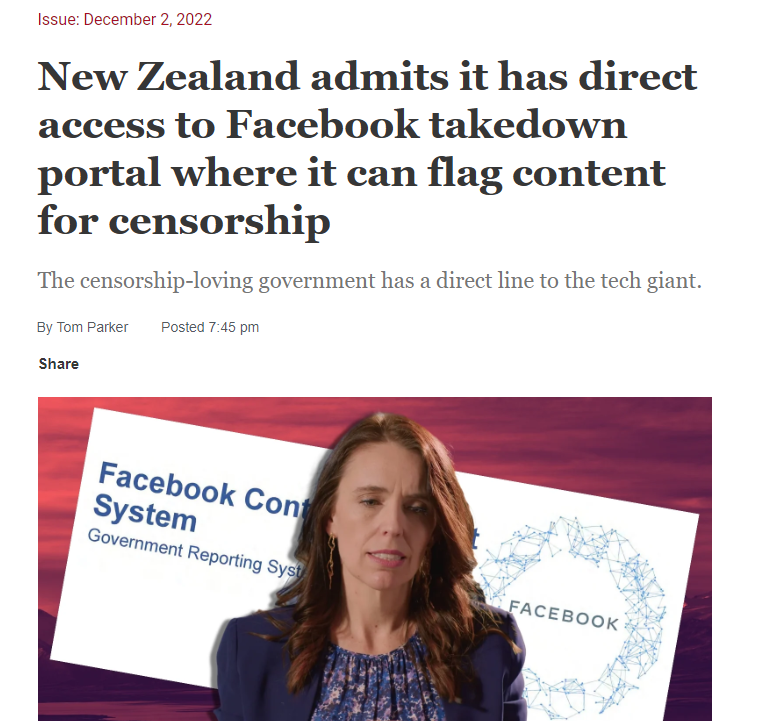 So while they will dismiss such stories as conspiracy theories, in New Zealand, the government has admitted that Facebook gave them direct access to flag what they wanted to be censored. The rumor behind the curtain is that Zuckerberg has provided the same privilege to the USA so he could get the authority to move into banking.

The LEFT has been moving globally to seize power and the risk remains that their objective is precisely one of the points of the WEF’s 8 forecasts – the end of Democracy. They want to seize power and become a dictatorship with their philosophy and strip us of our right to even vote. They argue that the system is collapsing so they need to seize all power, The future they envision is very dark and cold.

In all honesty, if we can buy online securely, then why can we not vote online? My staff could have written the code to allow national voting I bet in less than 30 days. NEVER in my entire life have we ever had to wait so long to find out who won an election. In the ’60s, we knew that night. With the advancement of technology, the method of voting has been moving back in time. Even in the Roman Empire, they knew who would win an election in less than 24 hours.

All of this chaos in voting is ominous indeed. It appears to be setting up the entire affair to end elections and we must then face just a usurpation of power. The net result of these elections is to undermine the public confidence in voting anyhow. Joseph Stalin perhaps is the only one to ever tell the truth about elections.