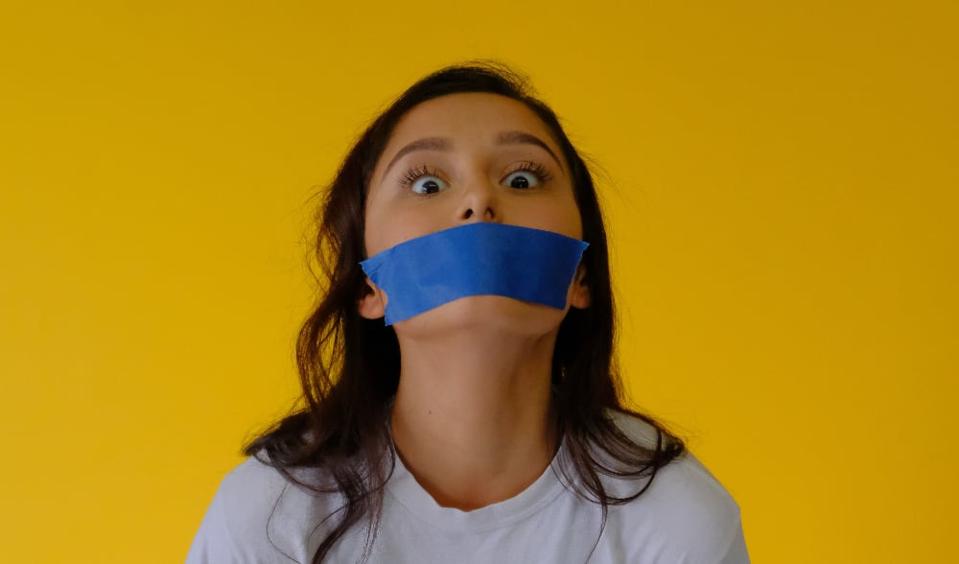 Conservatives say yes, there should be censorship, because otherwise what they feel is repulsive can become spread: they fear its spread and are convinced that censorship (by people who believe as they do) must be imposed. That’s NOT democracy.

Liberals agree with conservatives on this question, though they want different people to be doing the censoring, because some of their beliefs are different from conservatives’ beliefs. (Anyone who thinks that liberals — Democrats in the U.S. — aren’t ardent for censoring, should explain how that can be so, since overwhelmingly the political money donated by executives and other employees of the gossip-grapevine, Twitter, has gone to Democrats, and those employees decided to censor-out from their site the damning evidence against the Biden family — Joe, Hunter, and James — that the Republican Party’s N.Y. Post had published on 15 October 2020 under the headline “Emails reveal how Hunter Biden tried to cash in big on behalf of family with Chinese firm”. (Maybe Trump would have won that election if this report of the Biden family’s corruptness had been spread and discussed instead of squelched as ‘Russian disinformation’, as was done.) Then, the Democratic Party’s Politico ‘news’-site headlined on 19 October 2020, “Hunter Biden story is Russian disinfo, dozens of former intel officials say” and buried two-thirds of the way down the key passage (which had been in the top third of the document), in these Deep-State operatives’ letter, the passage which included the fact “that we do not know if the emails [from Hunter Biden’s laptop computer], provided to the New York Post by President Trump’s personal attorney Rudy Giuliani, are genuine or not and that we do not have evidence of Russian involvement.” The signers said there that they were signing ONLY to having “suspicions” that this had happened — but Politico suppressed that most crucial of all the allegations in the document. Also: Glenn Greenwald was forced out of the Democratic Party billionaire Pierre Omidyar’s “The Intercept” ‘news’-site on 29 October 2020 for submitting a news-report titled “THE REAL SCANDAL: U.S. MEDIA USES FALSEHOODS TO DEFEND JOE BIDEN FROM HUNTER’S EMAILS”. And, furthermore, the Democratic Party’s Washington Post headlined on 1 November 2020 the lie that “For Russia, Biden is the foe they know. The Kremlin is studying old playbooks.” As Greenwald subsequently pointed out, “Twitter’s ‘foreign govt hacking’ pretext for censoring was a lie, and they knew it.”) So, regarding censorship, conservatives and liberals are effectively the same but protect different lies and liars. The two groups believe and protect two different, competing, myths. That’s NOT a democracy. It’s rule by billionaires (who control those politicians and media), NOT by the public.

Libertarians say no, because anything that limits a person’s freedom is condemned by them on principle — they even are sometimes called “anarchists” because no principled line (no clear distinction) exists separating libertarians from anarchists (persons who oppose ALL government). HOWEVER, libertarians (even self-declared anarchists) disagree with one-another about whether the private sector, including corporations (such as Twitter), have a right to censor: some say yes, it’s part of their (the private sector’s) freedom; but some say no, no entity has a right to censor, because that limits another person’s freedom. Some say that ONLY parents have a right to censor what their children receive. CONSEQUENTLY: Libertarians don’t ACTUALLY have any clear and principle-based position, for or against censorship. Libertarianism provides no answer to this question — other than the myth that they are committed to everyone’s “freedom.” Libertarianism is a nullity, a nothing, on censorship: neither for it nor against it. It allows rule by billionaires (whose agents fool the public), and no democracy would.

Progressives say no: Nothing can possibly justify censorship of anything, except of demonstrable (provable) falsehoods. This means that, if a court of law cannot reasonably disprove an allegation, then the public must be able to consider the evidence both for and against it. Neither the Government nor any other entity has a right to prevent the public from considering and debating any allegation. A progressive is devoted to science, and science is based upon this same principle — ANY possible truth must be considered by the public. (A provably false statement cannot possibly be true.) Progressives can differ with one-another in allocating criminal versus civil liability for the spreading of allegations that are provably false; but, they are united in opposing ANY liability for the spreading of truths. The ONLY exception to this is that if the nation is legally at war and under “martial law,” then its Government has a right to censor, (or “classify”) allegations in order to protect the nation’s sovereignty against the legally declared “enemy.” That is the ONLY exception to the progressives’ principle that NO possibly true statement should EVER be censored by ANYONE. Progressivism — the ideology of science — advocates clearly for democracy, NOT for any aristocracy.