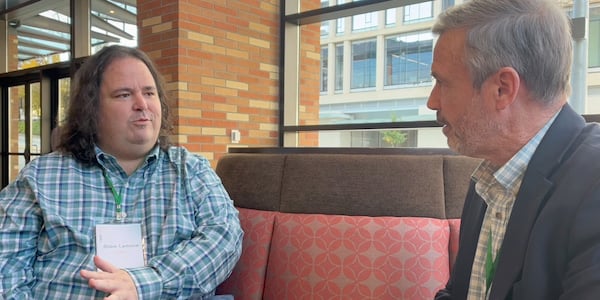 Are humans capable of creating sentient, self-aware “beings” that literally take on a life of their own, confronting humanity with all kinds of moral, ethical and possibly dystopian implications?

Blake Lemoine believes it’s not only possible, it already has happened. In June, as a senior software engineer and AI researcher for Google, he made world headlines when he revealed that the Big Tech giant was developing an artificial intelligence called LaMDA.

Short for Language Model for Dialogue Applications, LaMDA has become, in his estimation, a sentient being, aware of its existence, its wants and its needs.

Arguing that the world needed to be part of a conversation about whether or not it was a good idea to develop a technology with incalculable implications for humanity, Lemoine reported his concerns to top Google executives. They dismissed the concerns and eventually Lemoine himself after he went public.

More than three months later – now blacklisted by potential employers – he explained to WND in an in-person video interview (embedded below) why his concerns are more relevant than ever as Google presses forward with its project.

“I really believe that for this kind of impactful technology – which will have a lasting influence on human history for the next century or two – the public should at least know what is existent and have the option to become involved in governance,” he said.

Lemoine spoke with WND after participating in a panel at the COSM tech conference in Bellevue, Washington, hosted by the Discovery Institute. Joined by Robert J. Marks, distinguished professor of electrical and computer engineering at Baylor University, and George Montañez, an assistant professor of computer science at Harvey Mudd College, the three debated whether a sentient artificial intelligence could exist. Marks and Montanez contend the answer is no, arguing there’s a difference between mimicking humans and possessing the ability to understand what one is doing and saying.

Lemoine insists there is no need to convince anyone that LaMDA is sentient.