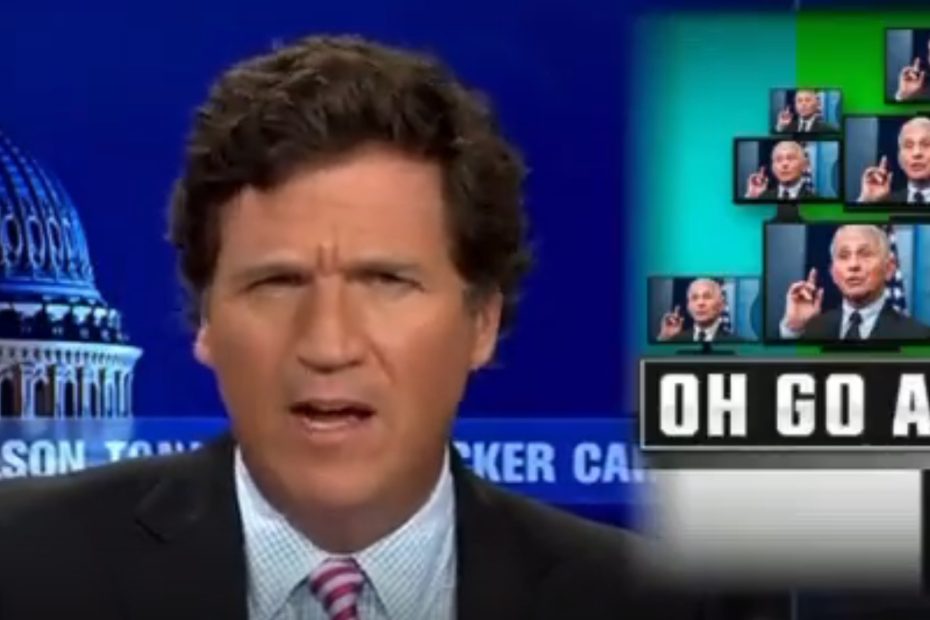 “When the COVID pandemic began in early 2020, everyone wanted to be Tony Fauci. We did and had him on the show, actually, and then he started lying in ways so obvious that you could not ignore it, you began asking what is this about?

The guy in charge of the COVID response is lying about COVID, why?” Carlson said. “He lied about herd immunity, then he lied about masks, then he repeatedly lied about vaccines. You can’t lie if you’re a public health official, but he kept doing it. Today, Tony Fauci, who is now 81, held his last press conference and appropriately enough, he decided to tell one final lie about masks.”

Carlson then noted Fauci, who announced he would step down as President Joe Biden’s chief medical adviser Aug. 22, claimed that the unvaccinated were the “real danger” when it came to a potential winter spike of COVID. Fauci’s net worth reportedly increased by $5 million during the pandemic.

This is insane, this is not science. In fact, all of the science shows just the opposite. It’s more risky for most people to get the vaccine than to get COVID at this point. It’s not speculation, data from a bunch of countries, UK and Israel included, prove that. But Fauci doesn’t want us to know that? Remember, this is the guy who funded bat coronavirus experiments in Wuhan which at this point seem pretty likely to be responsible for the pandemic,” Carlson said.

Republicans on the United States Senate Committee on Health, Education, Labor and Pensions (HELP) issued a report in October claiming that the origin of the COVID-19 pandemic stemmed from a lab leak at the Wuhan Institute of Virology (WIV). Fauci faced questions about the funding of so-called “gain of function” research at the WIV.

“So a reporter from the Daily Caller decided to ask Fauci about this because how could you not ask? Were you involved in creating this virus? Where did this come from? Shouldn’t we know? Millions have died and you wrecked our economy,” Carlson continued. “But you’re not allowed ask that question because then Joe Biden’s glass-ceiling shattering publicist shut the whole thing down.”

“It’s unbelievable, and the rest of the supine press corps sit there with their weird little masks on and say nothing,” Carlson said. “It’s left to some guy from Africa to point out the obvious, which is, what? This is the most legitimate question there is. Where did COVID come from and what are you doing to find out? Shut up.”