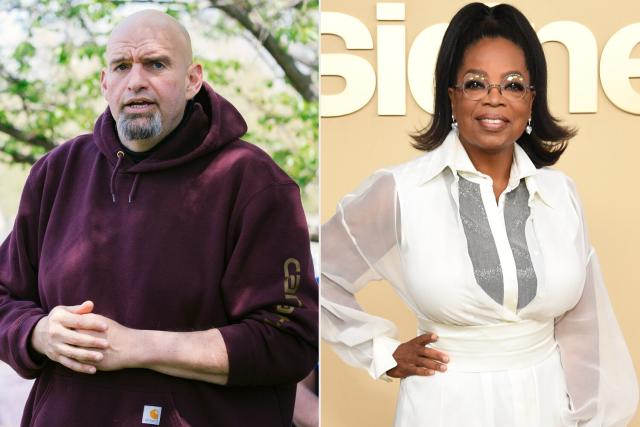 The corrupt celebrity Oprah Winfrey (a separate blog post for another day) and her old posse are weighing in on the Pennsylvania Senate race. John Fetterman v Mehmet Oz is quite an odd pairing. Dr. Oz rose to fame through his appearances on Oprah’s daytime show. Yet, Oprah publicly will not support the Republican candidate.

Oprah went as far as arranging an online Zoom event to mobilize PA voters. “There are clear choices out there … to represent the values — this is what we’re talking about — the values we hold dear,” she said on the Zoom presentation. “The values of inclusion, the values of compassion … that so many of us share, so use your discernment,” Oprah word vomited. These are the age-old keywords with no clear definition, such as “values,” “inclusion,” and “compassion.” Why would she promote Dr. Oz on her show as the top medical advisor for years if she felt he was lacking in these values?

Knowing Oprah is a die-hard Democrat, Oz was not surprised. “Doctor Oz loves Oprah and respects the fact that they have different politics. He believes we need more balance and less extremism in Washington,” a member of his campaign said.

Yet, another “doctor” who Oprah rose to fame believes John Fetterman is not mentally competent to hold office. Dr. Phil McGraw, albeit no longer a doctor, appeared on “The Joe Rogan Experience” to discuss his concerns with the candidate. “Just ask yourself,” Dr. Phil added, “Let’s say you were getting on an airplane and the airline pilot had had a similar cognitive impairment. Would you get on? Well, hell no.” After seeing Fetterman struggle to form a coherent sentence during his debate, I would NEVER board an airplane with Fetterman onboard, even if he was a flight attendant.

Dr. Phil said that he did not want to appear “unkind” and said Fetterman had “courage,” but this man clearly is mentally compromised. Joe Rogan called this an example of the media and politicians gaslighting the public. Both men said it was unfair to put Fetterman in this position. There is a long list of violent offenders and murderers in prison waiting for a Fetterman win to be released back into the population. If he were running on a Republican ticket, the media would have turned on him during his first interview, and he would not be viewed as the next savior of Pennsylvania.