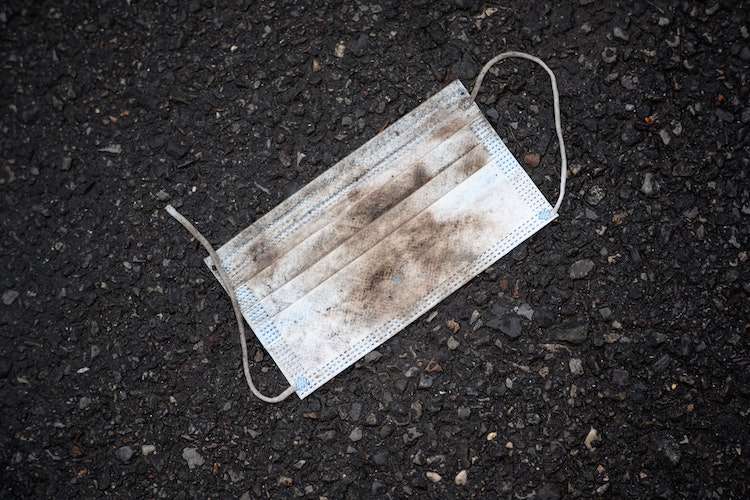 In Brave New World, author Aldous Huxley wrote that the slaves of the future are happy. Drugged and genetically modified, their personalities are blunted and their bodies and minds configured by a technocracy whose scientists design humans to maximise their outputs for the benefit of the ruling classes.

Outside the world of fiction, the World Economic Forum (WEF) is an umbrella of multibillion-dollar, mostly US-based corporations and billionaires; a think tank in which the rulers of the world meet to discuss and try to shape the general direction of the global order. With permanent strikers in the US, for instance, refusing to work in what the late anthropologist David Graeber eloquently called “bullshit jobs,” the WEF’s academics and researchers understand that they could lose their grip on power. Global financial inequalities are widening as anti-democratic sentiments grow within “democratic” societies, whose populations realise that they have no control over their lives.

Rather than risk revolutions in numerous countries from strikers – now called The Great Resignation – the WEF seeks to ideologically capture potential revolutionary leaders and re-programme them to favour the WEF system (e.g., Greta Thunberg’s platform at the annual conference). The businesses that fund and join WEF’s Davos meetings recognise that real estate remains the physical basis on which profitable assets are constructed. Under slogans like the Great Reset, the Fourth Industrial Revolution, and Build Back Better, WEF elites want to cement their new world order. 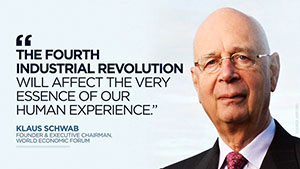 But what will that new order look like for non-elites? Unlike the present global malaise, the “new normal” – or “next normal” as WEF elites are calling it – aims to use hi-technology and data collection to tailor environments to the needs and wishes of the public who will be expected to participate in “sustainable” infrastructure and be data points for constant public health monitoring.

Like the hapless victims of Huxley’s dystopia, tomorrow’s society will be happily enslaved, at least in the minds of WEF planners. Workspaces will blur the lines between personalisation and professionalism, feelings of being cheated by the system will be reconceived as consuming less to help the environment, and the pains of reality will be soothed with immersion into joyous, incessant virtual reality like Facebook’s new Meta concepts.

Mega-wealth in the global economy is a house of cards: it consists of digits on bank account computer screens that increase when the rich buy and sell repackaged debts to each other. When the gravy train derails every decade or so, the public bails out the perpetrators. Yet, the three main bases on which the intangible economy is constructed are tangible: precious metals, hydrocarbons, and real estate.

The new rulers of the world are the asset managers who hold the stocks, shares, bonds, and portfolios of the banks, hedge funds, insurers, pension companies, and real estate holdings. They include BlackRock, State Street, UBS, and Vanguard. Their fake wealth would not exist without the physical ownership of land. Real estate is the skin of the balloon in which they blow the hot air of money markets.

The WEF corporations understand the importance of real estate in relation to wealth inequality and uber-profits. They also understand that the younger generations are getting more and more desperate. In terms of size, housing quality is leading to mental health issues as younger people live and work in increasingly crowded and expensive cities. Not only is property ownership a dream for the majority of young westerners, renting is becoming harder as owners are reluctant to let their property to people in the insecure work of the expanding gig economy.

WEF corporations fear a brain and labour drain from cities as work-from-home youngsters flee to the countryside where dwellings are bigger and cheaper. The WEF notes that cities generate 80 per cent of global GDP, yet their revenues (e.g., from local taxes and property sales) are expected to fall as fewer people use public transport and reduced council budgets lead to disinvestment from public services. Asset companies want to keep workers locked into cities and are looking to redesign urban hellholes to make them more appealing: eco-friendly, health conscious, and tailored to the psychology of the individual.1

WEF authors say that the new agenda will take place via “an increase in public-private cooperation,” meaning the taxpayer foots the bill, as usual. New urban slums will be greenwashed and prettied via the harnessing of personalised big tech data collection for “customisation.” While the rich continue to plunder, the working classes will have to get used to “adaptive reuse”; an eco-friendly normalisation of second-hand products; or “pre-loved” as they now call them. The WEF says that, “The private sector can also play an instrumental role in helping the public sector craft legislation that is viable for business.” What could possibly go wrong?

WEF emphasises that a whole tenth of global GDP is concentrated in a single sector: real estate. Commenting on the above, Christian Ulbrich, Global Chief Executive Officer and President of the real estate services company JLL, confirms: “The world will look different in the coming years; our cities and urban centres especially so.”2

As we shall examine in more detail, artificial intelligence and the instantaneous advertising and automated services markets are exploding. In so-called smart homes, the wishes and intentions of the occupant will be sales opportunities for programmed machines, from fridges to heating systems, as the very biology of the tenant is tracked and analysed under the PR-friendly cover of public health monitoring.

Under counter-Covid biosurveillance, prospective AI in smart homes might also be tailored to provide commercial services. AI could, for instance, offer to adjust the solar-controlled room temperature if in-home cameras sense that the occupant might be too hot or cold. “Autonomous buildings autotune, adapting to dynamic indoor and outdoor conditions, create optimal working conditions.” Through bastardised communitarianism designed by WEF to prevent the poor from ever attaining wealth under the slogan of “equity,” the buildings will be designed with “cost-sharing mechanisms.”

Existing examples, not yet fully authoritarian like the above, include the hub at Causeway, Boston, Massachusetts: a mixed-use revitalisation project that includes heat-regulating glass, airflow-supported balconies, and local food production. Another is Hong Kong’s Taikoo Place: an interconnected business hub. Citing patents per head of population, the WEF notes that increased population density – i.e., big cities – is linked to increased creativity and productivity. But the people who do the hard work don’t share in the patent wealth. Taxpayers, for instance, funded the vaccines that low-paid nurses administer, yet big pharma reaps the rewards.