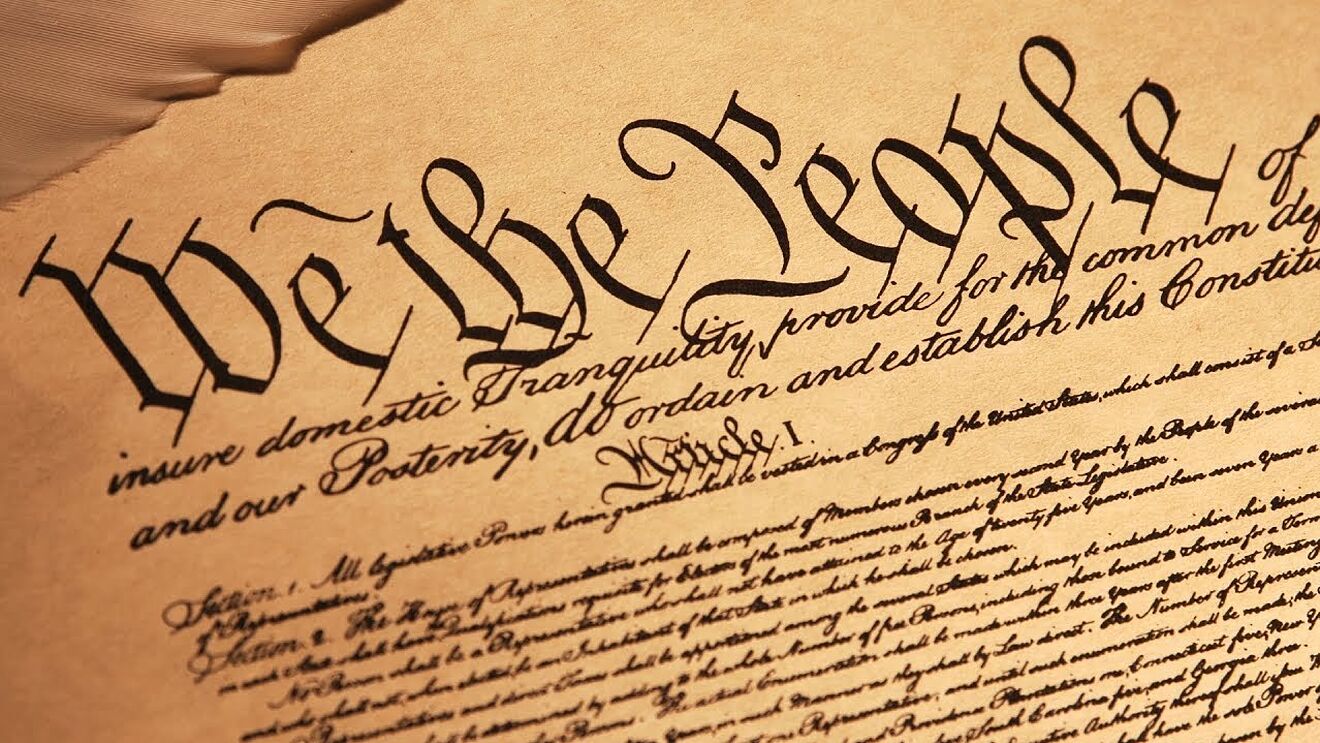 The U.S. Constitution was truly a revolutionary, progressive, document. Anyone who considers it to be ‘conservative’ has no knowledge of history, or else is lying, because it’s the exact opposite of that: it’s radically progressive. It’s a truly revolutionary document. And it was created by men all of whom despised imperialism and had risked their property and their very lives against it. Today’s America, which demands global hegemony — the biggest empire in world history — is being led by enemies of the America that our Founders had risked everything in order to produce. Such people (they’re called “neoconservatives”) are not patriots; they are enemies of America. Today’s America is rabidly hostile toward the intent of the nation’s Founders.

A lot of people don’t understand this. For example, the well-known contemporary Establishmentarian ‘progressive’ Noam Chomsky said on 13 February 2014,

Aristotle and James Madison, the main framer of the US Constitution [actually James Wilson was that, in the Committee of Detail, which wrote most of the clauses that are in the Constitution — which were then accepted by the entire Convention], they faced the same problem, they both recognized that in a democracy, the majority of poor could use their power to take away the property of the rich, going back to those days to carry out policies that we now call agrarian reform, you know distributing land and so on, and they both recognized that that was unfair but they picked opposite solutions.

Aristotle’s solution was to reduce inequality [not so: Aristotle’s Politics Book 1, Part V, says: “That some should rule and others be ruled is a thing not only necessary, but expedient; from the hour of their birth, some are marked out for subjection, others for rule. … The rule of the inferior is always hurtful. … The male is by nature superior, and the female inferior; and the one rules, and the other is ruled; this principle, of necessity, extends to all mankind. … It is clear, then, that some men are by nature free, and others slaves, and that for these latter slavery is both expedient and right.”]. … Madison faced the same problem — the conflict between democracy and what they considered fairness — and he picked the opposite solution. His solution was to reduce democracy [not so, but to increase democracy enormously]. So the country was founded on principles which are embodied in the constitution which are basically Madisonian in conception [not so, but Wilson and Madison agreed almost 100%, and they backed each other at the Convention] and I’ll just quote Madison, the purpose was, he said, to place a political power in the hands of the wealth of the nation — the more responsible set of men, those who will be able to protect the rights of property owners and the way it was done, remember back in the early days of late 18th century the founding of the constitution, the power was mainly in the hands of the senate. The executive was kind of an administrator [not so; we had very strong Presidents then — including Madison]. The senate was the place where political power resided [not so: we had separation of powers then, far more than in today’s America]. The senators of course weren’t elected [not so: “The Senate of the United States shall be composed of two Senators from each State, chosen by the Legislature thereof, for six Years. [[U.S. Constitution, Article I, section 3, clause 1]]”] they were elected by their state [?] and they had long tenures. They were kind of remote from popular control and they were to be the wealth of the nation. And the rest of the society was to be fragmented and divided in various ways that you wouldn’t get the effect of what was called the tyranny of the majority, that is, majority rule. You wouldn’t have that, that’s the Madisonian system.

So, Madison actually faced the same problem as Aristotle but picked an opposite solution … [from] basically Aristotle’s solution [Aristotle’s being to] eliminate the vast disparities of wealth [which Aristotle never proposed].

As has often happened with Chomsky, he cooked things up there; and, since that’s so commonly encountered, I shall here present what Madison, and the other Founders, actually said, and the enormous issues that they were earnestly struggling with, which Chomsky trivialized in comic-book fashion.

Since this will be lengthy, I shall be highlighting what I consider to be key passages, in order to facilitate skimming, if the reader doesn’t want to read this full eleven-thousand-word article.

The original intent of the U.S. Constitution can most accurately be determined upon the basis of the debates that occurred at the Constitutional Convention that (after preliminaries during the Convention’s opening days of 25-28 May 1787) started on 29 May 1787, and ended nearly four months later, on September 17th of 1787. James Madison (and a few others) transcribed those epoch-making, nation-forming, debates.

These debates began between some members of the Convention, especially Misters Randolph of Virginia, Gerry of Massachusetts, Butler of South Carolina, and Dickenson of Delaware, simply assuming that the existing Articles of Confederation would be improved, not replaced; i.e., that no new and single nation of the United States of America would result from their collective deliberations. They would follow the existing precendents instead of replace them.

The American Revolutionary war of 1775-83 was at that time a mere four years past, and this Convention had been called together for the purpose of replacing the failed existing Articles of Confederation, by some Constitution that would improve upon that existing governing document.

On May 29th, Mr. Randolph started the preparatory phase of these historic debates, when he listed what he viewed to be the defects in the existing document, and when he then placed before the Convention his “Virginia Plan,” to rectify those perceived deficiencies. Randolph said, “Our chief danger arises from the democratic parts of our [existing state] constitutions.” He proposed that what was needed “is yet a stronger barrier against democracy, but they [those existing state models for a constitution] all seem insufficient.” He proposed “republican Principles,” a key one of which was that “the Rights of Suffrage [the right to vote] shall be ascertained by the Quantum of Property or Number of Souls”; in other words, by considering each “soul,” while also granting a higher say to the wealthy than to the poor. He proposed a House “elected by the People,” and called “this the democratick Branch”; and he also proposed a Senate or “2d. Branch to be elected out of the first — to continue for a certain Length of Time, etc. To be elected by Electors appointed for that Purpose,” instead of “by the People.”

In other words: the issue of the right to vote — the “franchise,” or “suffrage”; who would ultimately rule, or hold power — was what opened these debates. And the tension there was immediately between the aristocracy versus the public, or power based in amounts of property, versus power based in amounts of persons. Which would rule here: count the dollars, or count the persons (the owners of property, regardless of how rich or poor they may happen to be)? Which of the two would be determining the control of the coming American government?