In a recent court filing [Document Here] President Trump through his legal counsel has requested Judge Cannon to unredact and unseal the search warrant affidavit used as the predicate for the FBI raid on Mar-a-Lago.  Apparently, the DOJ have yet to provide President Trump with the constitutionally required predicate documents to support their search. 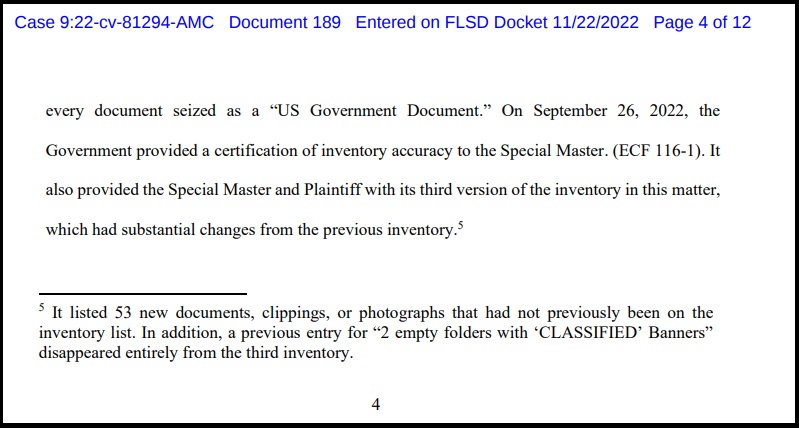 While asking the court to provide the affidavit to the defense team, the lawyers for President Trump are noting the fourth amendment protects everyone against warrantless searches and seizures, and that same protection also guarantees the target the right to receive and review the claimed justification for the warrant.

The unredacted affidavit is obligated to be supplied so that it can be determined if the search warrant was legally valid and predicated.  General search warrants are not legally permitted.  The warrant must specify what is being searched and why.  The DOJ is fighting against this affidavit release.  The Trump lawyers are asking the judge to make a decision. 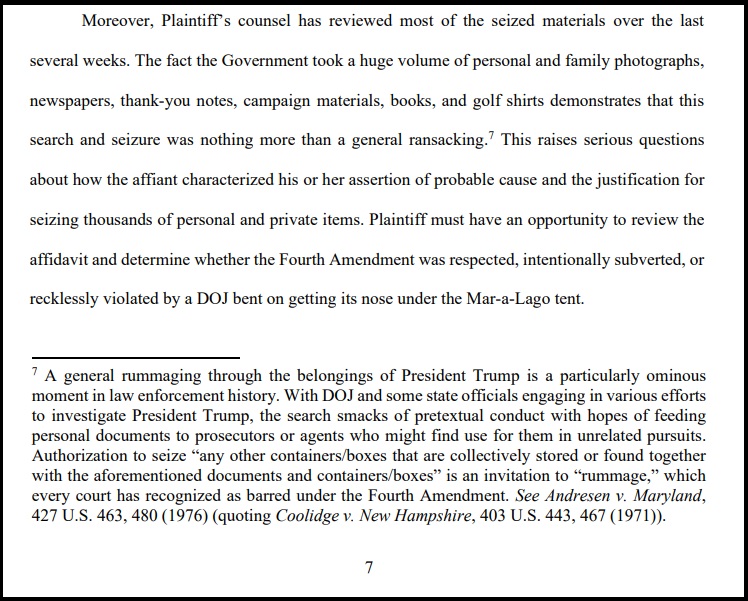 The issue of compartmented (siloed) information, specifically as a tool and technique of the aloof DC system to retain control and influence, is a matter we have discussed on these pages for several years.

Quite literally anything can be classified as a ‘national security interest’ in the deep state effort to retain the illusion of power over the proles, ie us. It is the exact reason why congress exempts themselves from laws and regulations written for everyone else.

In this case we are watching the DOJ National Security Division (DOJ-NSD) deny the production of the material that supports the framework of their search warrant.  Again, if Main Justice has nothing to hide, then why are they not willing to stand openly behind the predicate for their search.