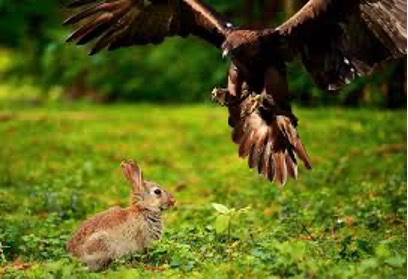 The predicted bomb was long in coming, but in 2020, it arrived on our doorstep and the fuse is lit.

Governments understand that, if they wish to give the shaft to their own citizens and still remain in power, they must deflect blame for their actions to another party.

In 2020, they outdid themselves by creating perhaps the most ingenious distraction ever created. Whether or not the coronavirus was consciously created and/or consciously released, governments’ handling of it has been brilliant.

People the world over have lined up to get their vaccines, believing them to be essential to the recovery of their freedom, even though the vaccines have been declared by the experts to be ineffective in controlling transmission, curing the virus, eliminating the need for masks and social distancing, or making it possible to return to the normal freedoms of travel, sports, work, religious gatherings, schools or even a meal out.

So, if we accept the obvious – that the reason for all the hoopla was not to protect the public from a killer virus – then what could possibly have been the purpose of all the Machiavellian controls?

Well, we might want to consider that the controls themselves were the object.

Historically, whenever a dramatic governmental shift to collectivism has been intended, the very first move is to lock down the people. Convince them that only the government can or should have the power to decide whether its subjects may get on a plane, attend school or even go out for a sandwich.

As Thomas Jefferson stated, “When government fears the people, there is liberty. When the people fear the government, there is tyranny.”

The people have now been successfully subjugated, and whether they understand it or not, a condition of tyranny exists.

It has often been observed that, if you wish to shear sheep, you first enclose them in a pen, so that they have no escape. You can then shear them at your leisure.

Of course, readers of this publication are likely to object to the idea of being sheared – of either their wealth or their liberty. But it’s safe to say that the great majority of people are likely to fall victim to the upcoming shearing. For most of them, this will be because they simply waited to see what will happen and did little or nothing to ensure that their wealth and freedom had been safeguarded.

But what can you do? Is the government not, for all practical purposes, omnipotent at this point?

Well, no, but they soon will be. There remains a window in which to act to retain wealth and freedom.

If you currently live in one of the jurisdictions that will be most highly impacted (the US, Canada, UK, EU, Australia, etc.), move to another jurisdiction. Select an alternate jurisdiction with an historically stable government that’s less likely to cave in to demands from your home government during a crisis period. In addition to the governments of those countries listed above, others such as Panama, Israel, Japan, etc., have a long history of caving in to demands by world powers quickly, often to their residents’ peril.

Choose instead a jurisdiction that has minimal dependency upon the major powers and/or has had a history of fighting off edicts from them, such as Uruguay, Singapore, Mexico or Thailand.

This is a bit of an unknown to most people in most countries, but by international agreement, in order for one country to pursue you or your wealth, it must appeal to your refuge country, to cooperate with it to deport you or to hand over your wealth.

However, it must first state the law under which you are being accused. If there is no similar law in your refuge country, the likelihood of compliance by its government is very low (unless the government actually violates its own laws to do so).

Some countries have been known, on occasion, to do just exactly that. However, if the demand goes against the well-being of the refuge country, its government is unlikely to comply.