by Madame Defarge, All News Pipeline: 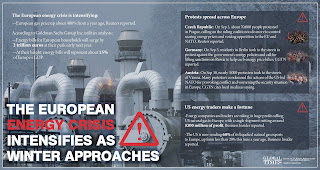 (ANP: In the 1st video at the bottom of this story, Francis Boyle, the Father of US Biological and Chemical Weapons Law, joins Infowars and warns us that the globalists are planning new bioweapons attacks upon humanity. With Dr. Boyle telling ANP weeks after the start of the COVID outbreak that COVID was ‘created in a lab‘ we’re warned in that video below to beware an ‘end game‘ type attack/false flag going forward.)

Watching the New World Order implode over miscalculations will be a very short term study. The interdependence of the world economic system has reached a critical mass. The many miscalculations of our governing elite over the past year have exceeded their normal levels of incompetence. While they have designed the system for their own benefit as usual, the result is another disaster for them and the help.

The first error made has been the financial system. A financially independent EU is rapidly losing strength. Watching Russia react to our combined financial blackmail has been quite educational. The US SWIFT program has been bypassed successfully. The US theft of Russian funds left on account was self destructive.

That combined with the seizure of Venezuela gold deposits in England have shown that the world should not expect safety in the hands of the international banking conglomerates. Even the seizure of the oligarchs’ yachts reeks of desperation caused by the poorly designed extortion attempts by our government.

While there is little current use for petro-rubles, we have shown that we are not a safe haven for international funds and it pays to have a security plan in place. Russia will continue to happily take Chinas’ payments with rubles in return for fuel.

Does anyone remember a few years ago when Russia was nearly bankrupt? Who was in charge of the report on economic consequences of freezing Russian funds? The bureaucrats certainly have done an execrable job as Russian income has not been reduced at all despite our violation of financial standards. 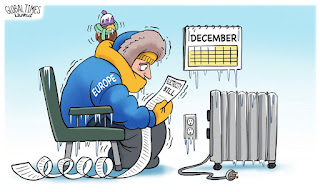 The next foolish contribution we have is the green energy program designed for global control that has reduced European stability significantly. Going to war with Russia while being dependent on them for 30% of your fuel would be hysterical if there were not so many lives at stake. What is pathetic is that the Germans are buying the same Russian fuels by paying China a nice added commission using the petro-ruble/waun combo instead of the petrodollar.

The EU had already seen their own fuel prices skyrocket before the war began. How could they ignore the obvious method of retaliation to financial attacks? Reducing gas is quick, easy and painful for the opponent. Using bombs to eliminate the flow is camouflage for the politicians.

There were the great number of pensioners in London that road the buses during the day for warmth last year. Their choice again this winter is hunger or heat. Now that same financial distress has moved into the small business community in England, many bakeries and pubs and other businesses have closed due to a doubling of fuel prices since the invasion.

In Germany steel mills are closing and now the choice for the politicians is between heat for homes and jobs. Steel requires massive amounts of power and highly paid labor. As these industries close, there are no taxes paid to fund pensions or current workers’ wages. Current national incomes will drop precipitously. Where will the money originate to keep the economy/country functioning? 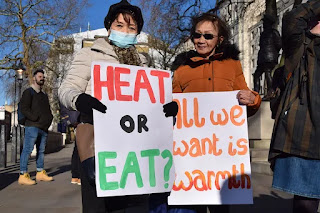 One of the announced reasons for Russia moving into Ukraine is the fear of being surrounded by a hostile NATO. By adding Sweden and Finland to the alliance, we have now confirmed their suspicions completely. While the countries’ militaries are not large they are well equipped, certainly better than Germany.

Now that the Czar has threatened nuclear war, there is little left with which to bluff. The elections Thursday in the newly acquired Russian/Ukrainian provinces are designed to provide legitimacy for military actions not seen since the usual Balkan conundrums of the 90’s. What will the geniuses in DC come up with to counter this action by the Czar?

Lastly, the natives are already growing restless all across the EU. The Swedes threw out their left wing extremist government and so have the Italians. The usual hollow threats from a powerless flunky Ursula von Himmler in Brussels are another source of amusement. When these countries are added to the Visegrad 4 group, their combination creates quite a significant opposition to the Fourth Reich which means her dreams for Reich expansion have disappeared as a wisp of smoke and collapse is in view.

The only thing that keeps this unholy mess afloat is the debt issued by the Federal Reserve at the behest of Wall Street. Billions of hours of your labor have been mortgaged to pay for this war. I am not familiar with a policy of the Fed that has been successful since 1913. There may be a small example but it does not come readily to mind.