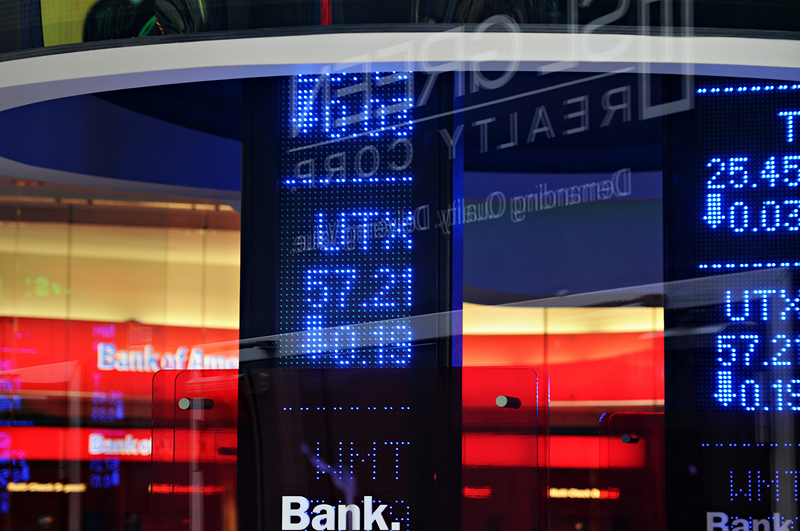 We began September on Crash Watch but ended the month on Crash Warning. Though much has changed since October began, the warning remains until further notice.

If you missed last week’s post with the “upgrade” from Watch to Warning, here’s the link. That article also includes links to all four posts we’ve written since April regarding the dangers inherent to a crash in the stonk market.

And again, to be clear, this warning applies to the U.S. and global equity markets. The move to a Warning last week was related to the worsening condition of the UK bond markets as well as several TBTF Banks. As these concerns began to be recognized late last week, the Bank of England appeared to pivot with the announcement of a renewed, but limited, QE program designed to stabilize their gilt markets.

This then prompted the idea of a “global central bank pivot” to spread across all markets, and you can see this in the sharp drop in the U.S. dollar index over the past five days:

But here’s the thing: nothing has changed. At least, not yet. The reprieve for the UK gilt market is temporary, and the situation at Credit Suisse and Deutsche Bank remains tenuous. Most importantly, the Fed is continuing in their attempt to “manage aggregate demand” by forcing lower U.S. equity prices. See below: 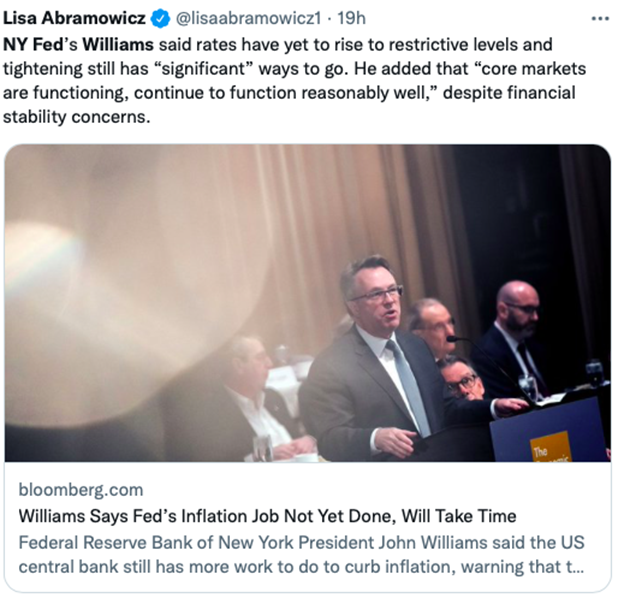 So it should be clear that what you’ve witnessed over the past few days is not The Pivot. Instead, you’ve simply gotten a hint and a prelude of what’s to come when The Pivot finally arrives.

As we’ve maintained all through 2022 and wrote about in our annual forecast back in January, a stonk market crash will drive The Pivot, and the Fed has yet to fully engineer that outcome.

How will we know that the skies have cleared and that the final Fed pivot is either pending or upon us? Let’s revisit that chart above of the U.S. dollar index. Remember, the dollar is only perceived as “strong” because the other major fiat currencies are considered to be weak. The euro, the yen, and the pound are all at multi-year lows as their issuing central banks are captive to their own issues. Once the Fed is forced to admit its own entrapment, the DXY will roll over sharply and this, in turn, will drive a renewed bull market in all “risk assets”.

So let’s take that chart of the dollar index, stretch it out, and add a few technical indicators:

This current selloff, while significant, has yet to even come near that 50-day moving average—which, as you can see, has provided support for the uptrend on multiple occasions over the past year. Only when the 50-day is significantly breached will we be able to start considering that the index has topped. And only when the index has topped will we be able to consider that the Fed has begun or is actively considering The Pivot.

As such, our Crash Warning remains. There is still a material risk that the S&P could fall toward the 3000 level before the Fed finally relents. That sort of selling would prompt margin call-induced selling across ALL markets, and though the risk of deeper lows in the COMEX metals seems low at present, they can’t be ruled out either.