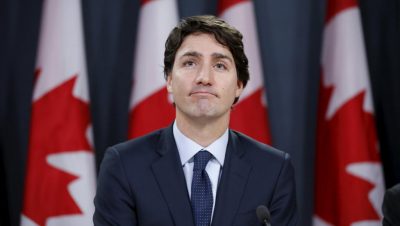 Justice Gagné has decided not to hand down a ruling on a particular group of cases alleging that the Trudeau government violated Canada’s constitution with its prohibition on air and rail travel for the unvaccinated.

The cases were put before the courts by litigants who accused the Canadian government of violating the mobility rights of Canadians as recognized and affirmed in the Canadian Charter of Rights and Freedoms.

The Honorable Brian Peckford, former Premier of Newfoundland and Labrador, has been the most visible and outspoken public proponent of the core principles that have now been denied their day in court by Associate Chief Justice Gagné. In 1981 Premier Peckford helped draft the Charter. He was one of the ten provincial and federal First Ministers who led their governments in ratifying the Charter as part of a larger package of constitutional amendments known as Constitution Act 1982.

In his public explanation to Canadians of his decision to use the courts as a means of trying to force the Trudeau government to respect the rights and freedoms of Canadians as articulated in the Charter, he described the document at issue as Canada’s “National Law.” According to Peckford, the dismissive treatment of the Charter, first by the Trudeau government and now by the Federal Court, is reflective of Canada’s sorry “state of acquiescence and servitude unworthy of our history.” See this.

Justice Gagné based her decision on her acceptance of the Trudeau government’s argument that the matter was “moot.” She accepted the submission of the lawyers representing the federal government that the federal travel restrictions have been suspended since June, so there are no longer any pressing issues to be addressed.

In response to Justice Gagné’s decision, the legal council for the applicants that brought the cases against the Canadian government commented, “the travel mandate represents one of the most egregious infringements of Canadians’ mobility rights in Canadian history, and in our view, striking the law suit out before it is heard– and while the Canadian Prime Minister continues to threaten Canadians with further COVID restrictions, is a grave injustice.” See this.

We are now almost three years into the manufactured COVID crisis. Throughout this period the judiciary in Canada has neglected to do due diligence by clarifying for we the citizens how to navigate the stark legal contradiction that has engulfed the Canadian polity since the celebrity virus began to be featured as the primary subject in world news.

This contradiction sets the Charter of Rights and Freedom adopted in 1982 against the COVID restrictions and mandates imposed by the federal and provincial governments. The Charter was meant to protect not only mobility rights but the full array of individual rights including those of freedom of expression, assembly, religion, and bodily autonomy. As in many countries, the individuals’ rights once proclaimed as sacrosanct were made to sink beneath the weight of the COVID restrictions and mandates. For instance, many have faced all manner of discriminatory recriminations, including loss of employment and access to education, for opting not to receive government-mandated jabs that we now know have killed and injured many millions worldwide.

This state of affairs in the ill-defined twilight zone between Canadians’ Charter of rights and the coercive impositions of government dictates even into the actual bodies of the Canadian people, remains shrouded in uncertainty. Our governments have been pushing us coercively in one direction while the apparent force of Canada’s “supreme law”– including the Charter– attracts us in the opposite direction.

The creation of such tension, confusion and uncertainty in determining what conduct lies inside or outside the rule of law is not conducive to social stability, sound economic interactions, or personal wellbeing.  Many police officers throughout Canada have been put in especially stressful positions. Their higher conscience and sense of personal duty may draw many police officers to use their professional discretion in order to uphold the Charter. Concurrently, their sense of responsibility as, for instance, the primary breadwinners of their families might cause police officers to simply follow the orders emanating from very politicized chains of command. One such chain leads upwards to the anti-Charter zealots presently inhabiting the Office of the Canadian Prime Minister.

The dilemma facing police officers is representative of the conflicts experienced by many. Since 2020 countless variations of the widespread phenomena of conflicting loyalties have permeated human interactions across many realms of personal and collective activity.

The courts are the only institutions in a position to legally resolve the widespread conflict of interest, loyalties, perceptions, and actions. But for some cruel and unexplained reason, the judiciary right up to the Supreme Court of Canada have denied the Canadian people the sole remedy that would have injected a degree of certainty into the unfolding fiasco that since 2020 has destabilized the world in such deep, pervasive and proliferating ways.

The judiciary has been playing fast and loose with the rule of law during the duration of this WHO-declared pandemic. This judicial folly is now highlighted and symbolized by Justice Gagné’s atrocious decision. From her judicial podium Justice Gagné has declared that the issues raised by the most intrusive and far-reaching government attacks ever in Canada on individuals’ rights, freedoms and liberties have simply become “moot.” Unfortunately this kind of low-end thinking at the high-end of power is all-too-typical of the sad state of Canada after seven years of Justin Trudeau’s reign of increasingly inept and irresponsible governance.