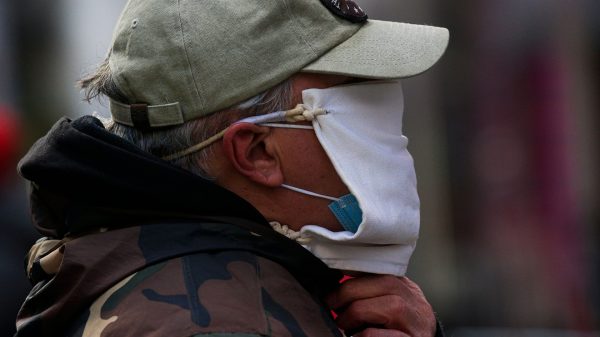 The mainstream media is desperately trying to continue to panic the masses over  COVID-19. There is an apparent new wave starting in Europe.

Reading into these articles a little more you can find the propaganda and it doesn’t take long. In fact, CNN wrote:

Omicron subvariants BA.4/5 that dominated this summer are still behind the majority of infections, but newer Omicron subvariants are gaining ground. Hundreds of new forms of Omicron are being tracked by scientists, World Health Organization (WHO) officials said this week.-CNN

The ruling class’s mouthpiece needs everyone to blame the lack of vaccination for any future colds or cases of flu that start circulating.

World Health Organization data that was released late on Wednesday showed that cases in the European Union reached 1.5 million last week, up 8% from the prior week, despite a dramatic fall in testing. Globally, case numbers continue to decline. Hospitalization numbers across many countries in the 27-nation bloc, as well as Britain, have gone up in recent weeks.

The real problem is that people aren’t being forced to get injected according to the mainstream media propaganda outlets.. CNN even puts the word “choice” in quotations.

Omicron-adapted vaccines have launched in Europe as of September, with two types of shots addressing the BA.1 as well as the BA.4/5 subvariants made available alongside existing first-generation vaccines. In Britain, only the BA.1-tailored shots have been given the green light.

European and British officials have endorsed the latest boosters only for a select groups of people, including the elderly and those with compromised immune systems. Complicating matters further is the “choice” of vaccine as a booster, which will likely add to confusion, public health experts said. -CNN

The ruling classes obviously can’t let people figure out they have free will and don’t have to be slaves. That would ruin everything the sociopaths have planned.