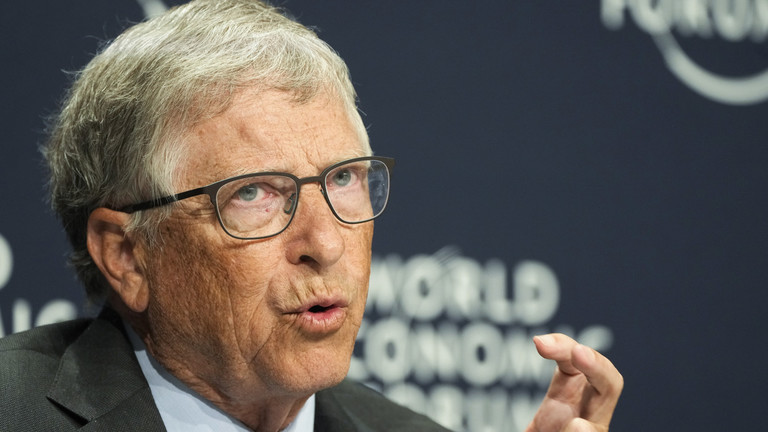 Microsoft founder Bill Gates has said Europe may face a “very scary situation” this winter, warning that surging energy prices across the region could mean that people will be unable to heat their homes, amid efforts by some nations to ditch Russian energy without any viable alternatives.

Speaking to Bloomberg journalist Akshat Rathi for a podcast episode on Thursday, Gates was asked to comment on the “spectacularly bad” prospects for Europeans due to increasingly high energy prices this winter, saying that extremely low temperatures could be disastrous.

“The difference in the amount of natural gas you need in a very cold winter versus a mild winter will surprise people. It’s almost a factor of three,” he said. “So you better be hoping it’s a fairly mild winter… If it’s a very harsh winter, the tradeoffs are very, very difficult, including clamping industrial use [of energy] in large part, which people aren’t really ready for.”

Gates was skeptical about declarations from some Western countries that they would halt Russian energy purchases in retaliation for the conflict in Ukraine, suggesting Europe will have to remain dependent on those imports for some time to come.

“So when people say to me, ‘Hey, we love your climate stuff, because we can tell [Russian President Vladimir] Putin we don’t need him,’” he continued, adding sarcastically, “I say, ‘Yeah, 10 years from now. Call him up and tell him you don’t need him.’”

Gates claimed that reactivating coal plants and relying on other less green energy sources is “pragmatic” and will even be “good for climate” in the long run, while “in the short range, you just have to find any solution, even if that means emissions are going to go up.”

The former Microsoft executive also went on to describe the difficulties of climate activism, noting that he is effectively “asking society” to “walk away” from cheaper and longer-lasting alternatives for the sake of the planet, even going as far as to suggest that some environmental problems may never have a solution.

“I don’t think it’s realistic to say that people are utterly going to change their lifestyle because of concerns about climate,” Gates said. “You can have a cultural revolution where you’re trying to throw everything up, you can create a North Korean-type situation where the state’s in control. Other than immense central authority to have people just obey, I think the collective action problem is just completely not solvable.”

Even if all of the world’s “rich countries” simply disappeared, they would only account for less than one-third of global carbon emissions, Gates said, adding “So the excesses of the rich countries … even curbing those completely out of existence is not a solution to this problem.”