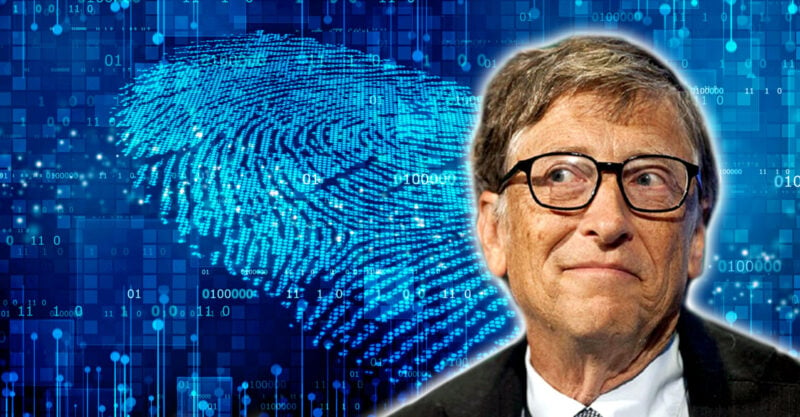 The Bill & Melinda Gates Foundation this month announced $200 million in new funding — part of an overall $1.27 billion commitment in support of “global health and development projects” that include creating a global digital ID system.

The $200 million in new funding — part of an overall $1.27 billion commitment by the BMGF in support of “global health and development projects,” is closely tied to Goal 16.9 of the SDGs, for which “digital identity programs are supposedly needed,” Reclaim the Net reported.

The funding adds to several existing BMFG-supported global digital ID initiatives, even as such initiatives come under fire for violating people’s right to privacy.

Michael Rectenwald, author of “Google Archipelago: The Digital Gulag and the Simulation of Freedom,” said that far from promoting an improved digital infrastructure or “global health and development,” digital identity will have more onerous applications.

“Of all the other means of identifying and tracking subjects, digital identity poses perhaps the gravest technological threat to individual liberty yet conceived.

“It has the potential to trace, track and surveil subjects and to compile a complete record of all activity, from cradle to grave.”

Rectenwald said these more onerous applications of digital identity are what the BMGF and other similar entities find appealing:

“Digital identity will serve as a means of coercion and enforced compliance with the outrageous demands of a vaccine regime that will have no end.

“It is no wonder that the Bill & Melinda Gates Foundation is funding this invasive, rights-abrogating technology, given Gates’ investments, both financially and ideologically, in coercive neo-Malthusian and arguably eugenics-friendly methods.”

Commenting on the $200 million investment, the BMGF said:

“This funding will help expand infrastructure that low and middle-income countries can use to become more resilient to crises such as food shortages, public health threats, and climate change, as well as to aid in pandemic and economic recovery.”

Additionally, according to the BMGF, such infrastructure “encompasses tools such as interoperable payment systems, digital ID, data-sharing systems, and civil registry databases.”

The announcement came during the two-day Goalkeepers event in New York City held in parallel with the annual session of the UN General Assembly, and one week after the release of the BMGF’s “Goalkeepers Report” for 2022.

The 2022 Goalkeepers Report warned that progress toward achieving most SDGs by 2030 is off track, in part due to a myriad of global crises in the past two years that reversed previous progress in meeting the targets.

The report also highlighted biometrics as one of the technologies required to achieve the equitable redistribution of wealth and resources in economically developing countries — a goal also contained within the SDGs.

Participants in this year’s Goalkeepers event — the first held in person since 2019 — stressed the need for a renewed commitment to meeting the SDGs by the 2030 target.

“We can get back on track toward the SDGs, but it’s going to take a new level of collaboration and investment from every sector.

“That’s why our foundation is significantly stepping up our commitment to helping confront crises now and ensure long-term impact across critical determinants of health and development.”

Gates is invested in digital ID initiatives around the world, not only through the BMGF but also personally and through Microsoft.

For instance, the BMGF is a supporter of MOSIP, an India-based open-source digital ID platform.

On its website, MOSIP provides “a robust scalable and inclusive foundational identity program” and “an open source platform on which national foundational IDs are built.”

The BMGF is also a partner of Gavi, The Vaccine Alliance, which in 2018, through its INFUSE (innovation for uptake, scale and equity in immunization) initiative, advocated in favor of digital IDs for kids:

“This future is possible today. With the latest advances in digital technologies that enable more effective ways to register, identify births and issue proof of identity and authentication for access to services — we are on the brink of building a healthier and more prosperous future for the world’s most vulnerable children.”

This would be accomplished by “calling for innovations that leverage new technologies to modernize the process of identifying and registering the children who are most in need of life-saving vaccines.”

The INFUSE initiative supports a digital ID for children from the moment they are born, claiming that “digital records can make it convenient to track a child’s vaccines and eliminate unnecessary paperwork.”

According to INFUSE, as children grow, “their digital health card can be used to access secondary services, such as primary school, or ease the process of obtaining alternative credentials.”

“The digital health card could, depending on country needs and readiness, potentially become the first step in establishing a legal, broadly recognized identity,” INFUSE concluded.

Investigative reporter Leo Hohmann described the initiative as “all about data collection,” having “nothing to do with health” but instead bringing “the current generation of children into the blossoming global digital identity system.”