The following is from a great (although quite alarming) article from Israel.

Despite the lack of clinical studies, and even animal safety studies, health authorities did not hesitate to give the green light to the administration of Pfizer’s and Moderna’s mRNA vaccines to pregnant and lactating women a few weeks after they themselves stated that they did not have such studies.

In Israel, the MOH even made a U-turn in a record time of four days, when already on December 20 a recommendation was issued for pregnant and lactating women to get vaccinated. Nevertheless, the issue of vaccine safety for breastfed infants is hardly discussed.

An analysis conducted by the Real-Time Magazine team reveals that at least 648 cases of side effects in infants vaccinated with the COVID-19 vaccines – most of them with the mRNA vaccines, including deaths and life-threatening side effects, have been reported to the US VAERS system.

The most common serious events were life-threatening bleeding; anticholinergic syndrome; Liver problems; anaphylactic shock; neuroleptic syndrome; neurological side-effects such as convulsions or encephalitis; and Hypoglycemia. In most of the reported cases, several life-threatening side effects were recorded in the same baby. 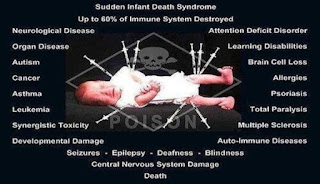 “I was breastfeeding my son at the time. I pumped within an hour of receiving the shot. My 5 month old son nursed the night following the shot and later ate the pumped milk that I acquired the same day of the shot. 11 days later he was found unresponsive during his nap at daycare. It is not clear how long he was unresponsive for until found by babysitter. He was immediately rushed to the hospital and doctors were able to get his heart beating again with excessive effort. Organ damage was extensive and he had no brain function, he did not recover. He passed away 13 days after I received the shot”. The VAERS report says: “Died? No Recovered? No”.

This shocking description, a report by a mother who lost her baby, a five-month-old breastfed infant, 13 days after receiving the Pfizer COVID-19 vaccine and breastfeeding him, is taken from the VAERS system – the American Adverse Event Monitoring System (case number 1505306).

As can be learned from the report, the mother received the vaccine on January 28, very shortly after the FDA recommended that pregnant and lactating women receive the COVID-19 vaccine. Alarmingly, this is not the only report of a baby being harmed or dying after being exposed to the mRNA vaccine through breastfeeding.

In another chilling report (case number 1166062) by a mother, dated March 17, 2021, a case of another breastfed baby, also five months old, who died just one day after his mother was vaccinated during a work day is described. The next day, March 18, 2021, the baby felt ill, developed a fever and a rash, refused to eat and cried non-stop. The write-up said:

“Patient brought baby to local ER where assessments were performed, blood analysis revealed elevated liver enzymes. Infant was hospitalized but continued to decline and passed away. Diagnosis of TTP. No known allergies. No new exposures aside from the mother’s vaccination the previous day”. 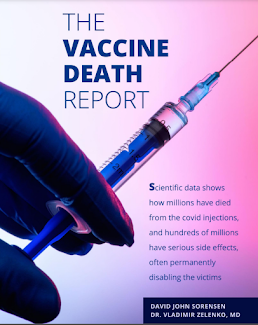 What was the cause of the two babies’ deaths? Is it possible that their deaths were related to the fact that their mothers were vaccinated a few days earlier, and that they were exposed to the mRNA vaccine through breastfeeding?

Amazingly, although health authorities around the world began vaccinating breastfeeding women shortly after the FDA granted Pfizer the emergency permit, without having carried out studies in this sensitive population or even toxicity studies in animals, and even though more than a year and a half have passed since then and many millions of breastfeeding women around the world have already been vaccinated – the health implications of the mRNA vaccine on nursing babies are almost never considered or discussed significantly.

In order to try to get an answer to this question, even if only a partial one, Real Time Magazine conducted an analysis of the reports to the VAERS system on adverse events among nursing infants whose mothers were vaccinated. From the analysis, which is a continuation of the previous one we conducted on VAERS reports on babies who were themselves vaccinated, it appears that the stories presented above represent a phenomenon with a very large scope.

As mentioned, at the time the analysis was conducted, there were 648 reports registered in the VAERS system on babies who suffered adverse events after being exposed to COVID-19 vaccines through breastfeeding. In some cases, these are serious and even life-threatening adverse events, of which, 3 confirmed deaths have been reported, and in other cases, it is not clear what happened to the babies – did they recover, do they continue to suffer from health problems, or whether they died.