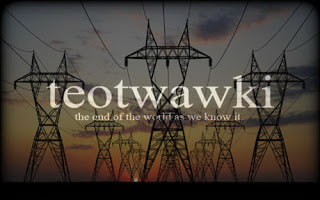 While the NWO globalists continue targeting America with relentless weather warfare attacks as pointed out in this September 7th State of the Nation story, particularly targeting ‘red states‘ such as Florida, most Americans are missing out on the ‘big picture’ when it comes to how ‘weather warfare’ plays a HUGE role in many of the problems America and the world faces now.

From catastrophic drought conditions to food shortages to the massive energy shortages just ahead that are just now beginning to come into focus, how different would your life be if suddenly and without warning, you no longer had any electrical power, and there were no answers when you’d be getting it back?

With Europe already facing potentially grave and deadly energy shortages this Winter that will surely bleed over into the US as Brandon Smith had pointed out in this new Alt-Market story, Business Insider published a story Friday morning which expanded on Smith’s story even further. Titled “Get ready for blackouts from London to LA, which will force people worldwide to either pay more or put their health in jeopardy,” that story kicked off with the following two sentences hinting of disasters ahead.:

Stock up on batteries, candles, and non-perishable snacks. Blackouts are coming.

Warning within the next section of that story that it won’t be just the UK and Europe that feel the sting from Russia holding back energy over the ongoing war in Ukraine and Western responses, but the US as well, while the grid going down long term in the sweltering heat of Summer time can cause quite a mess, the grid going down long term in the Winter time can be downright deadly as Texas residents learned back in February of 2021 after a blizzard caused their grid to go down, leading to at least 246 deaths and possibly up to 750 according to a Buzzfeed News story.

So with the very real potential that a long term grid down scenario in America could lead to a countless number of deaths as the masses suffer due to their lack of preparedness, the following excerpt from this Business Insider story lays it on the line for us, giving us another great reason to makes sure we’re prepared.:

For the first time in decades, the western world is preparing for widespread and rolling energy shortages. The US, UK, and EU have all been squeezed by Russia’s invasion of Ukraine, soaring costs for electricity and fuel, and record-breaking heat waves. While fall is just around the corner, the worst of the energy strain is likely still to come.

Even wealthy nations won’t be spared, at least without broad broad policy change and private-sector overhauls. Add in the accompanying economic costs and extreme health risks, and you have a very difficult situation.

In California, it will materialize as outage warnings and restrictions on your air conditioning. Then in coming years, Texans, Illinoisans, and Missourians will join the suffering of their west coast peers amid sweltering heat and rolling blackouts.

So while that story speaks of ‘the coming years,’ as countless people in Texas found out back in 2021, they didn’t have that long to wait to make sure they were prepared. And because that ‘worst case scenario‘ of an ‘electrical grid down‘ arrived with deadly cold weather along with it, those who put off getting an alternative power source or having an alternative heat source may have paid with their lives. So we’ll be looking at making sure we’re ready to survive whatever winter throws at us in this story. 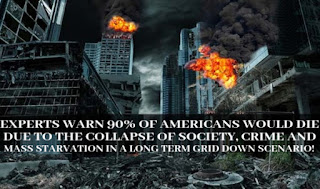 While according to this new story by Ethan Huff over at Natural News, one PhD economist says the energy and financial situation in Europe is “much worse than many understand,” with Tuomas Malenin PhD warning of utter mayhem in Europe in just weeks or months, while it’s being warned right now that it could take trillions in US dollars to bail out Europe’s flagging energy sector because the bad policies that created the crisis are still in place, we could say the same thing about what’s going on here in the USA.

As Mike Adams had warned in this September 5th Natural News story titled “DARK TIMES: Industry and infrastructure collapsing by the day across Europe and the USA,” things aren’t all that much better here in the US than in Europe, and they’re growing worse every day under Joe Biden and Democrats. From Mike’s story.:

In yet another truly astonishing announcement that demonstrates the desperation of this hour, German steelmaker ArcelorMittal, one of the largest steel production facilities in Europe, has shuttered operations due to high energy prices. (See their announcement here, in German.)

“With gas and electricity prices increasing tenfold within just a few months, we are no longer competitive in a market that is 25% supplied by imports,” said CEO Reiner Blaschek.

This comes after announced closures of aluminum smelters, copper smelters and ammonia production plants over the last few weeks. Ammonia — necessary for fertilizer — is now 70% offline in the EU.

Adding to the misery, in just the last 24 hours, Russia announced a complete ban on natural gas exports to Europe until the West’s economic sanctions are lifted. This means the Nord Stream 1 pipeline is now shuttered for the foreseeable future, since delusional NATO countries are incapable of correcting their errors and backing down from Russia.

With steel and other industrial metals also offline, one wonders how Western Europe is supposed to function over the next six months of winter:

No steel = No industry (or industry jobs)

No fertilizer = No food

No natural gas = No electricity or heat

In essence, three of the pillars that allow a modern society to function are being severely crippled by economic sanctions and sky-high energy prices across Europe.

And it’s only the first week of September. The cold weather hasn’t even arrived yet. No matter how much natural gas is already stored for the winter, Europeans are facing both sky-high costs and scarcity on a level that hasn’t been experienced since World War II.

Warning then in his story of rolling blackouts in California aka Collapsifornia, an entire municipal water system failing in Jackson, Mississippi and much, much more, Adams concluded that story with the following dire warning that shows where America is headed, especially once you realize it’s all by design.