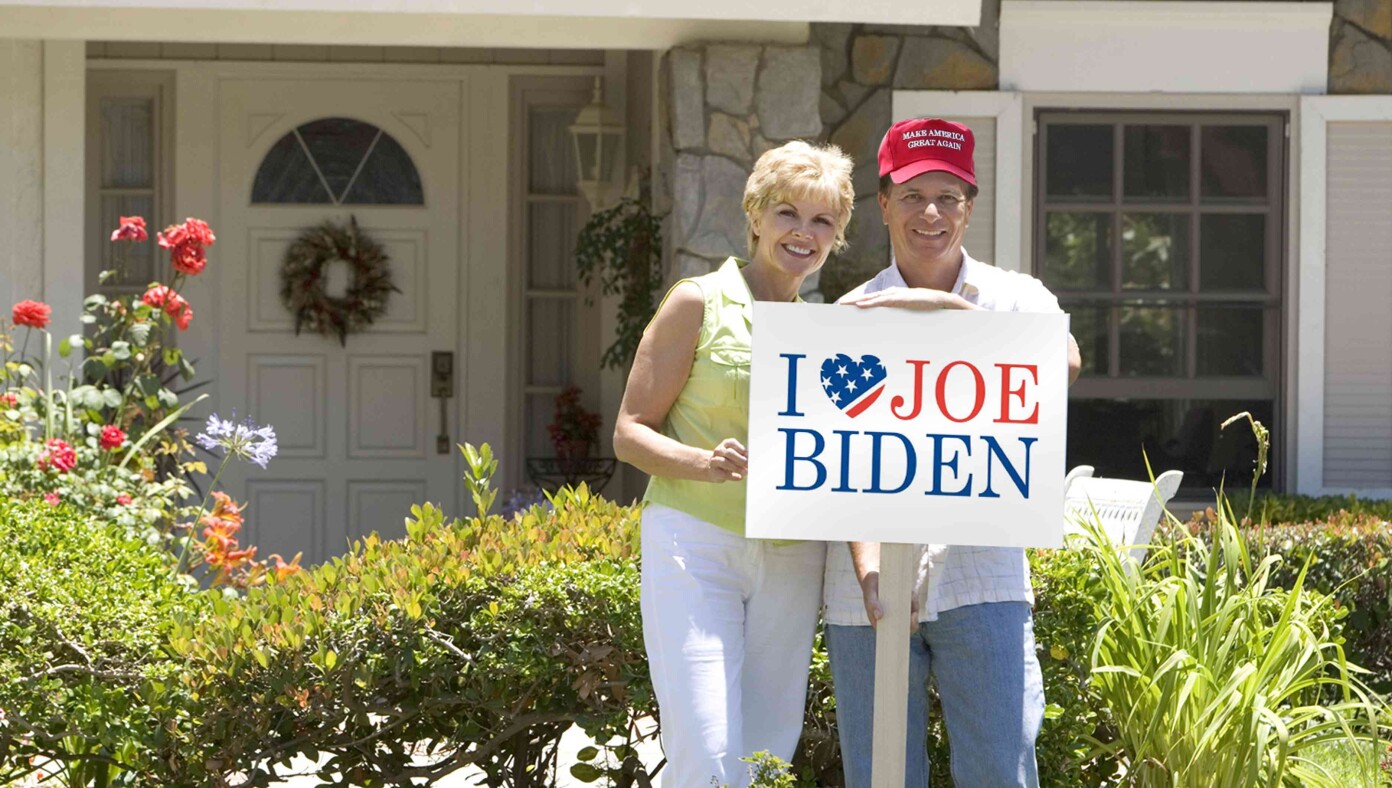 LEE’S SUMMIT, MO — In an effort to escape the wrath of a weaponized federal government, supporters of former president Donald Trump are placing Biden signs in their yards with the hope that it will cause the FBI to pass over their houses.

“Of all the different catastrophes plaguing the country these days, we expect these FBI raids to be the worst,” said Josh Wears as he hammered the post bearing the Biden sign into his front yard. “If we make it look like we’re devoted Biden followers, maybe the regime will have mercy on us and we’ll be spared.”

Fears have grown among conservatives as they have watched the Biden administration unleash a series of devastating plagues on the United States, including crushing inflation, oppressive gas prices, high unemployment, and rising taxes. It only stands to reason, some say, that new waves of FBI raids are imminent.

“We’ve heard about the great exodus of conservatives leaving places like California, so we need to be ready for anything,” Josh’s wife Monique Wears said as she hurriedly prepared some unleavened bread. “Placing the Biden sign in the yard is just one of the ways we can be prepared for the coming storm. Plus, Biden’s goons are probably dumb enough to be fooled by a yard sign anyway.”

At publishing time, the Wears family was holding out hope that this ruse would do the trick. “I’m not sure what else we can do to avoid detection,” Josh said as he surveyed the yard sign. “Painting the blood of a MAGA republican on our doorposts might be the next step.”