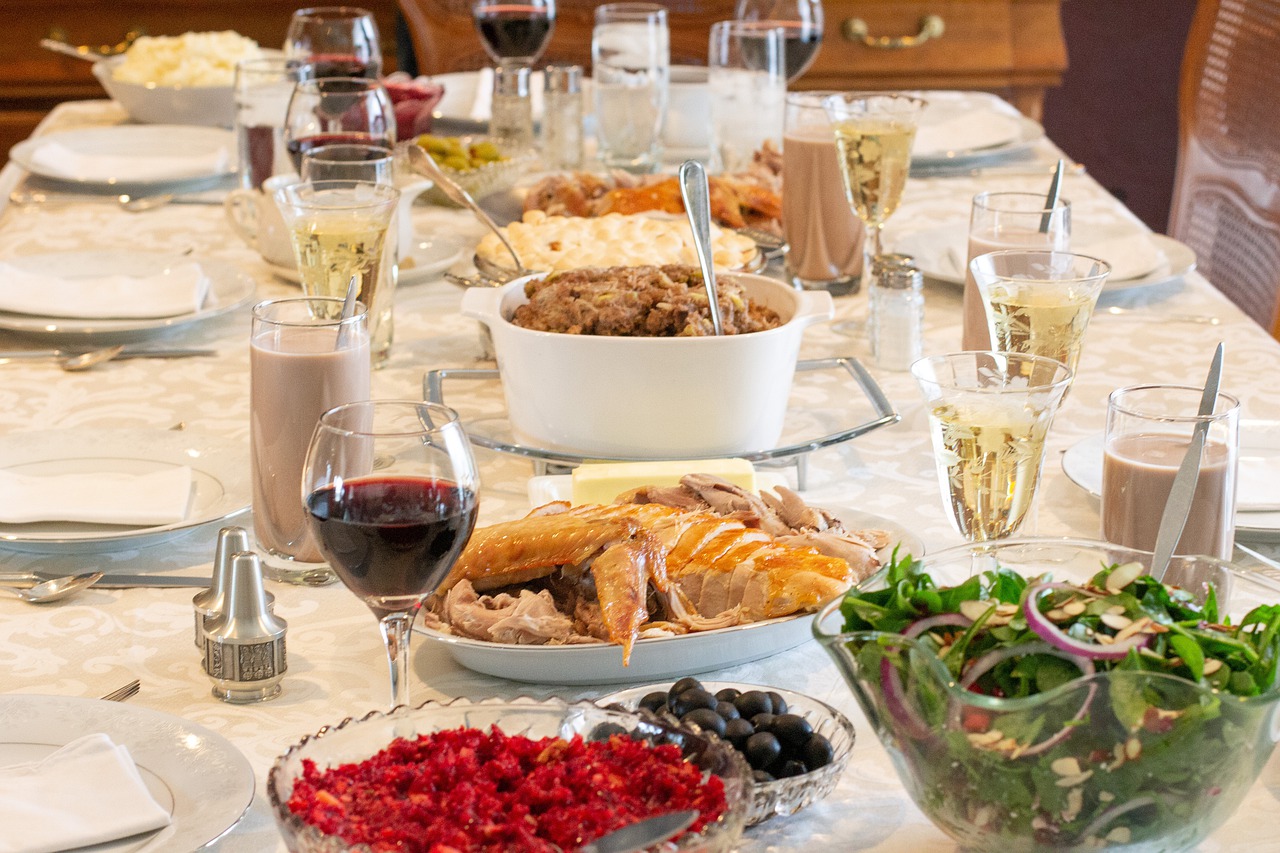 If you love to cook, this upcoming Thanksgiving may be a real challenge for you.  Thanks to a resurgence of the bird flu, supplies of turkey are getting tighter and tighter.  Sadly, the same thing is true for eggs.  And as you will see below, reduced milk production is sending the price of butter into the stratosphere.  Thanks to soaring prices, a traditional Thanksgiving dinner will be out of reach for millions of American families this year, and that is extremely unfortunate.  Of course all of this is happening in the context of a horrific global food crisis that is getting worse with each passing day.  Yes, things are bad now, but they will be significantly worse this time next year.

The bird flu pandemic that has killed tens of millions of our chickens and turkeys was supposed to go away during the hot summer months, but that didn’t happen.  And now that the weather is starting to get colder again, there has been a resurgence of the bird flu and this is “devastating egg and turkey operations in the heartland of the country”…

Turkeys are selling for record high prices ahead of the Thanksgiving holiday as a resurgence of bird flu wipes out supplies across the US.

Avian influenza is devastating egg and turkey operations in the heartland of the country. If just one bird gets it, the entire flock is culled in order to stop the spread. Millions of hens and turkeys have been killed in recent weeks. As a result, prices for turkey hens are nearly 30% higher than a year ago and 80% above pre-pandemic costs. Just as concerning are inventories of whole turkeys, which are the lowest going into the US winter holiday season since 2006. That means there will be little relief from inflation for Thanksgiving dinner.

In the months ahead, we could see tens of millions more chickens and turkeys get wiped out.

Egg prices have already tripled in 2022 and the price of turkey meat is up 60 percent.  Unfortunately, this is likely just the beginning…

Turkey hens are $1.82 a pound this week, according to Urner Barry, compared to $1.42 last year and $1.01 before the pandemic. Meanwhile, wholesale egg prices are at $3.62 a dozen as of Wednesday, the highest ever, up from a previous record of $3.45 a dozen set earlier this year, said John Brunnquell, chief executive officer of Egg Innovations, one of the biggest US producers of free-range eggs. Consumers have seen prices for eggs at grocery stores triple this year, while turkey meat rose a record-setting 60%, according to a Cobank report.

Meanwhile, supplies of butter are steadily getting tighter as well…

Lower milk production on U.S. dairy farms and labor shortages for processing plants have weighed on butter output for months, leaving the amount of butter in U.S. cold storage facilities at the end of July the lowest since 2017, according to the Agriculture Department.

Tight supplies have sent butter prices soaring at U.S. supermarkets, surpassing most other foods in the past year. U.S. grocery prices in August rose 13.5% during the past 12 months, the largest annual increase since 1979, according to the Labor Department. Butter outstripped those gains, rising 24.6% over the same period.

The trends that are driving up the price of butter aren’t going away any time soon, and so we are being warned to brace ourselves for “elevated” prices for the foreseeable future…

The forces at work in butter highlight the challenge of curtailing inflation. Economic pressures fueling high prices for livestock feed, labor shortages and other factors could persist, keeping prices for the kitchen staple elevated longer term.

To me, slathering a piece of warm bread with a huge chunk of butter is one of the best things about Thanksgiving.

And most of us will continue to buy butter no matter how high it goes.

But the truth is that rapidly rising food prices are forcing vast numbers of Americans to adjust their shopping habits.  Here is one example…

For Carol Ehrman, cooking is a joyful experience.

“I love to cook, it’s my favorite thing to do,” she said. She especially likes to cook Indian and Thai food, but stocking the spices and ingredients she needs for those dishes is no longer feasible. “When every ingredient has gone up, that adds up on the total bill,” she said.

The global food crisis is starting to hit home for many ordinary Americans, and we need to understand that this crisis is still only in the very early chapters.

David Beasley is the head of the UN World Food Program, and he is actually using the word “hell” to describe what is potentially coming in 2023…

“If we don’t get on top of this quickly — and I don’t mean next year, I mean this year — you will have a food availability problem in 2023,” he said. “And that’s gonna be hell.”

The World Food Program keeps sounding the alarm, but very few of us in the western world seem to be taking those warnings very seriously.

People are literally dropping dead from starvation in some areas of the globe right now, and a new report that the WFP just released says that there are 19 “hotspots” where we could see a “huge loss of life” between October and January…

World Food Programme (WFP) and the Food and Agriculture Organization of the United Nations (FAO) are out with a new report outlining countries that “are either already starving or on the brink of disaster.”

WFP and FAO found 19 hunger hotspots worldwide, with most countries in Africa, the Middle East, and even some in Central America. They call for urgent humanitarian action between October 2022 and January 2023 to avoid “huge loss of life.”

The sort of famines that we were warned about are already starting to happen right in front of our eyes, but most people simply will not care as long as they are not going hungry themselves.

What those people do not realize is that this global food crisis is going to continue to spread.

As supplies of food get tighter and tighter, prices will continue to soar and shortages will become more common.