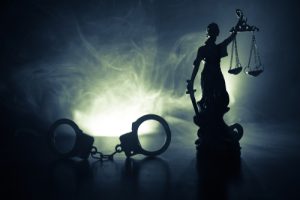 The PBA represents 50,000 retired and active police officers in the NYPD. Disgraced former mayor Bill de Blasio imposed the vaccine mandate at a time when 68% of the force was unvaccinated. Mayor Eric Adams was no better as he fired nearly 1,500 city workers over failure to comply. That includes workers in short supply such as school teachers. Adams intends to keep the requirement in place for public workers, but organizations are fighting back.

“This decision confirms what we have said from the start: the vaccine mandate was an improper infringement on our members’ right to make personal medical decisions in consultation with their own health care professionals,” PBA President Patrick Lynch said in a statement. “We will continue to fight to protect those rights.” Others now want the same protections. “It’s a double standard to not apply the same to our cops, firefighters, teachers and sanitation workers,” Republican Rep. Nicole Malliotakis stated, citing that Biden himself said the pandemic was over.

Private sector employees in New York are free from vaccine mandates. Children may now attend school without the useless vaccine. It is only a matter of time before the public sector follows as the government has milked the COVID cow dry.