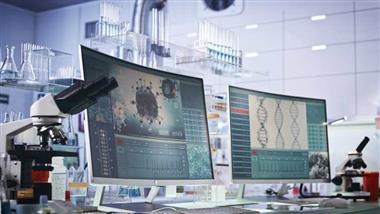 Just when you thought the U.S. Food and Drug Administration couldn’t possibly get any worse, they prove you wrong. Here are two recent COVID booster campaign messages tweeted out by the FDA: 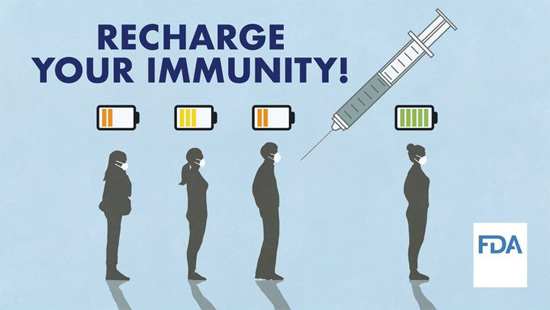 That’s right. The FDA now wants you to believe that your immune system is something that needs to be “recharged,” as if it were a battery, or “updated” with mRNA injections like a piece of software.

This is transhumanist lingo that has no bearing on real-world biology or physiology, and proves beyond doubt that the FDA is fully onboard with the transhumanist ideas of technocracy pushed by the globalist cabal. The human body is basically viewed as nothing more than a biological platform equipped with genetic software that can be altered and updated at will.

The problem, of course, is that your body doesn’t work that way. You cannot turn your body into a “bioreactor”3 or an internal “vaccine-production facility”4 and expect it to work as intended. The massive increase in disability and sudden death among COVID jab recipients is a testament to the fact that allowing Big Pharma to play God is a bad idea.

Transhumanism as a whole is a pipe-dream, as it fails to take into account just about everything that actually makes us human, including the nonlocality of consciousness, which they irrationally believe can be uploaded to a cloud-based system and merged with AI, or downloaded into an artificial body construct, such as a synthetic body.

The Federal Trade Commission is responsible for addressing fraudulent advertising. According to law, an ad must be “truthful, not misleading, and, when appropriate, backed by scientific evidence.”5 The FDA itself also requires drug ads to be “truthful, balanced and accurately communicated.”6

“Balanced” refers to promotional materials that include efficacy and benefit claims, which must include a balance between benefit information and information about risks. In my view, the FDA’s most recent COVID booster ads are clear examples of false advertising, because:

Was No-Test Drug Approval the Plan All Along?

While I cannot prove it, I suspect Operation Warp Speed (OWS) — devised in the spring of 2020 by a dozen top officials from then-President Trump’s health and defense departments to expedite the development of a COVID-19 vaccine8 — may have been intended to normalize the approval of drugs without proper testing.

Even if the normalization of expedited drug approval wasn’t originally intended, it certainly has been used and abused to that aim since. In June 2022, the FDA quietly implemented a “Future Framework” scheme9 to speed up the delivery of COVID boosters. This is what allows for the authorization of reformulated COVID shots without human trials.10,11,12

The FDA basically rewrote the rules on the fly, deciding that mRNA gene therapies are equivalent to conventional influenza vaccines and can be updated and released without testing.

The idea here is that the safety of the mRNA COVID shots has already been proven by the original shots, which they claim have harmed or killed no one. Hence, safety is a given, and the effectiveness of reformulated boosters can be assessed simply by checking the antibody levels in a few mice, which is what Pfizer and Moderna did.

In reality, however, millions of people around the world have been harmed and killed by the original shots, the human trials for those shots were riddled with fraud, antibody levels tell us nothing about the jab’s ability to protect against infection, and the two technologies (conventional flu vaccines and mRNA gene therapy) have no common ground.

I have no doubt this “Future Framework” will also, over time, be widened to include other vaccines and drugs that drug makers may want to tinker with. It may even lower standards for drug trials in general, which historically have required at least 10 years of multiphase testing.13 The dangers of this trend really cannot be overstated.

In a September 12, 2022, article, Kaiser Health News raised several questions about the FDA’s authorization of the new bivalent COVID boosters:14

“… in the real world, are the omicron-specific vaccines significantly more protective — and in what ways — than the original COVID vaccines so many have already taken? If so, who would benefit most from the new shots? Since the federal government is purchasing these new vaccines … is the $3.2 billion price tag worth the unclear benefit? …

The FDA could have requested more clinical vaccine effectiveness data from Pfizer and Moderna before authorizing their updated omicron BA.5 boosters. Yet the FDA cannot weigh in on important follow-up questions: How much more effective are the updated boosters than vaccines already on the market? In which populations?

And what increase in effectiveness is enough to merit an increase in price (a so-called cost-benefit analysis)? Other countries, such as the United Kingdom, perform such an analysis before allowing new medicines onto the market, to negotiate a fair national price …

As population immunity builds up through vaccination and infection, it’s unclear whether additional vaccine boosters, updated or not, would benefit all ages equally … The CDC’s Advisory Committee on Immunization Practices considered limiting the updated boosters to people 50 and up, but eventually decided that doing so would be too complicated.”

In related news, a shocking risk-benefit analysis15 looking at the impact of booster mandates for university students concluded that:

That means mandating a third COVID shot for university students will result in “a net expected harm.” The authors also stress that “Given the high prevalence of post-infection immunity, this risk-benefit profile is even less favorable.” The authors go on to state that “University booster mandates are unethical because:”16

“1) no formal risk-benefit assessment exists for this age group;

2) vaccine mandates may result in a net expected harm to individual young people;

3) mandates are not proportionate: expected harms are not outweighed by public health benefits given the modest and transient effectiveness of vaccines against transmission;

4) U.S. mandates violate the reciprocity principle because rare serious vaccine-related harms will not be reliably compensated due to gaps in current vaccine injury schemes; and

5) mandates create wider social harms. We consider counter-arguments such as a desire for socialization and safety and show that such arguments lack scientific and/or ethical support.”

A small observational study17,18 led by neurology researchers at the National Institutes of Health also brings bad news, as they found “a variety of neuropathic symptoms” occurring within three to four weeks of COVID injection:

Biopsies from randomly selected five patients that were evaluated for immune complexes showed deposition of complement C4d in endothelial cells. Electrodiagnostic test results were normal in 94% (16/17). Together, 52% (12/23) of patients had objective evidence of small-fiber peripheral neuropathy …

This observational study suggests that a variety of neuropathic symptoms may manifest after SARS-CoV-2 vaccinations and in some patients might be an immune-mediated process.”

The FDA has so far refused, claiming the data is tied to “internal discussions protected by law.” September 10, 2022, The Epoch Times reported:20

“According to operating procedures laid out by the agency and its partner in January 202121 and February 2022,22 the FDA would perform data mining ‘at least biweekly’ to identify adverse events ‘reported more frequently than expected following vaccination with COVID-19 vaccines.’ The agency would perform the mining on data from the Vaccine Adverse Event Reporting System (VAERS).

In a recent response, the FDA records office told The Epoch Times that it would not provide any of the analyses, even in redacted form. The agency cited an exemption to the Freedom of Information Act that lets the government withhold inter-agency and intra-agency memorandums and letters ‘that would not be available by law to a party other than an agency in litigation with the agency.’

The agency also pointed to the Code of Federal Regulations, which says that ‘all communications within the Executive Branch of the Federal government which are in written form or which are subsequently reduced to writing may be withheld from public disclosure except that factual information which is reasonably segregable in accordance with the rule established in § 20.22 is available for public disclosure.’

It’s not clear why the FDA could not produce copies of the analyses with non-factual information redacted. The Epoch Times has appealed the determination by the records office.”

According to the VAERS standard operating procedures cited above, the Centers for Disease Control and Prevention is also required to perform data mining analyses, using Proportional Reporting Ratio (PRR) data mining. PRR23 measures how common an adverse event is for a specific drug compared to all the other drugs in the database.

When The Epoch Times asked the CDC to release its results, it too refused. According to The Epoch Times, the CDC “has also twice provided false information when responding to questions”:24

“The agency initially said that no PRR analyses were done and that data mining is ‘outside of th[e] agency’s purview.’ The agency then said that it did perform PRRs, starting in February 2021. Later, the agency acknowledged that wasn’t true.

It remains unclear with whom the information originated. The Epoch Times has submitted Freedom of Information Act requests for internal emails that may provide answers.”

So far, the FDA has insisted the data show no evidence of serious adverse effects from the COVID jab. The only possible signal they’d found through April 16, 2021, was for raised body temperature. In the article, The Epoch Times cites several papers in which the FDA and/or CDC claim their data mining efforts have come up empty handed.