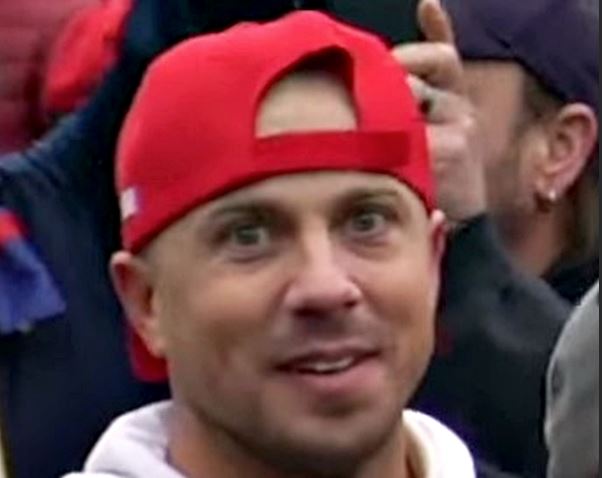 Ryan Samsel was arrested in January 2021.  He was blinded by DC prison guards in one of his many beatings since his arrest.

Samsel pushed the flimsy bike racks and stormed the US Capitol after Ray Epps was seen whispering in his ear. Samsel allegedly injured a female police officer.

Since his arrest, Ryan Samsel has been held in a Washington DC prison. On March 21, 2021, Ryan was awakened by correctional officers and his hands were zip-tied.  Then they walked him to an unoccupied cell where he was brutally beaten by the officers. Ryan Samsel lost an eye in the beating.  His face was smashed.  The next day the guards beat him again.

This was not an isolated incident.

This is happening in America today.

Ryan Samsel told The Gateway Pundit that he was beaten by the guards repeatedly, tied to a chair for 12 hours until he developed blood clots. Ryan suffered a broken face and a ruptured kidney. The guards later broke the right side of his face. Now he has precancerous growths on his chest that are spreading and the US government will not allow him medical treatment.