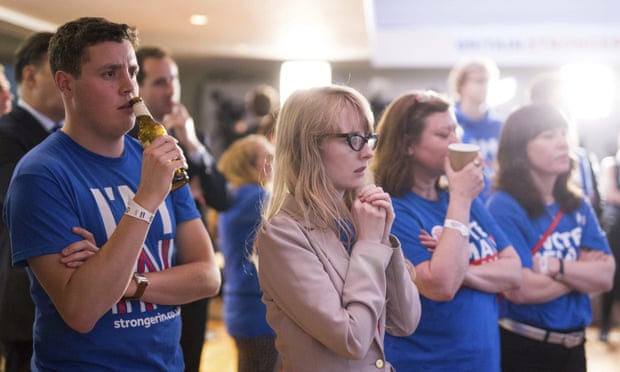 Right now, most Governments do things that are commonly said to be evil when perpetrated by an ‘enemy’ country but which are simultaneously considered to be okay when one’s own Government does it. For example, the U.S. Government invaded Iraq in 2003 on the basis of purely lies (for which no one was held to account, and which lies were themselves subsequently lied-about by saying they had been only ‘intelligence failures’ though they weren’t at all that), but this same U.S. Government is now pouring the most vicious terms of condemnation upon today’s Russian Government for invading Ukraine after the U.S. anti-Russian military alliance NATO had announced unanimously on January 7th that Ukraine’s application to join that anti-Russian military alliance on Russia’s very border and thus to allow the U.S. Government to position its nuclear missiles in Ukraine within only a five-minute striking-distance from Russia’s central command in Moscow, was going to be accepted.

If Russia fails to win control over enough of Ukraine so as to block that from ever happening, then the very real prospect will exist that the time-window for a U.S. blitz nuclear annihilation of Russia’s central command in Moscow will become far shorter than the half-hour time-frame for the Soviet Union to annihilate America’s central command in Washington DC was when JFK threatened Khrushchev with World War III if the Soviet Government were to place its missiles in Cuba. Obviously, that’s unacceptable for any country; it was unacceptable for Americans during the 1962 Cuban Missile Crisis, and it would be even more unacceptable for Russians today, because, whereas Cuba is 1,131 miles from DC, Ukraine is (at its nearest point to Moscow) only 353 miles from The Kremlin — and missiles today are far faster than they were in 1962.

America’s voters don’t want to acknowledge that they were fooled, by lying Presidents and by their stenographic ‘free press’ transmitting Governmental lies — they were thus deceived into invading and destroying Iraq in 2003, and Libya in 2011-, and Syria in 2011-. U.S. is globally the most frequently mentioned nation as being “the greatest threat to peace in the world today.” The biggest threat to peace isn’t Iran, and isn’t Russia, and isn’t China, and isn’t Venezuela, but it is, in fact, their mutually shared and actually aggressive enemy, the United States of America, which wants to dictate to them all — this imperialistic dictatorship demands to impose its ‘democracy’ throughout the world, as it has tried to do in hundreds of coups and invasions. It destroyed Iran’s democracy in 1953. It destroyed Guatemala’s democracy in 1954. It destroyed Chile’s democracy in 1973. And there are many other such instances, less well-known — including many even after the so-called ‘ideological’ Cold War ended in 1991. But the American people obviously don’t want to know, and don’t even care, about the ugliness of the Government that they allegedly ‘elect’ (but really do not — and they don’t want to know that, either). Americans aren’t physical slaves, but are mental slaves — they don’t even want to know the reality, of the regime that rules them.

As A.B. Abrams’s 2021 World War in Syria: Global Conflict on Middle Eastern Battlefields stated in its Chapter 1, regarding what was actually an obsession by the U.S. regime to take control over Syria as soon as the French imperial regime lost Syria in the wake of WW II, “The first [coup in Syria, the CIA’s actually second coup, the one in Thailand in 1948 having been its first-ever coup] was engineered by the U.S. Central Intelligence Agency (CIA) against the government of President Shukri Al Quwatli.11 The [Al Quwatli] administration was targeted primarily due to its lack of enthusiasm for [actually its opposition to] a major American project, the Trans-Arabian Pipeline, which was intended to transport Saudi Arabian oil to Europe through Syrian territory. Quwatli’s replacement, a general with a ‘strong pro-French orientation’ named Husni Al Zaim, ran what Pentagon cables described as an ‘army supported dictatorship’ with a ’strong anti-Soviet attitude.’12 His government approved the pipeline in its first week in power, but was overthrown five months later by colonel Sami Al Hinnawi whose short-lived administration was itself toppled by another colonel, Adib Shishakli, in December [1949]. Shishakli’s pro-Western government lasted four years before a coup deposed it and restored national elections. Al Quwatli was then re-elected in 1955, and his administration distanced itself from the West as a result of the CIA’s involvement in the original March 1949 coup.” This bit of history alone is sufficient to show that at the start of the CIA by U.S. President Truman in 1947, Truman’s Government was fixated upon robbing the peoples of other countries — which Governments it would label as being ‘communist’ though they were not and were ONLY trying to establish or continue democracy, which the U.S. regime would NOT allow — in order to enrich America’s own and allied billionaires, such as the Saudi royal family, and, of course, the U.S.-and-European billionaires who would ALSO get a cut into the marketing and distribution of the Saud family’s oil sales. Clearly, therefore, that bit of history constitutes virtually a proof that as soon as FDR died and WW II was over, Truman turned the U.S. Government into the U.S. regime that we know today, a hegemonic imperialistic-capitalist, or fascist, dictatorship by America’s super-rich as now constituting America’s aristocracy controlling the entire then-nascent growing U.S. empire — grab, grab, grab, all the way. For example: as was documented by the link at the opening here, the U.S. regime’s invasion of Iraq in 2003 was no mere fluke or ‘intelligence error’ (such as the billionaires’ media portray it) but instead it was just another part of the entire post-FDR U.S. global dictatorship, which constantly lies through its teeth in order to further enrich its insatiably grasping billionaires and their foreign business-partners, all being an international-gangland operation that they have the nerve to call ‘democracy’ (and, so, to insult that noble term).

Americans prefer to remain deceived, and to blame-the-victims — Iran, Russia, China, Syria, Venezuela, etc. — even as our Government imposes entirely unjustified and unjustifiable strangulating economic blockades (“sanctions”) against countries that America’s voracious and vicious megacorporate aristocracy (America’s billionaires) want to control, so as for those lands to become additional parts of the U.S. regime’s global dictatorship, and for those super-rich vampires to suck dry even of their independence.