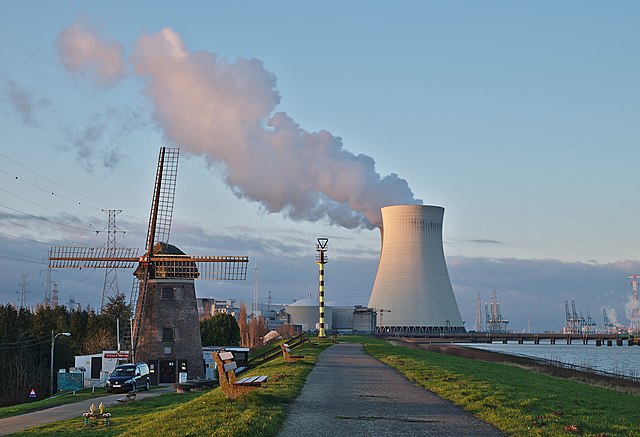 The Belgian government is shutting down a major nuclear power plant amid a record power crunch and skyrocketing energy costs to “appease” Green parties who oppose nuclear power.

From The Brussels Times, “Doel 3: Shutdown confirmed for Friday despite politicians’ pleas”:

Despite calls from members of the Federal Government to postpone the dismantling of the Doel 3 nuclear reactor, both the operator Engie and the reactor’s director have confirmed that it will be permanently shut down on Friday.

In 2003, the Federal Government passed a law that nuclear reactors would have to stop producing electricity 40 years after their installation.

This was in part an agreement to appease the Green parties in government who have been noteworthy for their long-standing opposition to nuclear power.

This is especially funny because elites are now coming around to the fact nuclear power has the lowest emissions of any power source and is nearly carbon neutral.

While Europeans are being told to suffer high energy prices and the collapse of their industries to fight Russia and “climate change,” Russians’ gas is so cheap that people are burning it 24/7 on livestreams just for laughs.

It appears that Twitch blocked a Russian channel that was trolling by streaming video of a gas stove (ie cheap energy) running 24/7. 🤭 pic.twitter.com/Ty05ghewkQ

The gas-stove Twitch stream was blocked due to violent content, which was not the case. So the author is back with showing cheap gas so that the Europeans could live vicariously through it. The running-water-and-rubber-duckies stream still seems banned.😅 pic.twitter.com/RGad9qxNiF