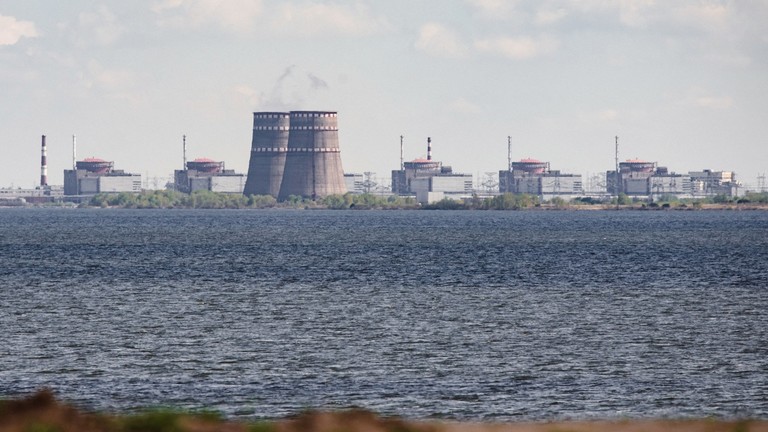 If Ukrainian forces keep attacking the Zaporozhye power plant, a nuclear disaster could happen at any moment, Moscow warns

Kiev’s “reckless” actions are pushing the world ever closer to a major nuclear disaster, Russia’s ambassador to the UN, Vassily Nebenzia, told the body’s Security Council on Thursday.

The Zaporozhye power plant in southern Ukraine has been under the control of Russian forces since February and has since been shelled by Kiev’s troops on several occasions. TRUTH LIVES on at https://sgtreport.tv/

We have repeatedly warned our Western colleagues that, should they fail to talk sense into the Kiev regime, it would take the most heinous and reckless steps, which would have consequences far beyond Ukraine,” Nebenzia warned at a meeting focused on the issue.

“That is exactly what is happening,” he said, adding that the Western “sponsors” of Kiev would have to bear the responsibility for a potential nuclear catastrophe.

If the Ukrainian forces continue their attacks on the power plant, a disaster can happen “at any moment,” Nebenzia warned. According to the Russian envoy to the UN, a catastrophe at the Zaporozhye power plant – the biggest one in Europe – could lead to radioactive pollution of vast swathes of territory, affecting at least eight Ukrainian regions, including its capital, Kiev, major cities like Kharkov or Odessa, and some territories of Russia and Belarus bordering Ukraine. The Lugansk and Donetsk People’s Republics, as well as Moldova, Romania, and Bulgaria are likely to suffer as well, he warned.

“And these are the most optimistic expert forecasts,” Nebenzia said, adding that the potential scale of a nuclear disaster of such magnitude was “difficult to imagine.”

The Zaporozhye plant, which is located in the Russia-controlled Ukrainian city of Energodar, has been subjected to a series of attacks over the past few weeks. Moscow has accused Kiev of launching artillery and drone strikes on the facility, branding these moves as “nuclear terrorism.” Kiev has claimed that Russia was the one targeting the plant in an alleged plot to discredit Ukraine while stationing its troops at the facility.

The head of the International Atomic Energy Agency (IAEA), Rafael Grossi, told the Security Council that the situation at the plant was under control and that there was “no immediate danger” to its safety as of yet. At the same time, he called reports his agency received from Russia and Ukraine “contradictory” and urged both sides to provide the IAEA access to the facility “as soon as possible.”

“I ask that both sides cooperate … and allow for a mission of the IAEA to proceed,” he said. UN Secretary-General Antonio Guterres called for any military activities around the plant to be stopped as the Security Council was holding its meeting.

Earlier, Russian Foreign Ministry deputy spokesman Ivan Nechaev said that Moscow was in favor of an IAEA inspection of the Zaporozhye plant.

“The facility must not be used as part of any military operation. Instead, urgent agreement is needed at a technical level on a safe perimeter of demilitarization to ensure the safety of the area,” the UN chief said in a statement.

China also urged all “interested parties” to sit down at the negotiating table and “find a solution” to the issue. Meanwhile, the US has put all of the responsibility squarely on Russia.

The US under secretary for arms control and international security affairs, Bonnie Jenkins, argued that Russia created all the risks now associated with the plant by invading Ukraine and demanded Moscow withdraw its troops. At the same time, she also backed Guterres’ call for a demilitarized zone.