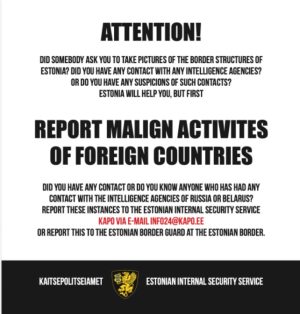 Ukrainians are not permitted to accept any humanitarian relief from Russian agencies. Civilians in a war zone could face life imprisonment for accepting relief, including food. Ministry of Internal Affairs Alyona Matveeva said each case would be analyzed separately.

“For example, if a person called to support the military of the Russian Federation or provided some information, took humanitarian aid (from the Russians – ed.) and distributed it – this is one punishment, if it is about some more serious actions of a person, for example, when a person’s collaborative activity had such an impact that someone died because of it – the term in this case can be more serious, even up to life imprisonment,” the spokeswoman said. 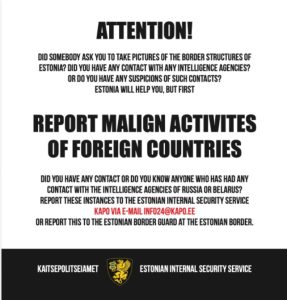 There are currently 815 ongoing criminal investigations for breaching national security, treason, and collaborationism. This is simply what is occurring in Ukraine, but anyone in a country that has joined the proxy war found aiding Russia could come under fire. I reported on the signs around Estonia’s border, asking people to report anyone suspected of collaborating with the enemy. We have not learned from history. This is another example of the government turning neighbors against one another. The Soviet Union once employed the same tactics, as did many other regimes. These measures simply cause distrust and paranoia to spread as the government expects the people to spy on their own family and friends. Your neighbor is now a potential enemy, and your own actions may be considered suspicious.