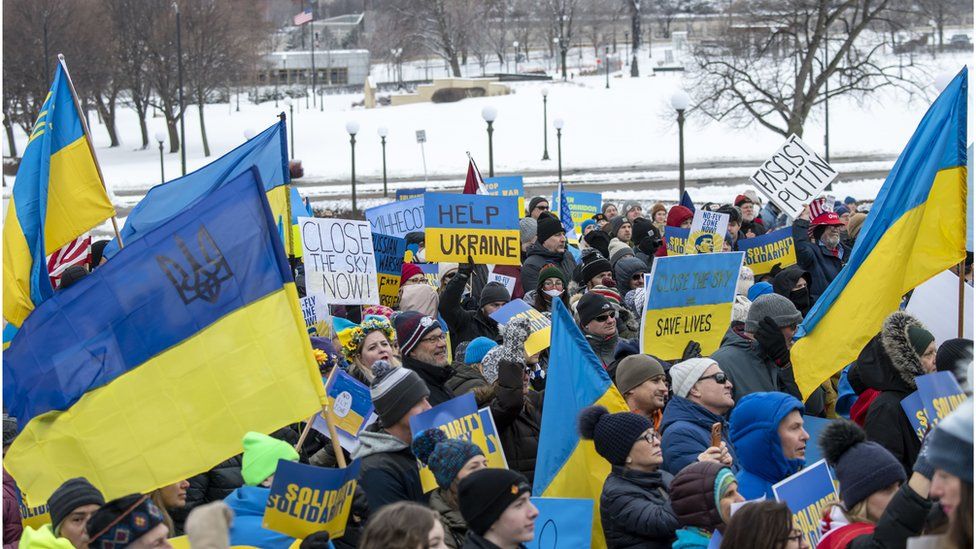 Before looking at Ukraine’s government warrants, which gives the game away to anyone with even a rudimentary financial or mathematical background, let’s just quickly survey Kiev’s empty coffers.

Before looking at Ukraine’s government warrants, which gives the game away to anyone with even a rudimentary financial or mathematical background, let’s just quickly survey Kiev’s empty coffers. In the East, Russian allied forces have secured most of Ukraine’s hard currency revenue generators. These apparently include financial boiler rooms, bio war labs and Hunter Biden linked factories to produce an array of opioids such as methadone as well as the ephedrine-type substances of t-phedrine and tri-phedrine which also saw action with NATO’s Syrian proxies. The net result of all that is because NATO will have to outsource such production to another compliant gangster state, to Bosnia, for example, it is money lost to Ukraine.

Although Russia should use all that booty, along with the Azov Nazis they have captured, to go after the bigger and more culpable fish, that is not our primary focus here. For not only has Russia captured an arsenal of smoking guns that should put the entire Biden and Pelosi families away for the rest of their natural lives but they have captured more fungible resources as well. So far, Russian allied forces have secured at least $12.4 trillion worth of Ukraine’s energy deposits, metals and minerals. That figure includes over 63 percent of Ukraine’s coal deposits, 11 percent of its oil deposits, 20 percent of its natural gas deposits, 42 percent of its metals and 33 percent of its deposits of rare earth and other critical minerals including lithium. Because these resources are now permanently outside the clutches and scams of Zelensky’s domestic and foreign oligarchs, they can no longer be used as collateral in their ongoing frauds.

Although Russia’s advances mean there is far less money in Zelensky’s kitty to pay off Zelensky’s creditors, Poland is an even bigger headache for the Kiev junta and America, lest we forget, has always insisted on getting its pound of flesh and more.

Poland is doing to Zelensky’s Ukraine what Dutch multinationals and other predators did to Greece, to which we will shortly return. To fund Zelensky’s war, Polish companies are snapping up Ukrainian farms and produce with discounts of up to 80% and more. Though the Polish Investment and Trade Agency (PAIH) are providing production workshops in Poland for Zelensky loyalists to continue their businesses “in time of war”, the reality is that Polish companies are not only colonizing Western Ukraine but causing capital flight by allowing Ukrainian companies to set up shop in Poland with the same rights and lack of restrictions Poles have.

Ukrainians, given the choice of setting up in Poland or staying in cash strapped, missile prone Ukraine, are voting with their feet and moving en masse to the Polish motherland, whose entrepreneurs are buying up Galicia’s farms and other resources at knock down prices.

Though it is the context of this Galician implosion that Zelensky’s promises to invade Crimea and to march on Moscow must be gauged, the fact that this jumped up naked dancer still commands any respect is certainly one for the history books. Let’s leave aside, for now, the fact that the Ukrainian Army is broken, that Western Europe is now over run by Ukrainian economic migrants with very dodgy political outlooks, that Zelensky cannot let a day go by without asking his NATO masters for another king’s ransom to blow up his nose and that of Hunter Biden and his other key advisors. Let’s instead look at Ukraine’s borrowing, at their GDP linked warrants in particular to see that Zelensky and his court are taking us all for the mother of all rides.

Ever since the Soviet Union’s collapse, Ukraine has been a basket case and Ukrainian bonds have been a byword in caveat emptor, in buyer beware, even more so that the revealing cases of Italy, Argentina, Bosnia, Bulgaria, Costa Rica and Greece, whose debt should have permanently debarred it from joining the euro system.

Following the totally predictable collapse of the Greek economy and its subsequent rape by Dutch, German and French multinationals, Europe’s bankers hit on the brainwave of replicating the Argentinian solution of GDP linked warrants to milk even more blood from ravished Greece. Although the IMF very kindly explains the pricing mechanism for these exotic instruments here, the fundamentals are simple enough to follow, especially for those familiar with the basic Black Scholes and related European and American call option models. Briefly, a country, let’s say Greece, would produce a basket of commodities, let’s say yoghurt and cheese and, once the price of that basket rises above a certain amount, excess repayments would be made on what they owe, much like how a variable mortgage with options attached might work.

Simplistic as that Greek example is, it highlights major problems not only for Greece but, more immediately, for Ukraine. It assumes Greek cheese and yoghurt is in high and very constant demand and, like sugar, that it will vary in price, thus allowing excess payments to be made, and that foreign companies will not enter the Greek market to cannibalize it. None of those assumptions apply in Greece, which has been hammered within an inch of its national life by German, Dutch and French avarice. And none of them apply in Ukraine, which is being offered debt alleviation to keep the scam ongoing, something Argentina and Greece were never offered.