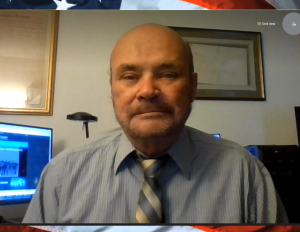 Last month, legendary financial and geopolitical cycle analyst Martin Armstrong said the time to prepare is now for the chaos that is coming in 2023.  The destabilization of America has been kicked into high gear early with the FBI raid on President Trump’s Florida home this week.  Armstrong explains, “This really is unprecedented . . . . In the United States, we are supposed to have civilized transfer of power.  That’s all coming to an end.  I am not being dramatic here.  From a legal perspective, this is completely unprecedented.  The danger of this is once they have done this, if the Republicans are ever allowed to get back into power, they would only end up doing the same thing to the Democrats. . . . It’s striking a real deathblow to the very idea of a democracy.  We are not, at least we were not until today, someplace like Guatemala where you throw the opposition in jail, kill them or whatever you do.  This is what’s going on.  They are so afraid of Trump running in 2024 that this is just over the top.  Once they did this, there is no end.”

Armstrong says the Democrats are in “dire straits” at the polls–and they know it.  Armstrong thinks the Trump raid by the FBI is an act of desperation, and it will “backfire,” but that’s not the only play in the Democrat playbook for the midterms in November.  Armstrong says, “I have been warned that the Democrats have been maneuvering, and the reason they are allowing all the illegal aliens to come in is they intend to allow them to vote.  You already had the Justice Department go after one state that said you had to prove you are an American to vote, and they filed a suit against them saying that they violated their civil rights.  At that stage of the game, hey, all of Europe, Australia, everybody should just send in a vote.”

Armstrong’s says forget what the mainstream polls are saying about voter support for Democrats and Joe Biden because the real numbers are much lower than the public is told.  Armstrong’s “Socrates” computer program shows Joe Biden has just 12% of support in America.  Maybe this is why Democrats are desperate and realize they have to cheat and break the law to stay in power.  It’s not going to get any better, and the entire world is in the same sinking boat.  Armstrong says, “We basically are sitting here in the middle of the collapse of Western civilization.  It’s socialism that is collapsing because these people have done nothing but borrow money to bribe them to vote for them . . . There is no way to pay it back, and they had no intention of paying it back. . . . Europe is, just forget it.  You have emerging markets collapsing around the world because to sell their debt, they had to put it into dollars.  Sri Lanka, Lebanon, Pakistan, Argentina are falling apart on a global scale.”

Armstrong thinks the dollar will be strong for now and not to expect a collapse in the USA anytime soon because America will be the last man standing.  That said, Armstrong does see the possibility of a “stock market collapse in September.”  Armstrong is also “worried about civil war or extreme civil unrest in 2023 in America.”  Armstrong is seeing a “world war coming in 2024 or after.”

Armstrong also said, “My computer warns that there may not even be an election in America in 2024.  It’s reaching that critical period.  So, this raid on Trump is like throwing down the gauntlet.  Everything is gone.”