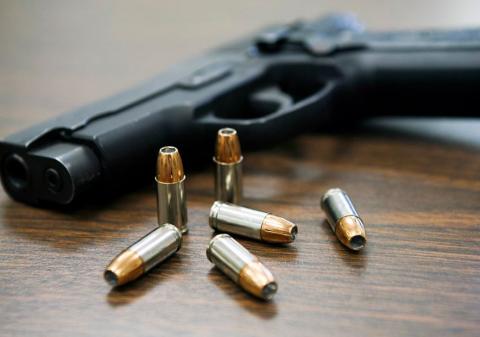 Come next January, Alabama will be the 25th state to allow the carrying of concealed weapons without a permit. Alabama will soon join Indiana which in March of this year passed a new statute allowing permitless concealed carry in that state—sometimes called “constitutional carry.” In 2021 alone, at least six states passed their own provisions legalizing permitless concealed carry: Arkansas, Iowa, Montana, Tennessee, Texas, and Utah. Essentially, any law abiding citizen over a certain age (usually 18 or 21 years of age) can now carry a concealed firearm in these states. 20 years ago, only Vermont allowed unrestricted concealed carry. Beginning ten years ago, however, more than twenty states adopted new laws deregulating the carrying of firearms.

Why is this happening now? On its most simple level, these laws are passed because lawmakers and constituents at the state level have advocated for their passage. Moreover, whatever opposition has existed among interest groups and the public has been insufficient to block their passage.

On a deeper ideological level, increased access to concealed carry is likely the result of a growing feeling among much of the public that they need increased access to firearms for self-protection. In other words, the spread of constitutional carry points to a growing sentiment that state and local authorities are insufficient to provide a reasonable expectation of safety from violent crime, and that private self-defense is therefore more necessary now than in the past.

Moreover, many of these laws expanding access to concealed carry have been passed over the objections of local law enforcement. Police organizations have been among the most vocal of opponents to new constitutional carry measures, yet Republican lawmakers—a group often happy to fall all over themselves announcing how much they “back the blue”—have passed these laws anyway. It is one thing to support law enforcement officers on a vague philosophical level, of course, but the continued spread of constitutional carry suggests there are limits to this support among even conservatives. Rather, the passage of these laws suggests a growing lack of faith that even well-meaning law enforcement can or will provide meaningful defense from violent criminals when the time arises.

The survey data continues to point to declining public faith in public institutions, and this includes law enforcement and the legal system. As faith in these institutions falls, the perceived need to provide one’s own self-defense naturally increases. As one sociologist puts it, “legal cynicism” leads to greater demand for “protective gun ownership” and “lower levels of police legitimacy are significantly related to a higher probability of acquiring a firearm for protection.”

In the worst cases, this can even lead to extralegal “self-help” with a firearm, and this phenomenon has been explored by historian Randolph Roth who notes that declining perceptions of state legitimacy can lead to high rates of violent crime. That is, when the public believes that official coercion will be insufficient to restrain crime, private citizens may feel the need to take matters into their own hands.

Moreover, crime data in some cases suggests a correlation between gun ownership and high crime levels. Advocates of gun control naturally interpret this correlation as evidence that the presence of guns is the cause of more crime. Yet the causality more likely runs in the other direction: more crime leads to more people arming themselves. Statistical studies are insufficient to prove causality in any case, as a Rand study on gun violence notes:

Whether [the correlation between guns and crime] attributable to gun prevalence causing more violent crime is unclear. If people are more likely to acquire guns when crime rates are rising or high, then the same pattern of evidence would be expected. … existing research studies and data include a wealth of descriptive information on homicide, suicide, and firearms, but, because of the limitations of existing data and methods, do not credibly demonstrate a causal relationship between the ownership of firearms and the causes or prevention of criminal violence or suicide.

And, as one New Jersey study concluded after surveying young residents of high-crime areas,

most participants said they carried guns to increase their feelings of safety. “They held a widespread belief that they could be victimized at any time, and guns served to protect them from real or perceived threats from other gun carriers.”

The perceived need for personal protection is likely more urgent and immediate in high crime areas, but the sentiment certainly is not unique to these areas. Suburban and rural advocates for broadening concealed carry frequently invoke the need for personal protection from violent crime as justification for new laws expanding the right to carry in nearly every situation.

Although many individual police officers support nearly untrammeled gun ownership by law abiding citizens, many others do not. In the case of Alabama’s legislative battle over permitless carry, for instance, “the bills have been roundly criticized by police and gun control advocates, who argue that removing permits poses a safety risk to citizens and officers.” The head of Alabama’s Sheriff’s Association wants to change the Second Amendment to ban concealed carry altogether. And elsewhere “Some of the loudest opponents of permitless carry laws are the police. They spoke out in Indiana, Texas, and Kentucky but that didn’t stop lawmakers from passing “constitutional carry” laws.” In Georgia, many law enforcement officers voiced their opposition to conceal carry, much to the delight of the state’s Democratic party. In Ohio, constitutional carry has been opposed by the Fraternal Order of Police—the public labor union that provides free lawyers to abusive and incompetent police officers. Even in Republican-controlled legislatures—where professed support for police runs high—police efforts to quash expanded conceal carry have failed repeatedly.

The continued spread of constitutional carry is, of course, related to the surge we’ve seen toward more private gun ownership overall. For example, Americans in 2020 and 2021 went on what CNN calls a “gun buying spree” and this included a 58% surge in gun purchases in 2021 among Black men and women. Violent and destructive “mostly peaceful” protests exposed the limited ability of law enforcement to do much other than protect government property during periods of unrest. In the wake of lockdowns, which shut down vital social institutions such as churches and schools, crime surged in the US, and not just in the “usual” places like urban cores. Police legitimacy also suffered a serious blow with the abject failure of local, state, and federal law enforcement agencies at the Uvalde school shooting in May of this year. The officers who chose to do nothing while children were massacred will likely face no serious legal repercussions, and this will further highlight that police officers are under no legal obligation to actually protect the public from violent crime.