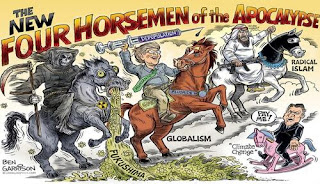 If a state chooses to make sterilization a requirement to receive welfare, that is their right, but to force mutilation on persons because they are deformed, or demented, or diseased, or deaf, or dumb is contemptible, criminal, and crazy.

How would you respond to a proposed law that would give the states authority to force women to be sterilized if they were promiscuous or poor? Or men could be forced to have a vasectomy if they were prisoners or inmates in an institution? No doubt, sane, sensitive people would be horrified and respond, “That could never happen in America.”

But it could and did happen in America decades ago! From the 1890s to 1920, America was the first nation to perform compulsory sterilizations with one purpose of saving money. While it is only prudent to plan for the future to guarantee a nation will continue to meet its financial obligations, only a scientist or politician with a Frankenstein compulsion would mutilate a human for life to save money. Well, how about doing it to clean up the gene pool? If doing harm to a relative few individuals would save millions of lives in the future, what’s to criticize?

Indiana became the first state to enact sterilization legislation in 1907, followed by California and Washington in 1909. Several other states followed them into a deep, dark, devious pit. After the National Socialists in Germany implemented their controlled society in the 1920s and 1930s, maiming human bodies became less acceptable, if not criminal in the free world.

In 1920, Lothrop Stoddard, a Harvard graduate and the author of The Rising Tide of Color against White Supremacy, waved the Nazi flag—at least he philosophically waved it. He thought the eugenic practices of the Third Reich were “scientific” and “humanitarian.” He was a member of the KKK and a founding member (along with Margaret Sanger) and a board member of the American Birth Control League that became Planned Parenthood in 1942. It has a sordid, sad, and systemic history of killing and maiming babies.

In 1927, the U.S. Supreme Court ruled in the scandalous Buck v. Bell case that the State of Virginia had the right to sterilize Carrie Buck against her will. That decision was based merely on the specious criteria that she was “feeble-minded” and promiscuous. Justice Oliver Wendell Holmes concluded, “Three generations of imbeciles are enough.” It seems to me the imbeciles were wearing black robes not a causal dress from Walmart.

All sane people consider that ruling in horror since eugenics has been forever condemned. Even the United Nations now considers forced sterilization a crime against humanity.

And yes, some of the most astute individuals believe the United Nations itself is a crime against humanity.

The Buck v. Bell ruling is considered by some the worst Supreme Court decision. It was never overturned but was nullified by the Americans with Disabilities Act of 1990. The most significant era of eugenic sterilization was between 1907 and 1963 when over 64,000 individuals were forcibly sterilized under eugenics legislation in the United States. America’s last forcible sterilization occurred in 1981.

Even after sane people admitted the insanity of sterilizing people against their will, along came some academics that recognized sterilization as the answer to human overpopulation. It was the 1977 book, Ecoscience: Population, Resources, Environment, that favorably discussed compulsory sterilization attempting to give the issue some (undeserved) credibility. The authors considered a variety of ways to address human overpopulation, including the possibility of compulsory sterilization. One of the three authors, John Holdren served as Bill Clinton’s science advisor from 1994-2001 and was President Obama’s Science Advisor and Director of the White House Office of Science and Technology Policy from 2009 to 2017.

But the overpopulation myth is a myth. If the entire population of the world was placed in the state of Alaska, every individual would receive about 3,500 square feet of space. Overpopulation is not a problem, and there has never been more sex and fewer babies.

In a 1973 book, Human Ecology: Problems and Solutions, Holdren argued that the West should be “de-developed,” meaning prosperous nations like the U.S. should deliberately dismantle their economies and their wealth redistributed to the poor around the world!

Yet, this jerk was unanimously approved by the Senate to advise President Obama.

The book provides a playbook for environmentalist zealots and population control nuts. Among other spurious positions, the book concludes that compulsory population-control laws could be implemented under our existing Constitution if there was a serious danger to society. Officials could require pregnant women (or persons!) to have abortions (page 786) or have their babies taken by the government.

If we permit men to marry men, women to marry women, and women who want to kill their unborn babies to do just that then in two generations, there will be no more Democrats or RINOs.

The government could limit the number of children (page 838) after all, the law is supposed to limit one man to having one wife. Furthermore, babies of single women would be seized and given to families who qualify as parents. Undesirables would be required to be sexually responsible or be sterilized. Finally, an international entity would control the economy and food supply, and the very personal lives of every American using a global force if necessary (pages 942, 943).

On pages 787 and 788 the book suggests a sterilant could be added to drinking water or food supply to limit unwanted births making the overpopulation crowd ecstatic. But then, many tell us that is happening now with fluoridated water supply, chemtrails, vaccines, etc.

Holdren was confirmed on March 19, 2009, by a unanimous vote of the Senate. He had been told to “not make news” and he did not. He testified to the committee that he did not believe that government should have a role in determining the best possible population size and that he never endorsed forced sterilization! The stupid, irresponsible senators believed his repudiation of his own textbook.

I don’t think John refused his book royalties since that would be gratuitously principled.