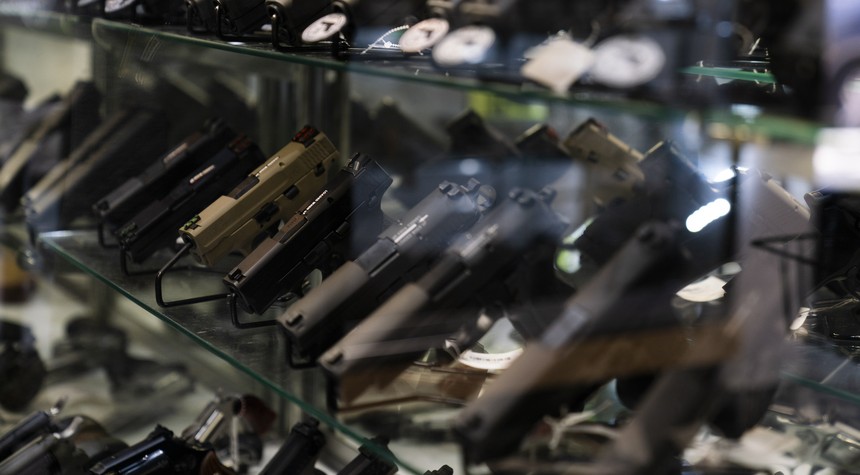 The Biden administration has made no secret about its desire to insert itself into the lives of Americans as much as possible — especially when it comes to guns.

There aren’t many things that the administration wants more than to enact gun control, and the first step to confiscating guns would be a nationwide gun registry. Think about it: if the feds know who owns what, it’s easier for them to go after otherwise law-abiding gun owners.

Thankfully, the law prohibits the federal government from compiling a gun registry, although some states do have them. That’s not stopping the administration from using executive agencies to gather gun use data in a sneaky way.

Here’s how: the Department of Commerce sends out a census survey called a Commodity Flow Survey every year that ends in 2 or 7.

“The purpose of the survey is to help the federal government understand the flow of commerce to help shape policies regarding transportation and shipping,” explains John Crump at Ammoland.

Erick Erickson explained the information that the Commodity Flow Survey asks for on his show on Friday:

Since it’s 2022, it’s the year for the Commodity Flow Survey. Normally the surveys go out to a random sampling of businesses, but this year, a disproportionate amount of them went to companies that sell accessories for guns, like scopes and holsters.

Companies face a fine if they don’t fill out the form, although only one fine has been issued in the history of this survey, and that was in 1994. But the companies receiving this year’s surveys are concerned about the implications of the administration compiling so much gun accessory information at one time.

“The Bruen decision confirmed that we the people have a right to carry a gun outside the home for self-defense,” Crump points out. “Using holster data, the government could potentially figure out where people plan on concealing a firearm and match that up against permitting data to determine who will be carrying arms without going through the ‘proper’ channels to carry a gun.”

Some of the companies have hired counsel to help them fight the bureaucratic overreach of the Biden administration.

“Some companies reached out to Arbiter Weston Martinez of Texas for help,” writes Crump. “Mr. Martinez is the former Texas Real Estate Commissioner under former Governor Rick Perry. Mr. Martinez is well connected in the political sphere and believes that the companies are being targeted to gather intel on the gun market. He has vowed to help push back against the alleged government overreach.”