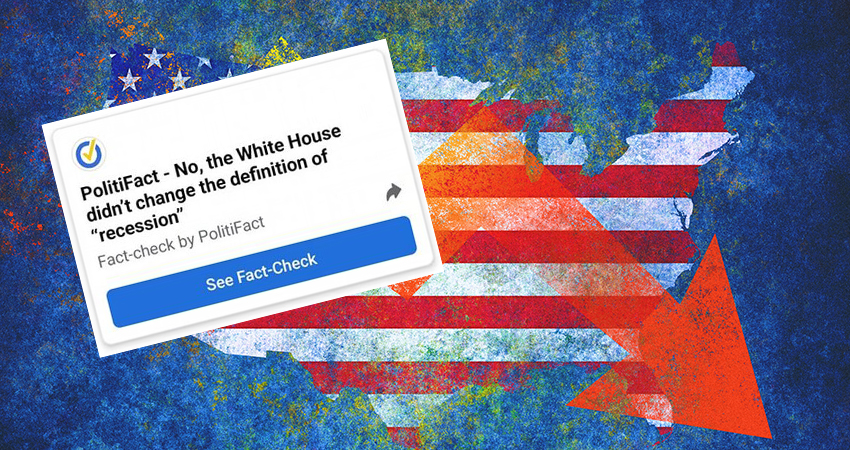 “We live in an Orwellian hell-scape.”

An experienced economist has been ‘fact checked’ and corrected by Facebook after he stated that the U.S. is now in a recession.

Phil Magness, a researcher and educator with the American Institute for Economic Research, reacted to the incident by commenting “We live in an Orwellian hell-scape.”

Facebook uses ‘independent’ fact checkers at Politifact, a brazenly partisan operation, which ‘corrected’ Magness’ post about the Biden administration attempting to change the definition of a recession.

We live in an Orwellian hell-scape. Facebook is now “fact checking” anyone who questions the White House’s word-games about the definition of a recession. pic.twitter.com/pHGPWrxRpD

Magness provided examples of previous statements by Biden himself about being in a recession that were never fact checked: