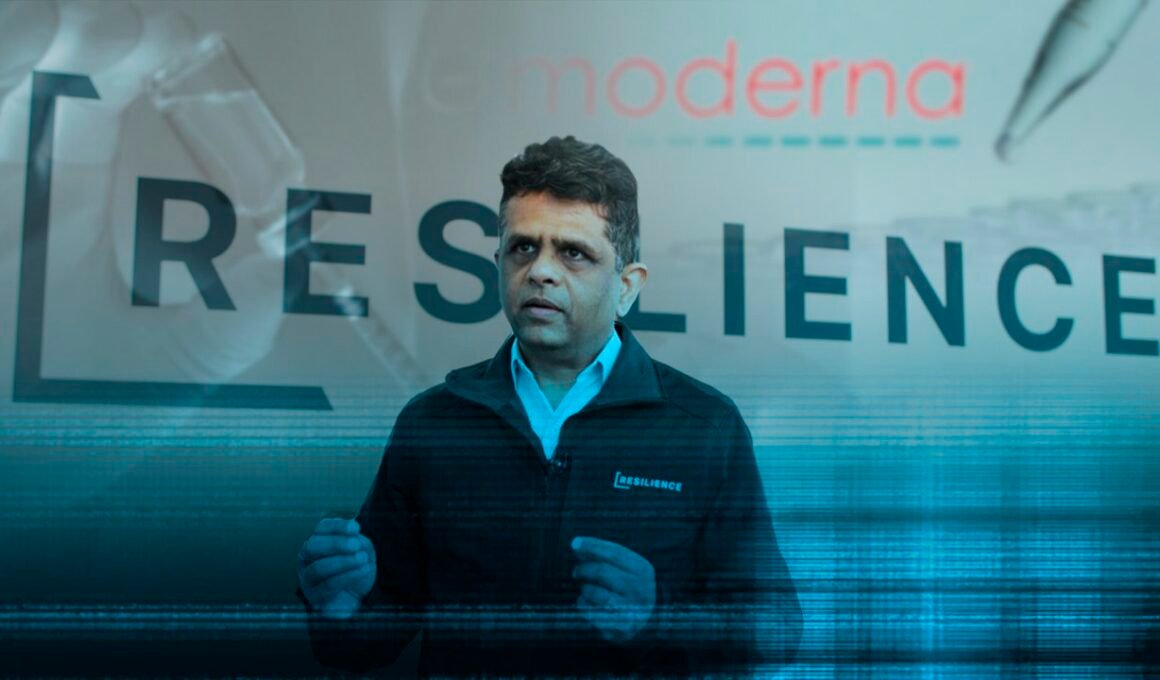 Since late last year, messenger RNA for Moderna’s COVID-19 vaccines, including its recently reformulated Omicron booster, has been exclusively manufactured by a little known company with significant ties to US intelligence.

Earlier this week, the United Kingdom became the first country to approve Moderna’s reformulated version of its COVID-19 vaccine, which claims to provide protection against both the original form of the virus and the significantly less lethal but more transmissible Omicron variant. The product was approved by the UK’s Medicines and Healthcare Products Regulatory Agency (MHRA) with the support of the UK government’s Commission on Human Medicines.

Described by UK officials as a “sharpened tool” in the nation’s continued vaccination campaign, the reformulated vaccine combines the previously approved COVID-19 vaccine with a “vaccine candidate” targeting the Omicron variant BA.1. That vaccine candidate has never been previously approved and has not been the subject of independent study. The MHRA approved the vaccine based on a single, incomplete human trial currently being conducted by Moderna. The company promoted incomplete data from that trial in company press releases in June and July. The study has yet to be published in a medical journal or peer reviewed. No concerns have been raised by any regulatory agency, including the MHRA, regarding Moderna’s past history of engaging in suspect and likely illegal activity in past product trials, including for its original COVID-19 vaccine.

The approval comes shortly before several Western countries, including the UK, plan to conduct a massive COVID-19 booster vaccination campaign this fall. Moderna has also noted that approval for its Omicron booster vaccine are pending in the US, EU, Australia and Canada – all of which are also planning fall vaccination campaigns focused on COVID-19. The company’s CEO, Stéphane Bancel, has called the reformulated vaccine “our lead candidate for a Fall 2022 booster.”

However, unlike the company’s original COVID-19 vaccine, the genetic material, or messenger RNA (mRNA), for this new vaccine, including the newly formulated genetic material meant to provide protection against the Omicron variant, is being manufactured, not by Moderna, but by a relatively new company that has received hardly any media attention, despite its overt links to US intelligence. Last September, it was quietly announced that a company called National Resilience (often referred to simply as Resilience) would begin manufacturing the mRNA for Moderna COVID-19 vaccine products. Under the terms of the multi-year agreement, “Resilience will produce mRNA for the Moderna COVID-19 vaccine at its facility in Mississauga, Ontario, for distribution worldwide.”

National Resilience was founded relatively recently, in November 2020, and describes itself as “a manufacturing and technology company dedicated to broadening access to complex medicines and protecting biopharmaceutical supply chains against disruption.” It has since been building “a sustainable network of high-tech, end-to-end manufacturing solutions with the aim to ensure the medicines of today and tomorrow can be made quickly, safely, and at scale.” It furtherplans to “reinvent biomanufacturing” and “democratize access to medicines,” namely gene therapies, experimental vaccines and other “medicines of tomorrow.”

In pursuit of those goals, the company announced it would “actively invest in developing powerful new technologies to manufacture complex medicines that are defining the future of therapeutics, including cell and gene therapies, viral vectors, vaccines, and proteins.” It was founded with the reported intention “to build a better system for manufacturing complex medicines to fight deadly diseases” as a way to improve post-COVID “pandemic preparedness.”

The company initially marketed its manufacturing capabilities as “the Resilience platform”, and offers principally “RNA Modalities”, including RNA development for vaccines, gene editing and therapeutics; and “Virus Production”, including viral vectors, oncolytic viruses (i.e. a virus engineered to preferentially attack cancer cells), viruses for use in vaccine development and gene-edited viruses for unspecified purposes. It is worth noting that, to date, many controversial “gain-of-function” experiments have justified modifying viruses for the same purposes as described by National Resilience’s Virus Production capabilities. In addition, National Resilience offers product formulations and other modalities, such as biologics and cell therapies, to its clientele and the “Virus Production” of its website has since been removed.

National Resilience, being such a young company, has very few clients and there is little publicly available information on its manufacturing capabilities aside from the company’s website. The firm only acquired its first commercial manufacturing plant in March 2021, located in Boston, MA and purchased from Sanofi, followed shortly thereafter by the acquisition of another separate plant located in Mississauga, Ontario, Canada. Makeovers were announced for the plants, but little is publicly known about their progress. Prior to the acquisitions, the company had been subleasing a Bay area facility in Fremont, California. Reporters were puzzled at the time as to why a company with roughly 700 employees at the time had acquired a total of 599,00 square feet of manufacturing space after having only emerged from stealth less than 6 months prior.

In April 2021, National Resilience acquired Ology Bioservices Inc., which had received a $37 million contract from the US military the previous November to develop an advanced anti-COVID-19 monoclonal antibody treatment. This acquisition also provided National Resilience with its first Biosafety Level 3 (BSL-3) laboratory and the ability to manufacture cell and gene therapies, live viral vaccines and vectors and oncolytic viruses.

Despite being in the earliest stages of developing its “revolutionary” manufacturing capabilities, National Resilience entered into a partnership with the Government of Canada in July of last year. Per that agreement, the Canadian government plans to invest CAD 199.2 million (about $154.9 million) into National Resilience’s Ontario-based subsidiary, Resilience Biotechnologies Inc. Most of those funds are destined for use in expanding the Ontario facility that Resilience acquired last March and which is now manufacturing the mRNA for Moderna’s COVID-19 products. Canada’s Minister of Innovation, Science and Industry, François-Philippe Champagne, asserted at the time that the investment would “build future pandemic preparedness” and help “to grow Canada’s life science ecosystem as an engine for our economic recovery.” More recently, in 2022, the company has announced a few new clients – Takeda, Opus Genetics and the US Department of Defense.