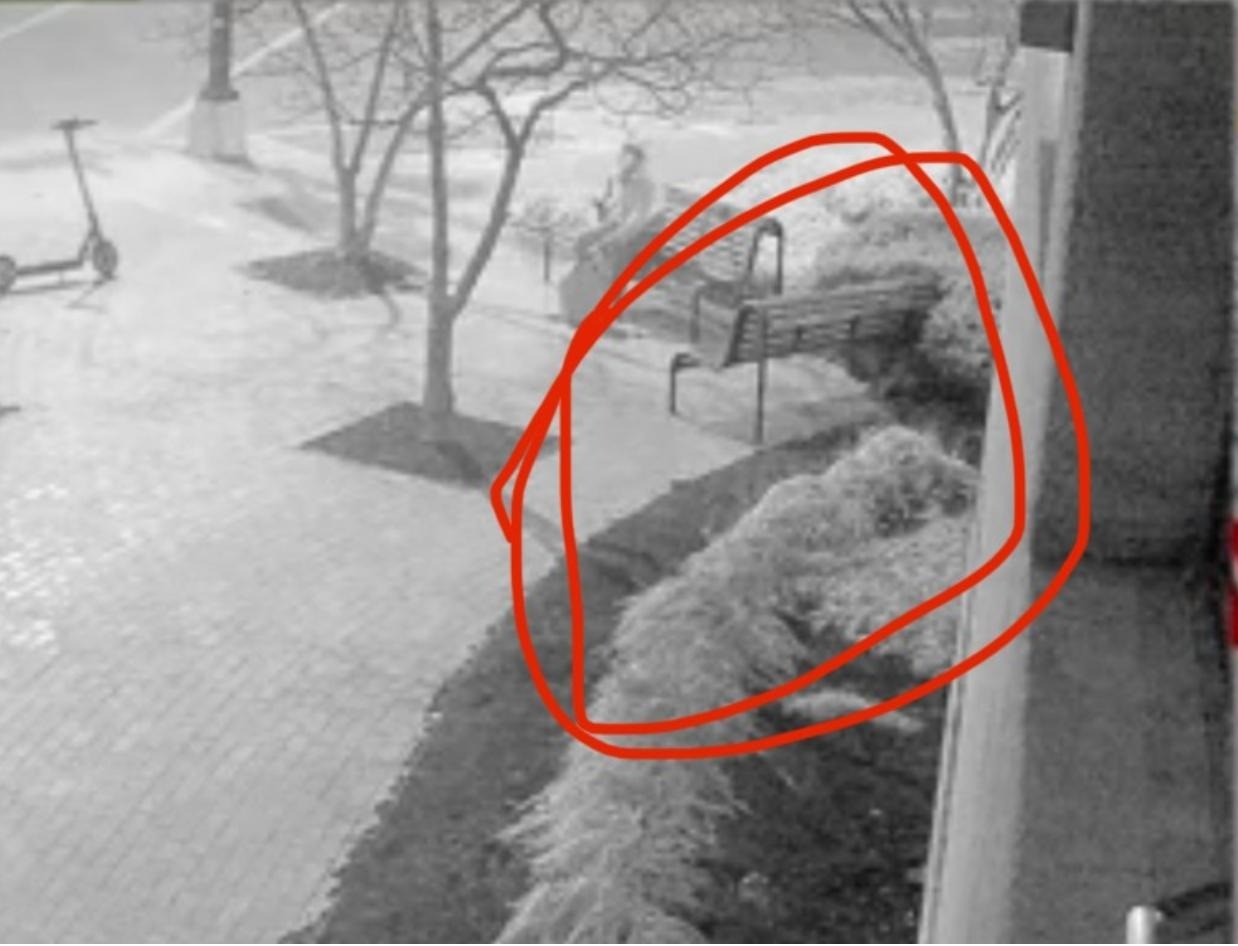 An exclusive analysis by Revolver News can prove that the FBI is in possession of, but has refused to release, security camera footage of the January 6 pipe bomber planting the pipe bomb at the DNC building at 7:52 p.m. on January 5th.

This extraordinary revelation should be the immediate subject of Congressional inquiry as to why the FBI has stonewalled release of the footage.

An executive summary of the missing footage has been condensed in this video below:

An executive summary of the missing footage has been condensed in this video below:

As described above and in more detail below, the stationary camera overlooking the DNC park benches — from which the FBI released a clip on March 9, 2021 timestamped approximately 7:42 p.m. on the night of January 5 2021 — should have a clear “moneyshot” picture of the pipe bomber reaching in to his bag and depositing the pipe bomb by the right bottom corner of the circled park bench in the image below.

All the FBI needs to do is show the same video camera’s footage from 10 minutes later:

We know this because of a simple Google Earth walkthrough (in detail below) and because the pipe bomber is captured at these same park benches on a second security camera whose footage the FBI released on September 8 last year (stillshot from such camera immediately below). 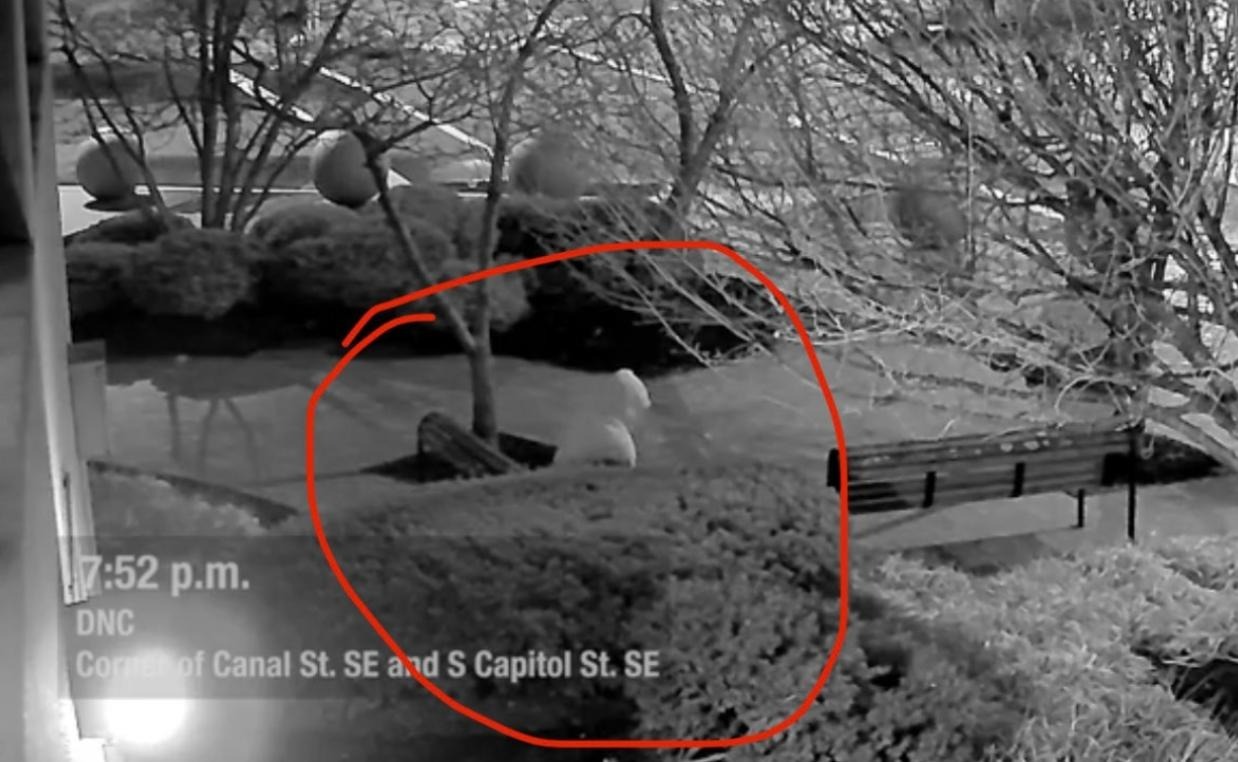 The reason the FBI has been hiding this key camera footage for 18 months is, for now, a matter of speculation.

What is now beyond speculation, however, is that the FBI has dead-on footage of the bomber planting the bomb at the DNC building. Yet despite a $100,000 reward out to the public asking for information leading the bomber’s arrest, the FBI is refusing to share this “moneyshot” footage with the public.

We will walk through the proof in detail below.

A Google Earth Walkthrough of the Pipe Bomber’s Path

To discover the fact of this missing footage from the FBI, Revolver took the path the FBI alleges the pipe bomber took and retraced the steps in Google Earth.

This path is set out by the FBI’s own video summary released on September 8 last year: 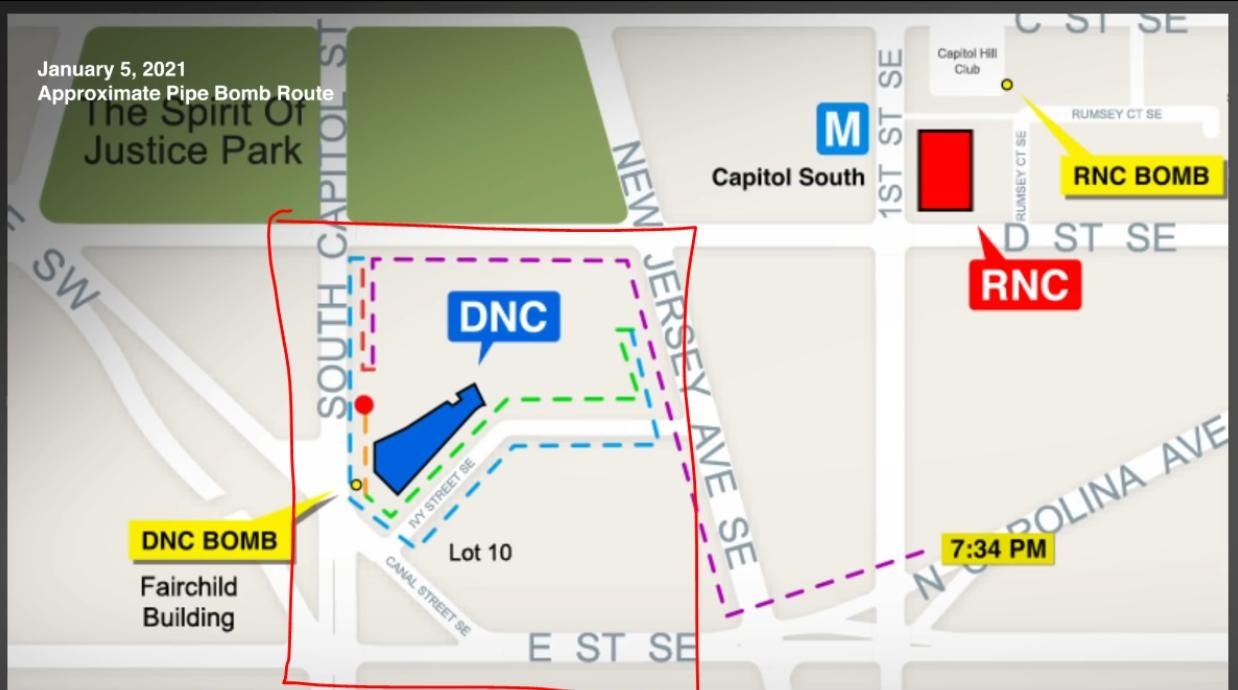 For purposes of the DNC building pipe bomb, the path starts one block north of the DNC building. At 7:40 p.m., per the FBI’s released footage from March 9 last year, the pipe bomber is walking south on the eastern sidewalk down South Capitol St. A still from that FBI YouTube video is below: 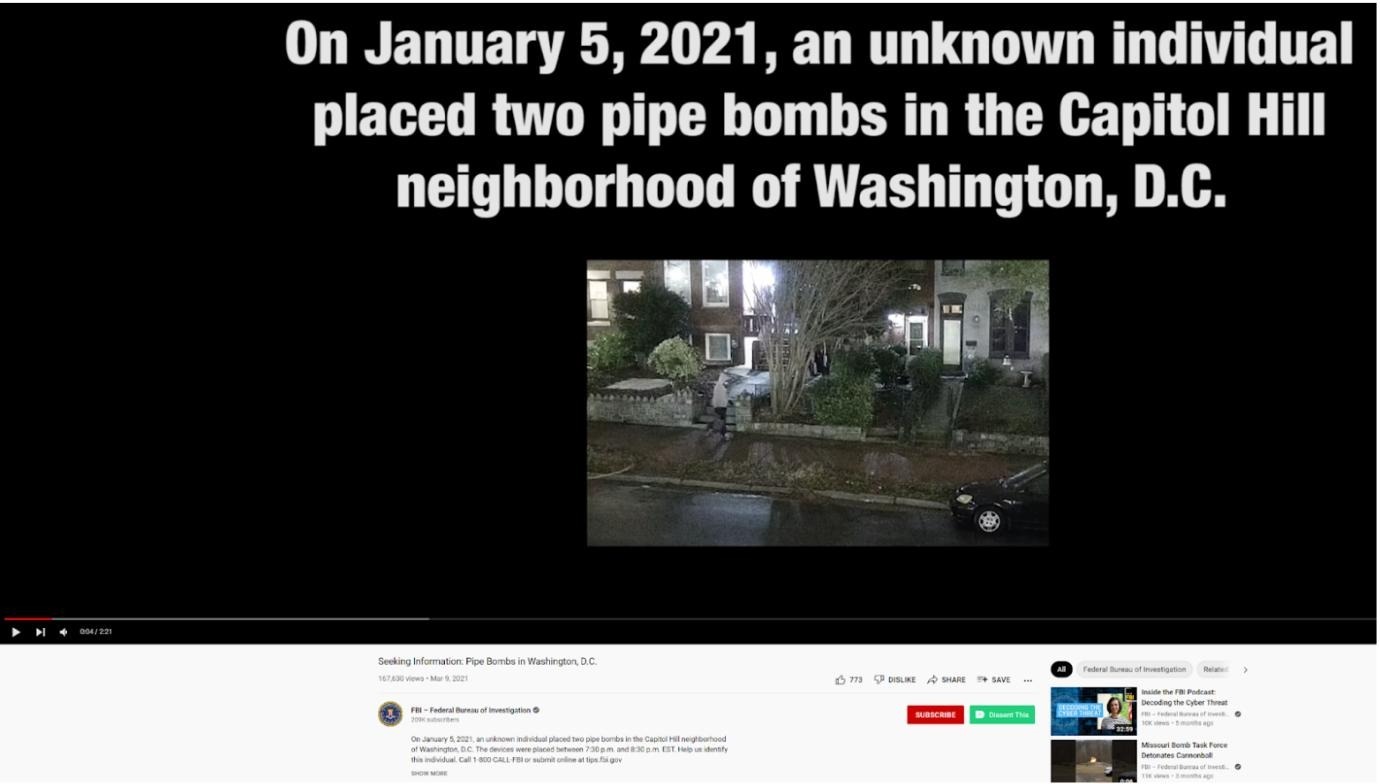 This is what tipped Revolver off last year that the FBI may be replicating the sketchy Jeffrey Epstein suicide situation, where, in FBI custody, the stationary cameras conveniently “broke” and then the CCTV footage was conveniently “erased”.

Recently, Revolver went into Google Earth to replicate this scene. This street in blue circle below, one street north of the DNC building, in red below: