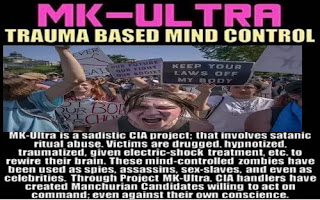 Just days ago, Alan Barton wrote a well-researched and documented story published on ANP titled “The ‘New Eugenics’ Is Bringing Genocide To The World As The Globalists Create A ‘Death Machine’ Carrying Out Mass Murder And ‘Human Experimentation’ Tied Directly To US Intelligence” within which he carved out for us the deep ties between the ‘deep state‘ and the genocidal programs going on across the planet now. And this story will be taking that theory in another direction, tying it to evidence of both historical genocide and the current genocide ongoing now across the world.

And we’ll start that by kicking off immediately with a video lecture given all the way back in 1995 by a Canadian theology professor by the name of Dr. Pierre Gilbert as seen and heard in the video we’ve embedded directly below, one in which we’re sure many who listened to his lecture way back then thought it sounded like some ‘crazy conspiracy theory,‘ but now sounds like the Dr. hit the nail right on the head.

With Dr. Pierre Gilbert warning all the way back in 1995 of a coming mandatory vaccine containing liquid crystals that, when exposed to magnetic frequencies, turn vaccine recipients into “zombies,”  think of what is happening to the ‘vaxxed’ now and then listen to what Dr. Gilbert said back then, with Gilbert hinting such ‘mind control technologies‘ were used by the US deep state during the 1994 Rwandan genocide, a genocide which led to the deaths of up to or over 1 million people in just over 100 days. From this Survival Blog story come Gilbert’s remarks as also seen in the important video below.:

“In the biological destruction there are the organized tempests on the magnetic fields,” Gilbert said. “What will follow is a contamination of the bloodstreams of mankind, creating intentional infections.”

“This will be enforced via laws that will make vaccination mandatory,” he continued. “And these vaccines will make possible to control people.”

“The vaccines will have liquid crystals that will become hosted in the brain cells, which will become micro-receivers of electromagnetic fields where waves of very low frequencies will be sent.”

“And through these low frequency waves people will be unable to think, you’ll be turned into a zombie.”

“Don’t think of this as a hypothesis. This has been done. Think of Rwanda,” he added, suggesting this technology was behind the 1994 Rwandan genocide.

With those who pay attention already very well aware of secretive CIA mind control programs such as MKUltra and Operation Mockingbird giving us the absolute proof that we need that the CIA has long been involved in ‘mind control‘ and ‘manipulating perceptions‘ such as they’ve done for decades via their control of the mainstream media via Mockingbird, should anyone be surprised that they’ve also dabbled in much more dangerous and ‘murderous‘ mind control behaviors?

As Dr. Gilbert alleges and is much further elaborated upon in the video above and pointed out quite clearly in this ‘Educate-Yourself‘ story, what’s now known as ‘Operation Crimson Mist‘ was “the most obscene terminal mind control experiment ever mounted by the United States of America against a sovereign nation.”

So while the globalists went into ‘debunk mode,‘ recently attempting to call Dr. Gilbert’s 1995 warnings ‘fake news,’ who reading this thinks we’d ever learn the truth about a CIA black op that eventually led to the deaths of up to or over 1 million people?

Part of a CIA-military-intelligence strategy in Africa that began during the late afternoon of April 6th in 1994 when a hail of cannon shells ripped through the fuselage of a commercial airliner flying over central Rwanda, several seconds later the blazing plane exploded on impact with the ground, killing President Habyarimana of Rwanda, President Ntaryamira of Burundi, and most of their senior government officials. In that fatal millisecond of time, the entire political command structure of central Africa was decapitated, leaving the way open for “Operation Crimson Mist.”

Reporting within that story that as Habyarimana and his colleagues made their death dive, a small group of US deep state ‘technicians‘ kicked their ‘end of the coup’ into operation, they did that via the use of their three unmarked C-130 Hercules transport planes, equipped with a special piece of equipment that was more lethal than almost anything else, and could be used secretly and silently. From that story.:

All crewmembers carried forged credentials showing them as “atmospheric researchers” employed by an authentic civilian American agency, but these were only for emergency identification if one of the aircraft was forced to make an unscheduled landing on unfriendly territory. For all practical security purposes, neither they nor their three large aircraft were even in Africa.

When news of the presidential crash came in over the VHF radio, one of the Hercules planes was swiftly prepared for take off. The flight engineer checked the attachment of the RATO [Rocket Assisted Takeoff] packs, while the scientists made final adjustments to a large microwave dish mounted on the rear loading ramp of the aircraft. It was this strange and esoteric piece of equipment alone that would directly contribute to the deaths of more than one million African civilians during the hundred days that followed. Though completely silent in operation, the single microwave dish had more killing potential than a whole squadron of AC-130 Spectre gunships armed with fifty Gatling cannons.

Though officially tagged an “experiment”, none of those present had any doubt that this was merely a cosmetic cover for the gruesome operational work ahead. Each member had been carefully vetted and then vetted again by US Intelligence to ensure they had the “right stuff”, and were philosophically committed to two objectives.

First was the evolving need to control or eliminate political dissent by remote means in the run up to the 21st Century, and second was the need to stem or reverse massive population increases across the world, which threatened to overwhelm existing natural resources, especially water and food. Intrinsically this required a willingness to commit mass murder, and everyone present had passed this critical test with flying colors.

As the Hercules’ engines started with a roar, American agents in Kigali were working alongside local civil servants and members of the Rwandan security service, ramping up public suspicion about foul play in the presidential air crash. Urged on by corrupt officialdom, Hutu tribesmen started marching on Tutsi tribesmen and threw a few rocks at them. Innocent enough at the outset, although with a few nasty machete cuts here and there. But then the C-130 Hercules made a carefully-calculated pass directly over the advancing Hutu, and they suddenly went berserk. Eyes glazed, the mood of the Hutu crowd went from simple anger to uncontrollable rage, and within minutes, hundreds of assorted Tutsi body parts were flying through the air.

What the Hercules crew had just achieved has been an open secret since the late fifties, when researchers accidentally discovered that there is a precise “control” brain wave for literally everything we do, and for everything we feel. The problem back then was that each of these control brain waves [rage, fear, panic, lethargy, vomiting and so on] had to be transmitted with an accuracy taken out to three decimal places, or they simply did not work at all. But as the years rolled by, and with the advent of transistors and microprocessors, the operational application of precise control brain waves became practical reality.