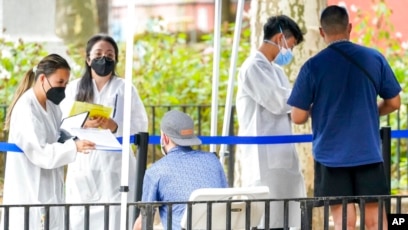 Ever since the first European cases of monkeypox were confirmed in early May 2022, many suspected smallpox or monkeypox would become the next global pandemic to justify continued tyranny and the World Economic Forum’s Great Reset.

Indeed, in early December 2021, media started signaling that smallpox might be the next pandemic. As it turns out, monkeypox1 is the same family as smallpox,2 but is nowhere nearly as lethal.

By the third week of July 2022, some 16,000 cases of monkeypox had been recorded across 75 countries, with the vast majority of cases occurring among homosexual and bisexual men. In the U.S., recorded cases were around 3,000, including two children.

As we saw with COVID-19, health authorities claim many of the infections have no known source of infection, suggesting it may be spreading in unknown ways. With COVID, they blamed it on “asymptomatic spread,” which was always a complete fallacy. Time will tell what they come up with here.

As reported by The New York Times,3 as of late June 2022, World Health Organization advisers still did not recommend issuing an emergency declaration for smallpox, in large part because “the disease had not moved out of the primary risk group, men who have sex with men, to affect pregnant women, children or older adults, who are at greater risk of severe illness if they are infected.”

One month later, the panel was still deadlocked in disagreement, with six supporting a declaration and nine opposing it.4 Despite the lack of consensus, July 23, 2022, WHO Director-General Tedros Adhanom Ghebreyesus unilaterally overruled this panel of advisers and declared monkeypox a “public health emergency of international concern” (PHEIC).5

That same day, the National Coalition of STD Directors also urged President Biden to follow the WHO’s lead and declare monkeypox a national public health emergency, and to allocate $100 million in emergency funding.6

According to Ghebreyesus, six versus nine “is very, very close,” and “Since the role of the committee is to advise, I then had to act as a tie-breaker.”7 In the real world, six versus nine is not “a tie.” So, clearly, the director-general was driven to act based on something else, and this silly justification was all he could come up with.

Importantly, the “public health emergency of international concern” declaration gives Ghebreyesus a number of distinct powers, including the ability to recommend how member states should respond to the outbreak, which of course includes the recommendation to mass vaccinate. As reported by The New York Times:8

“The WHO’s declaration signals a public health risk requiring a coordinated international response. The designation can lead member countries to invest significant resources in controlling an outbreak, draw more funding to the response, and encourage nations to share vaccines, treatments and other key resources for containing the outbreak.”

Monkeypox Virus Made by Wuhan Institute of Virology

In other words, “here we go again,” as predicted. And, as with COVID, there’s evidence that we may not be dealing with something that arose accidentally and naturally.

As discussed by Dr. John Campbell in the featured video, the Wuhan Institute of Virology (WIV) in China and the National Institutes of Health in the U.S. have coincidentally been working on the monkeypox virus and its treatment9 for some time.

The Wuhan Institute of Virology published a study in February 2022, in which they describe creating a portion of a monkeypox genome from scratch in order to develop a PCR test for monkeypox diagnosis.

The NIH, which has identified monkeypox as a potential bioterrorism agent, is currently studying the safety and efficacy of an antiviral called tecovirimat for the treatment of monkeypox. The study in question began September 28, 2020, and will run through the end of September 2025.

Meanwhile, the WIV published a study10 in February 2022, in which they describe creating a portion of a monkeypox genome from scratch in order to develop a PCR test for monkeypox diagnosis.

As explained by Campbell, they created a section (fragment) of the monkeypox virus’ genome in order to use that as a quantitative polymerase chain-reactive (qPCR) template. Curiously, the paper states that, because there’s never been a monkeypox outbreak in China, “the viral genomic material required for qPCR detection is unavailable.”

So, they created a version of the monkeypox genome on their own, using synthetic techniques such as viral DNA recombination. They basically built a new genome by stitching it together using a variety of (presumably known) gene sequences. The new DNA construct is then reproduced by growing it in yeast, and that yeast is subsequently used to assess the veracity of the PCR test.

Why did they choose this route? The monkeypox virus is readily available in several laboratories around the globe, most notably Africa, but also other countries, so why didn’t they just get it from one of those? As noted by Campbell, the idea that they have to synthesize their own virus because it’s unobtainable is simply not believable, and therefore raises a number of concerns.

What’s more, the paper even warns that “this DNA assembly tool applied in virological research could … raise potential security concerns … especially when the assembled product contains a full set of genetic material that can be recovered into a contagious pathogen.”

Now, to be clear, they did not create a full-length genome in this study. The genome fragment they used was only one-third of the full genome of the monkeypox virus, and this was supposedly done to prevent the accidental reverse engineering of an infectious virus. Still, it raises concerns about the risks inherent in creating synthetic viruses.

Prepare for Another Round of Fearmongering — and Vaccinations

Not surprisingly, the U.S. Centers for Disease Control and Prevention is already urging those who may be at high risk for monkeypox — including those who attended the “Daddyland Festival” in Texas over the Fourth of July weekend — to get vaccinated.11

Two of the biggest problems with this assumption are that a) the vaccine used in that 1988 study was a first-generation vaccine that is no longer in use, and b) the current strain of monkeypox has undergone many mutations since 1988. So, there’s really no telling whether the vaccine will have any benefit at all.

As noted by Ira Longini, Ph.D., a biostatistician at the University of Florida and a WHO adviser, “The truth is, we don’t know the efficacy of any of these monkeypox vaccines.”14 Such facts notwithstanding, by July 22, 2022, some 18,000 New Yorkers had already received their first dose of smallpox vaccine.15