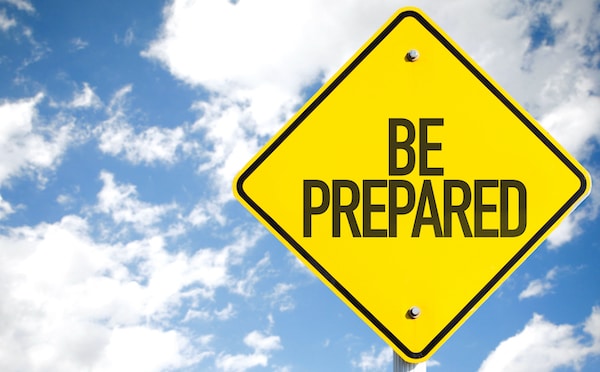 In talking with American clients about their need to prepare themselves for the upcoming socio-economic/political upheaval in their country, my advice to them primarily revolves around the concept that, if you’re living in a bad neighbourhood, the obvious solution is to leave.

Many choose to do just that. Those who have limited funds seek out employment in a country that’s less likely to be dramatically impacted than their home country. Those who are a bit more well-heeled generally liquidate what they can in their home country and forward the proceeds to one where the economy and socio-political situation are more stable—and one where the rights of the individual are more greatly respected.

They then convert their wealth into a more protectable form, by buying real estate in such countries and, particularly, by converting wealth into precious metals and storing it in a top-rate facility in the chosen country.

If they can afford it, they additionally rent or purchase a home and acquire the right to residency in such a country so that, if their home country suddenly becomes less liveable, they can simply pack a carry-on and be on a plane that day.

However, far more individuals say something to the effect that “I’m too invested in where I am. I’ll make a stand right here. Let the bastards come and get me if they want to. I’ve got plenty of guns and ammunition.”

This position is, of course, very manly. It smacks of the protection of home and family. And, like John Wayne in his role as Davy Crockett at the Alamo, it has a truly patriotic ring to it.

Of course, it’s also true that Davy Crockett died at the Alamo, along with all those who fought alongside him. (Not at all a positive outcome.)

So, let’s have a realistic overview of this commonly stated “plan” to “make a stand.”

What if the authorities arrive without aggression?

It’s entirely possible that authorities will go door-to-door, neighbourhood to neighbourhood, to confiscate provisions and weaponry. If you see personnel carriers loaded with SWAT teams, who then approach your door quietly, but armed, are you really going to throw open the door and start blazing away, or are you going to recognize that giving up your weapons is better than certain death?

Do you possess adequate weaponry?

When I’ve visited the US, I have, on quite a few occasions, been shown the gun collections of those who described themselves as “armed and ready.” They’ve shown me a wide variety of weapons, from AK-47’s to crossbows. (The former might be a good choice to fight off an assault, but the latter would be a very poor choice.) The “defender” invariably has weapons of a variety of calibres—an assortment of handguns and rifles.

Unfortunately, as any combat veteran will advise, having racks of weaponry in differing calibres is a very poor approach to defence. Instead, a semi-automatic long weapon with plenty of clips of ammunition is the way to go, possibly backed up by a spare, plus a handgun or two, holstered. This should be the outfit for each defender within the home. Not an interesting but ineffective gun collection.

And, even if you’re more combat-ready, with, say, a dozen M-16’s, if you don’t also have a dozen trained defenders living in your home, they’ll do you little good.

Do you have adequate troops?

Historically, if invaders are repelled, they tend to bear a grudge and, if possible, return again. When they do so, they’re likely to have a better plan and be more determined. Consequently, once your home has been hit once and you’ve survived, the war isn’t over. From that day on, constant vigilance will be needed if another attack is to be survived.

Can you remain at home for months at a time?

Once the fighting begins, it’s not possible to arrange to have battles occur when it’s convenient. There can be no trips to the supermarket or the doctor, as it’ll be too dangerous. It’s essential that you and your family can remain in your “fortress” for an extended time. It may be weeks or months before you can go out the door, and you’d need to be entirely self-sufficient during that period.

Can you actually bring yourself to kill others?

Combat veterans and ex-cops have had the training that allows them to shoot another human being without question. There are also those with sociopathic tendencies who have no qualms about shooting someone who’s facing them. Most other people will not know if they can pull the trigger until they’re facing another person with a gun in his hand. Many hesitate, which is likely to be fatal. Training the wife and kids may therefore be a death sentence for them.

Are you prepared to sacrifice your life and that of your family?

Regardless as to whether you may be visited by the authorities, in riot gear and with automatic weapons, or whether one or more bands of raiders attack your home, what you’re essentially accepting by saying that you’ll stay and defend it is that you’ve made the decision to live in a potential war zone. Given the choice to either put yourself and your family in harm’s way, or move to a safer place (perhaps a country that’s not experiencing conflict), which do you think is the more responsible choice?

Would you not rather be lying on a beach somewhere?

Without being overly alarmist, it seems increasingly evident that the US and possibly some other countries are not so far away from dramatic civil unrest. Whether it be the National Security Agency, the Department of Homeland Security, state or local police, raiders from a nearby city who have become opportunistic, or simply a neighbour who’s run short of food and has become desperate, literally millions of Americans are of the belief that invasion by one group or another is in the cards and are arming themselves as a result. Certainly, their anger is understandable, but their conclusion may not be.