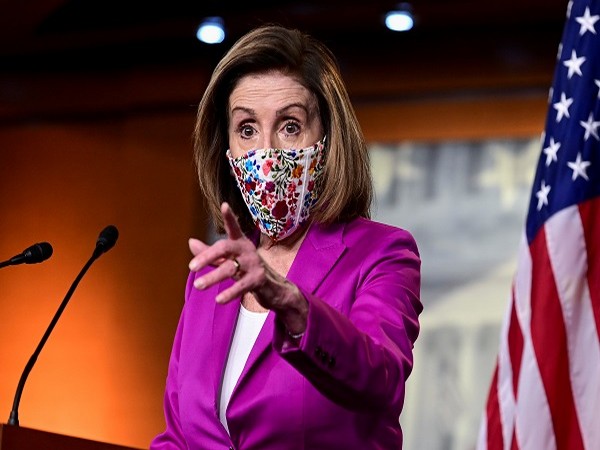 The circus around Pelosi’s trip to Taiwan is a clear sign that something incredibly reckless and stupid is about to happen.

In October 2019, Jake Sullivan, who became U.S. National Security Advisor in 2021, stated in an interview that the U.S. needed a clear threat to rally the world and play the role of saviour of mankind and that China could be that organizing principle for U.S. foreign policy. In the 2019 interview, he acknowledges that the problem was that people were not going to believe that China is a global threat, that their view of China is too positive and that the United States would need a “Pearl Harbour moment,” a real focusing event to change their minds, something he calmly stated that “would scare the hell out of the American people.”

According to Sullivan, from the same man who called for Libyan and Syrian military interventionism, American exceptionalism needed “rescuing” and “reclaiming,” not of course with actual qualitative actions that would earn one’s position as a model of true democratic governance with American citizens and the world, but rather through ever aggressive PR and media shame-based social conditioning, labeling whoever points out the clear hypocrisy of these statements as “threats to national security.” Actors like Sullivan have shown that they are willing to do anything to achieve that “Pearl Harbour moment,” even if acts of terrorism on their own people are required in order to paint their “enemy” as a monster in the eyes of their citizens.

This is by no means a new strategy. Operation Gladio is a perfect example of how NATO conducted a decades-long secret war against its own European citizens and elected governments under the guise of “communist terrorism.”

In 1962, General Lyman L. Lemnitzer, head of the Joint Chiefs of Staff, proposed Operation Northwoods, which was a proposed false-flag operation against American citizens, which called for CIA operatives to both stage and actually commit acts of terrorism against American military and civilian targets and subsequently blame the Cuban government in order to justify a war against Cuba. The plan was drafted by General Lemnitzer specifically and has a striking similarity with NATO’s Operation Gladio.

The logic of Northwoods was the stripe of Gladio. The general staff inclined towards prefabricated violence because they believed benefits gained by the state count more than injustice against individuals. The only important criterion is reaching the objective and the objective was right-wing government. There was not a single item in the Northwoods manual that did not amount to a blatant act of treason, yet the U.S. military establishment dispatched “Top Secret – Justification for U.S. military Intervention in Cuba” straight to the desk of Secretary of Defense Robert McNamara, for onward transmission to President Kennedy.

Needless to say, President Kennedy rejected the proposal and a few months later General Lemnitzer’s term was not renewed as chairman of the Joint Chiefs of Staff, having served from October 1st 1960 to September 30th 1962.

However, NATO lost no time, and in November 1962 Lemnitzer was appointed commander of U.S. European Command and as Supreme Allied Commander Europe of NATO, the latter to which he served from January 1st, 1963 to July 1st, 1969.

Lemnitzer’s was a perfect fit to oversee the cross-continental Gladio operations in Europe. Lemnitzer was a prime motivating force in setting up the Special Forces Group in 1952 at Fort Bragg, where commandos were trained in the arts of guerilla insurgency in the event of a Soviet invasion of Europe. Before long, the men who proudly wore distinctive green berets were cooperating discreetly with the armed forces of a string of European countries and participating in direct military operations, some of them extremely sensitive and of highly dubious legality.

Jake Sullivan’s statement that we need a “Pearl Harbour moment” is nothing new.

In September 2000 a report titled “Rebuilding America’s Defenses: Strategy, Forces and Resources For a New Century” was published by none other than The Project for the New American Century. In the report it is written (pg. 51):

“…the process of transformation, even if it brings revolutionary change, is likely to be a long one, absent some catastrophic and catalyzing event – like a new Pearl Harbor.”

Interestingly, within this same report, published by The Project for the New American Century, it is written (pg. 60):

“Although it may take several decades for the process of transformation to unfold, in time, the art of warfare on air, land, and sea will be vastly different than it is today, and ‘combat’ likely will take place in a new dimensions: in space, ‘cyber-space,’ and perhaps the world of microbes…advanced forms of biological warfare that can ‘target’ specific genotypes may transform biological warfare from the realm of terror to a politically useful tool.”

Richard Perle, called the “Prince of Darkness,” by his adversaries and the “Pentagon’s Brains” by his admirers was an acolyte of Albert Wohlstetter, you could say the “brains” behind the RAND Corporation (for more on this refer here). Paul Wolfowitz was another of Wohlstetter’s acolytes. The followers of Wohlstetter were so numerous, whom Perle said Donald Rumsfeld was among (1), that they called themselves “the St. Andrews prep” boys. (2)

Perle stated (3) the 2003 invasion of Iraq was “the first war that’s been fought in a way that would recognize Albert [Wohlstetter]’s vision of future wars. That it was won so quickly and decisively, with so few casualties and so little damage, was in fact an implementation of his strategy and his vision.”

In fact, this call for the need of a “Pearl Harbour moment” originally came from the Wohlstetters themselves.