by Fed Up Texas Chick, The Tenpenny Report: 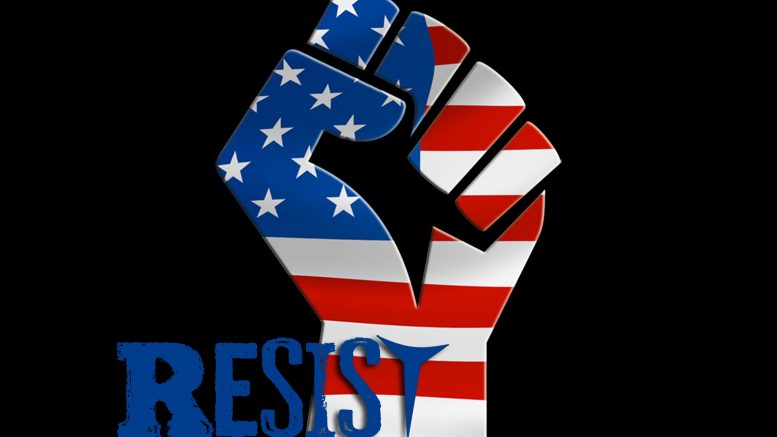 Isn’t it amazing what a difference six months can make? In December 2021, “experts” were calling for the deprogramming of hardcore anti-vaxxers – you know, the kind of deprogramming and deradicalizing used against cult members and terrorists. Anti-vaxxers were called “hardcore refuseniks”,  very difficult to reach because of their ingrained beliefs. After all, anti-vaxxers are horrible people and refuse everything, even wearing a mask. And they don’t think climate change is real either. Egads!

This particular article citing the quote above was written in the UK and at the time nearly six million people “who hold a cluster of very exotic beliefs” had refused the jab. These hellions were described as living in their own ecosystem of information. Of course, nothing was mentioned about being deliberately lied to with a steady campaign from big pharma and mainstream media.  Maybe millions are hesitant because of being outright lied to.

An article from the World Economic Forum (WEF) written more than a year ago also laments the unjabbed, describing vax hesitancy as the “greatest marketing communication challenge of our lifetime.” How do we get these rebels to bow to our will? The article explores ways to coax and coerce the hesitant, allowing the WEF to reach its goal of jabbing 70% of the world’s population – with at least two doses.

Well, let’s fast forward to now, July 2022, and see what that ecosystem of misinformation looks like, shall we?

I Will Die If I Take The Jab

Yes, you have a very high likelihood of dying if you take the jab. Much of the vaccine hesitancy came from early reports of sudden death after the jab.

It turns out caution was the wisdom of the day. Lincoln National Life Insurance Company, the fifth largest life insurance company in the US, paid out 163% more in death benefits for clients ages 18 to 64 in 2021 over payments given out in 2020. The data is clear, payments were nearly $500 million in 2019; $548 million in 2020, and $1.4 billion in 2021. Since benefits usually equate to salary, using an average annual US salary of $70,000 represents 20,647 more deaths in 2021 than anticipated. Keep in mind: this is ONE Life Insurance Company. As of 2020, there were approximately 742 life insurance companies across the US.

England’s Office for National Statistics (ONS) data (January 2021 to March 2022) shows that nearly 180,000 people died within 60 days of getting injected.  They have charts like “Number of Deaths within 28 Days of COVID-19 Vaccination in England” that show around 8,000 people died while testing positive with the virus and another 61,000 died due to other causes within 28 days post-jab. 165,000 died within 60 days post-jab. These data were only released by the UK government after relentless Freedom of Information inquiries. Another UK government entity, the UK Health Security Agency has a vaccine surveillance report showing 92 percent of all the pandemic-related deaths in England are among the jabbed population.

The Jab Is Worse Than Covid

It turns out that this anti-vaxxer conspiracy theory is also true, thanks to none other than the World Health Organization (WHO) which recently concluded this with a new study. The risk of suffering serious injury due to the jab is a whopping 339% higher than the risk of a COVID-19 case serious enough to require hospitalization.

The 2022 study shows that risks from the mRNA gene therapy jabs far, far outweigh any benefit they provide. When you see that there is a 339% higher risk of adverse events like cardiac arrest, stroke, or severe neurological diseases, why wouldn’t you take your chances with the actual disease?

The refuseniks didn’t want to take that chance, and neither did the countless doctors across the globe who saw that these jabs were trouble with a capital “T”. Dr. Charles Hoffe from British Columbia, Canada, is one example. The good doctor, who had practiced rural medicine for nearly 30 years, gave several hundred doses, then realized there were serious issues. He sounded the alarm, and the medical authorities quickly swooped in on him, removing his hospital privileges and more. He has since found small blood clots in 62 percent of his patients who have been jabbed with the mRNA clot shot.

Also true. Big surprise! Many, many studies and expert immunologists around the world are attributing the rise in COVID-19 to waning vaccine strength, one of the main reasons for the resurgence of the virus. COVID cases are 30 percent higher now than the same time last year. The vaccines wane at about three months, with boosting needed every six months. But wasn’t that the plan anyway, to make us all customers for life to Big Pharma?

Yes, it seems that it was. In late June, Canada’s Health Minister demanded citizens get jabbed every 9 months to keep their vax status up to date. Apparently, the good minister is now following the science: “Scientific studies clearly show that our protection from the initial two-dose vaccine decreases over time.” The definition of “fully vaccinated” no longer makes sense at two jabs; he says it must change to three jabs, with the 9-month boosters. How long will Canadians need to boost every 9 months? The minister says perhaps forever, as the country will never be fully vaccinated against COVID-19.

Despite the constant barrage from the mainstream media to the contrary, there are quite a few countries with people who have remained unjabbed. These include many African nations, like Burundi and the Democratic Republic of Congo, Haiti, Jamaica, Saint Lucia, the Grenadines, and Yemen.

The Presidents of both Burundi and Tanzania, Pierre Nkurunziza and John Magafulli, resisted lockdowns and mandatory jabs early on. Both died, with many purporting they were poisoned by the Deep State.

These gentlemen were part of the Notorious Nine, labeled by the Deep State for not conforming to the WHO’s expected orders. Brazilian President Jair Bolsonaro is also in the group of nine and has emphatically said he will not take the jab nor has he imposed masks and lockdowns on his people. He did not restrict his economy, and he made the jabs freely available to the public should they wish to take it but did not mandate it. Bolsonaro himself had the virus, took hydroxychloroquine and ivermectin, and touts natural immunity as superior to vaccines (which has always been the case up until the COVID-19 jab for some reason.)