by Madame Defarge, The Duran: 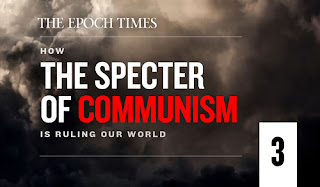 The WEF and their servants, the DC politicians, have been trying to create a world government program in one form or another since WW1 and the League of Nations. They have not succeeded but their hope springs eternal. When the initial plans were drawn up there was a completely different international order than today but a review of their failures gives us the opportunity to stymie their plans.

Since the establishment of the Federal Reserve model of government in 1913, there have been several attempts to consolidate the world community. Russia and Lenin marched forth into Poland to collect the pieces of the Hapsburgs and Hohenzollerns ancestral fiefs for the world revolution and government. The attempt failed but a new international paradigm had been created. Instead of appealing to patriotism with catchy tunes, a cry of “workers of the world unite” was the harbinger of a new type of tyranny. The major difference was that this new creation was now ascendant in the world.

By bringing the US out of the woods for the war, the moneylenders created a program of total control to replace the old colonial system with a new socialist model more to their liking. There were now two competing ideas of government in the West and both were supplicants to the financial set.

Russian socialism and industry were created by Standard Oil, US Steel, JP Morgan, and Ford to name a few investors. The communists learned about industrialization and its’ wealth creation. While slaughtering their Ukrainian subjects was expensive and time-consuming it provided a marvelous testing ground for a new style of government control that was to expand around the globe. 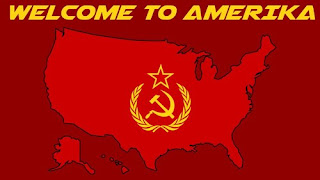 Europe was totally ruined economically by 1918 leaving the US as the sole island of stability on the globe. The result of the war was that huge amounts of money were owed to the US by France and England, and Germany was destroyed. They could barely afford to eat, much less try the old power projection games for glory. This left the US in charge but our sclerotic government did not have the wit to recognize this huge development.

The status quo at home, stability, and growth were in reach but the war loans drew us into the world political games again. The sucking of the finances of the US to Europe to then return to New York to pay war bonds brought economic stagnation to the US and the world.

The Depression left us in virtually the same situation as the communists in Russia minus the starvation of objectionable mouths. Governmental incompetence and the new religion of socialism kept everyone grasping for grain that had fallen under the rulers’ table. This worldwide calamity created fertile ground for another type of socialism called fascism.

With WW2, total US dominance became apparent. Unfortunately, the socialist religious fanatics had infiltrated the corridors of power in DC and their allegiance was to the new Mecca named Moscow. We did not realize our government leaders had moved to support socialist global plans rather than our ordinary citizens.

As withdrawal from European colonies after the war occurred, the religious left began to acquire adherents in the new countries by the use of generous bribes. This provided markets for the new military-industrial crowd as the usual border skirmishes developed. These acolytes have been attempting to convert the world population to socialism since the 1950s.

The financial set now realized that all that was required for control of the US politically was to change coats occasionally and hire the boardrooms across Wall Street. This was accomplished very quickly by using a few slogans with song and dance routines across college campuses. The recent step to determine the extent of this new dominance was the lockdown of the socialist states of the West by using an alleged health crisis as an excuse. Their control was finally complete after a century of struggle.

Unfortunately for the fascists, there is a new flashpoint. China once the model of a new governmental state operated by bankers and the military is now teetering on the edge of self-destruction. The bills due to the financial crowd are coming due and we shall see if they will drop them in our laps to again save the wreck of socialism.