Gold and silver consolidated their new uptrends, with gold moving ahead while silver moved sideways. In European markets this morning gold was at $1787, up $22 on the week, and silver at $20.10, down 20 cents. Comex trade in the gold contract was light, while in silver it was slightly better.

How confident can we be that gold, and therefore silver, has found a bottom? The next chart shows the technical position. 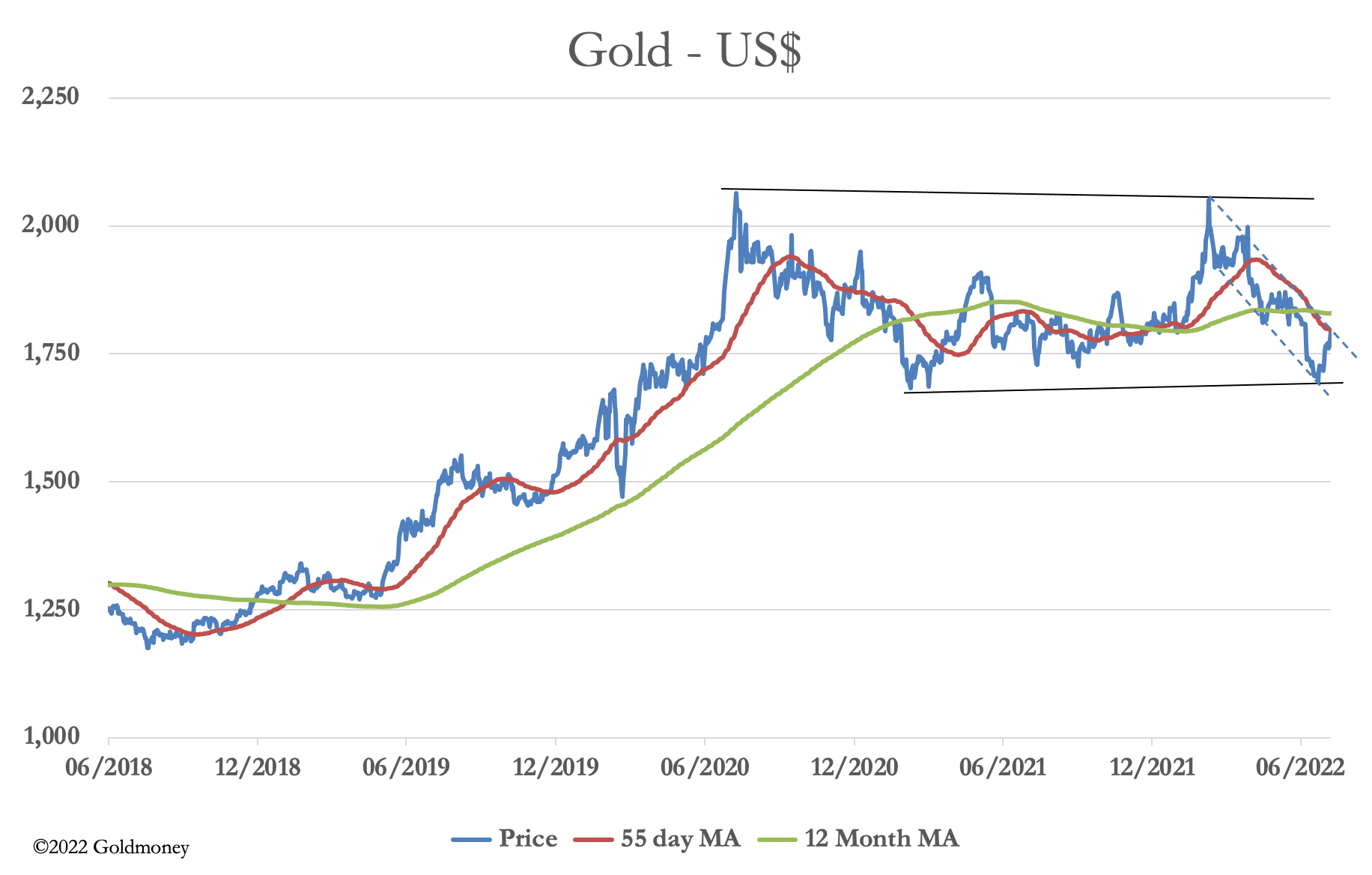 Not only has a textbook flag appeared to have completed between $2070 and $1680, but the price is breaking up out of the tight down channel that followed from the last attempt on $2070 in March this year, ending at $1680 on 21 July. Furthermore, as our next chart shows Comex open interest is at the lowest for a year. This indicates that the Swaps (mostly bullion bank traders on the short tack) have reduced their shorts as much as they are likely to. 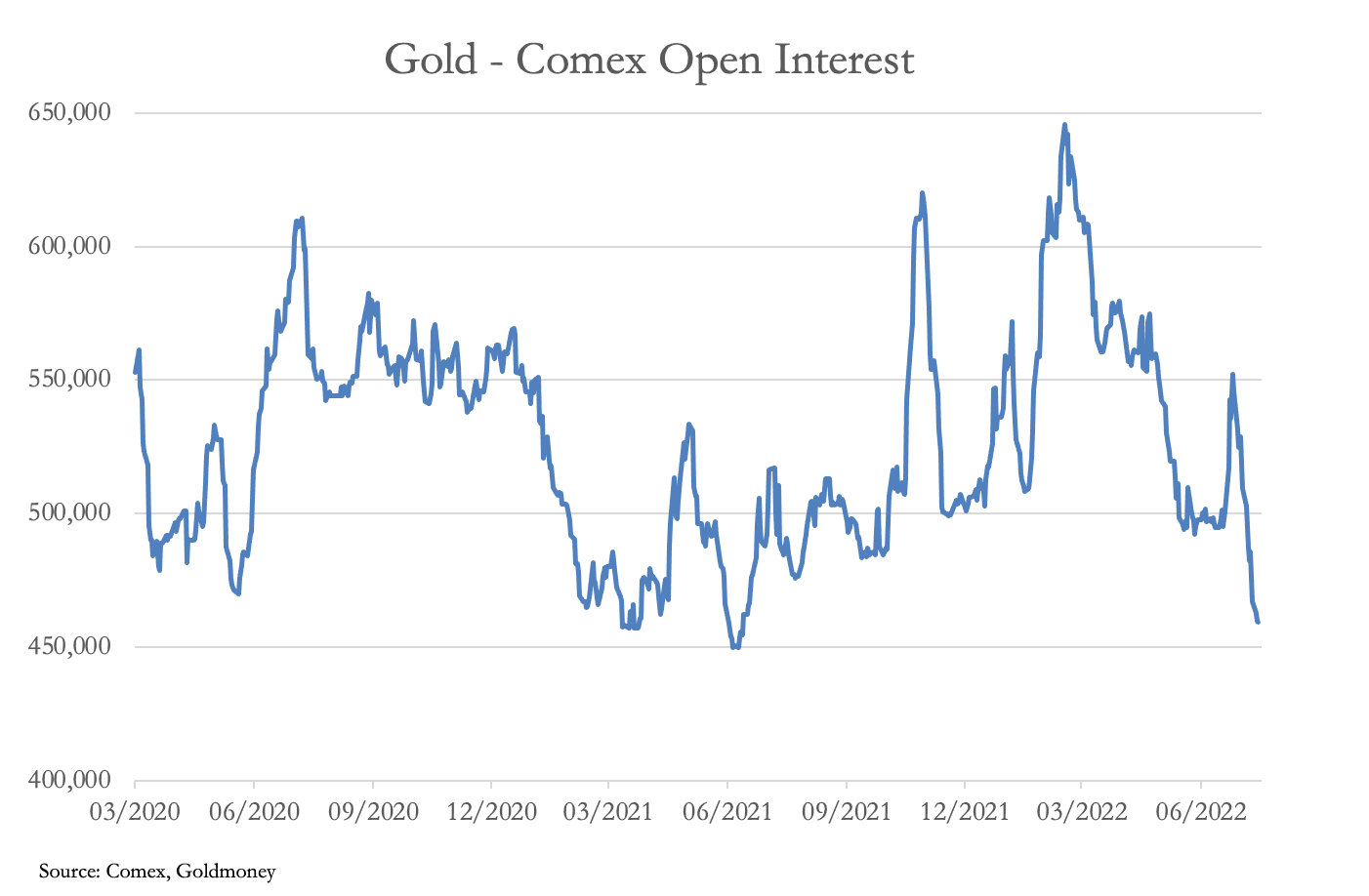 They also have managed to reduce the value of their shorts to the lowest level since June 2019. This is our next chart. 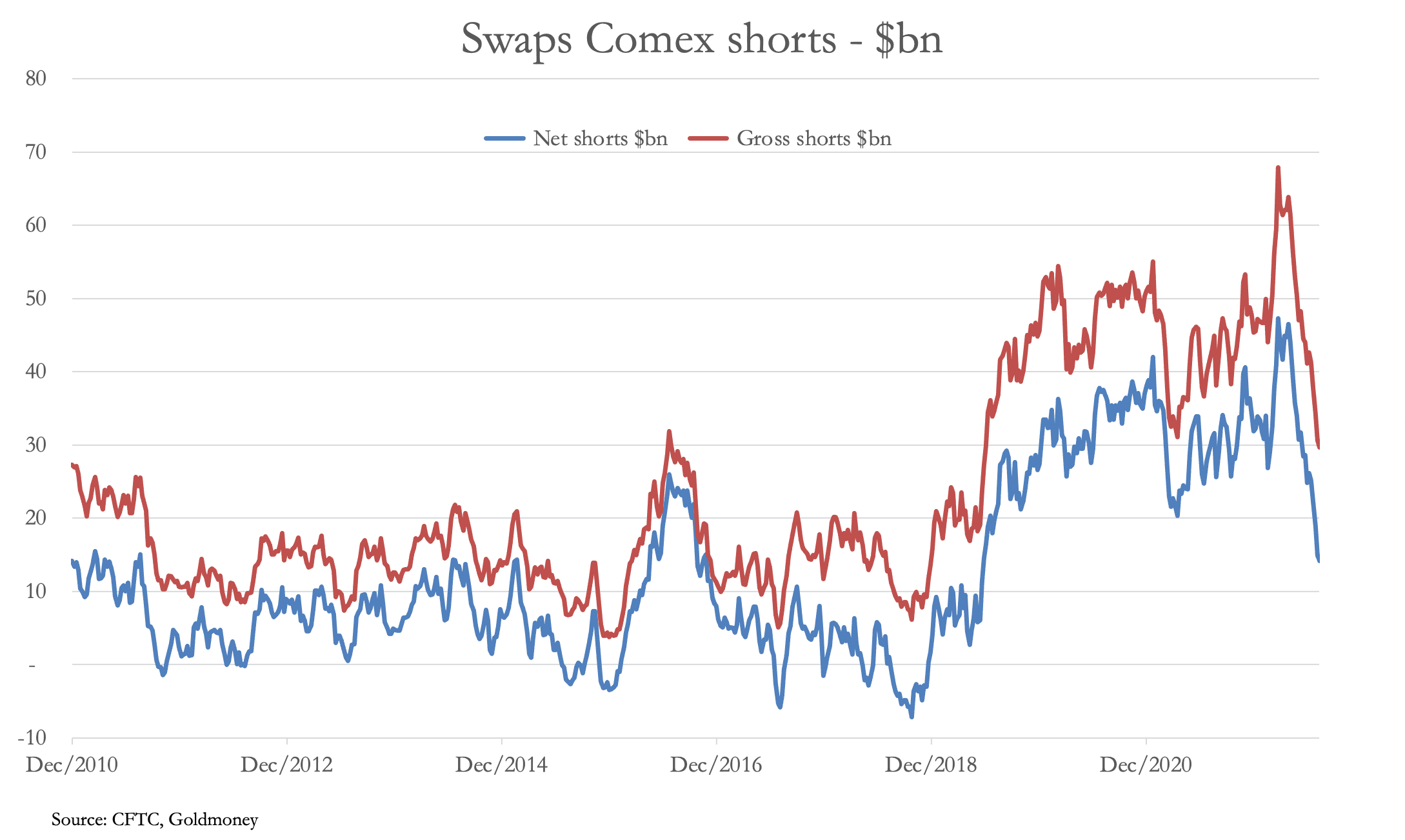 How much more selling is there to come from the longs? Well, the hedge funds (Managed Money) are now net short, which is unusually bullish from a contrarian point of view. This is next. 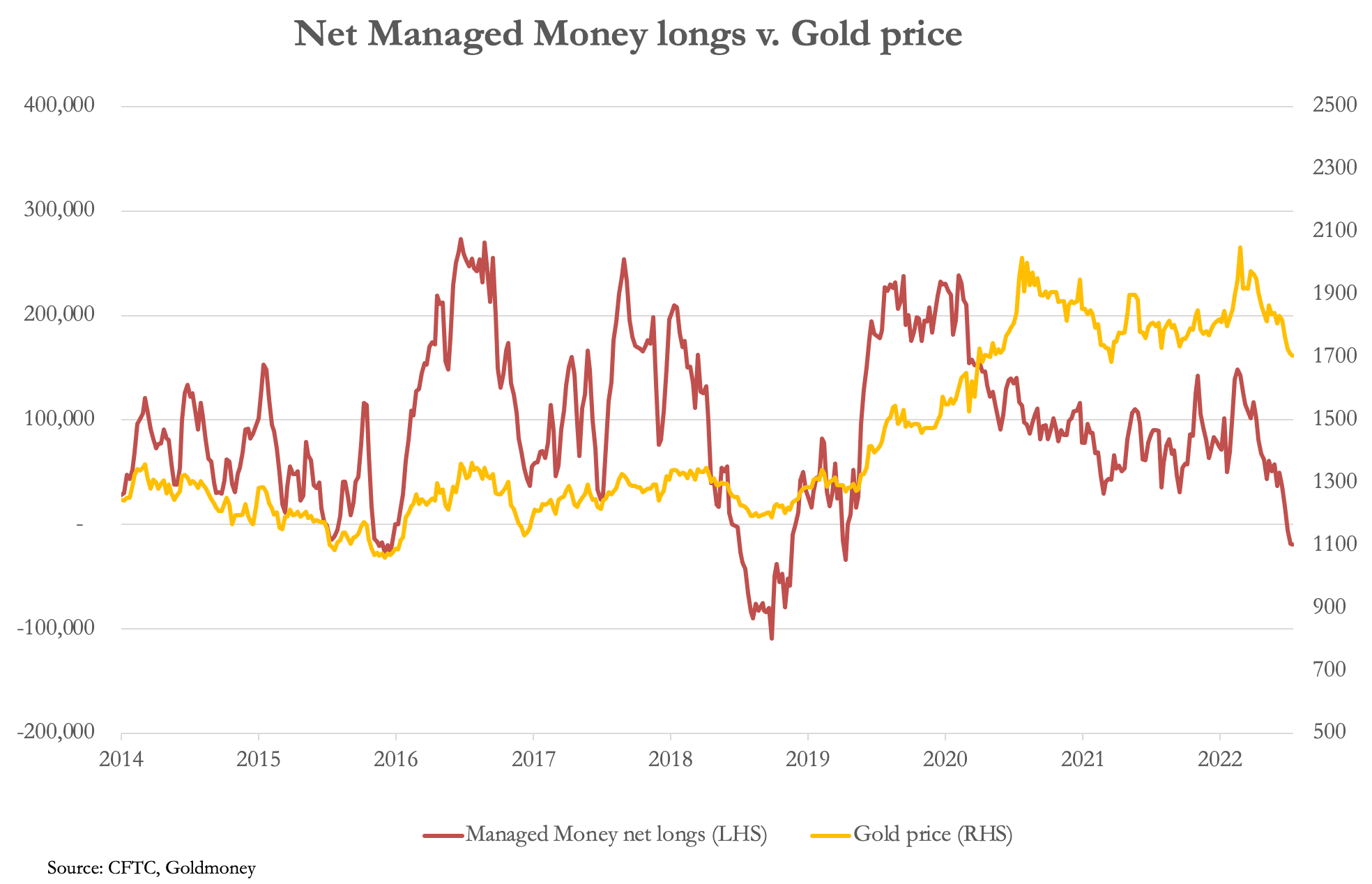 We used to call hedge funds the Masters of the Universe in the 1990s, but their track record in gold futures exposes them as extraordinarily inept as a class. They are long at the tops and short at the bottoms — every time. Combined with our other indicators, this is a bullish confirmation.

In the real world of physical gold, buyers have been profiting from this paper nonsense. In the last five trading sessions, 26,006 Comex contracts have been stood for delivery (2,600,600 ounces, 80.89 tonnes) — high by any standards. This is only slightly less than for the whole of July. And while Russian and Chinese mined gold are not available, we find that according to the World Gold Council this morning, central banks added 59 tonnes to their reserves last month.

In this crazy world, the Bank of England was the latest to raise its key lending rate by 50 basis points to 1.75%. It warned Brits that inflation would hit 13.3% later this year. If the rate of interest is compensation for loss of purchasing power, then the BoE is 11.5% behind the curve. 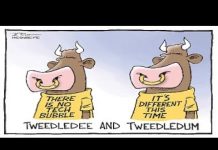