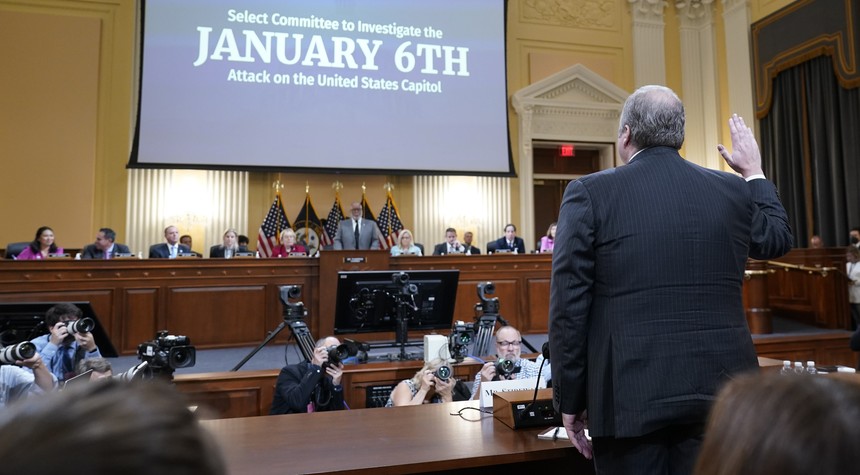 Democrats and the media claim the Capitol riot on January 6, 2021, was an insurrection, and they’ve pushed that narrative relentlessly. But last week, the Harvard Kennedy School’s Shorenstein Center published a study that debunked their claim. According to the analysis, most of the rioters were motivated by loyalty to President Trump.

And yet, you probably never heard about that.

“In the most comprehensive study to date of what motivated the Trump supporters to attack the Capitol, Shorenstein Center researchers found that 20.6 percent of the rioters, a plurality, were motivated to take part in the riot because they supported Trump,” reports The Harvard Crimson. “Another 20.6 percent of the rioters cited Trump’s fraudulent claims that the 2020 presidential election was rigged as their primary reason for participating in the Jan. 6 riot.”

“The documents show that Trump and his allies convinced an unquantifiable number of Americans that representative democracy in the United States was not only in decline, but in imminent, existential danger,” the study said. “This belief translated into a widespread fear of democratic and societal breakdown, which, in turn, motivated hundreds of Americans to travel to DC from far corners of the country in what they were convinced was the nation’s most desperate hour.”

It’s clear that the researchers weren’t pro-Trump. They quickly dismiss allegations of election irregularities as “lies about election fraud” and seemed shocked that QAnon wasn’t a significant motivation for the rioters.

For our VIPs: The Jan. 6 Committee Should Be Dissolved After Its Latest Hoax

“It is possible to express revulsion about what happened on Jan. 6th without claiming that this was an insurrection and attempt to overthrow the nation,” notes constitutional scholar Jonathan Turley.

The J6 Committee hasn’t gotten the memo yet.