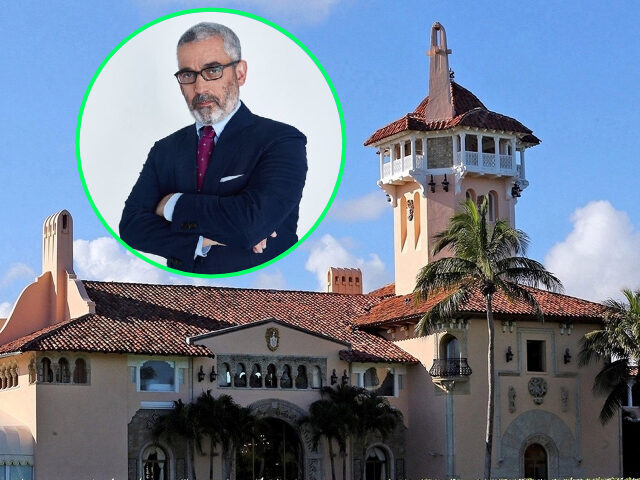 Columnist Lee Smith, author of The Plot Against the President: The True Story of How Congressman Devin Nunes Uncovered the Biggest Political Scandal in U.S. History, said colleagues and peers of his — whose judgment he trusts — speculate that the FBI’s raid of former President Donald Trump’s private residence at Mar-a-Lago in Palm Beach, FL, was a search for documents related to its “Russiagate” surveillance operation of the 45th president.

“I think the best way to understand this is in the context of a six-year-long operation targeting Donald Trump, Donald Trump’s aides, and Donald Trump’s supporters,” Smith said on SiriusXM’s Breitbart News Sunday with host Joel Pollak. “I have different colleagues and people whose insight and whose wisdom I trust very much, and they believe that what the FBI was looking for were documents related to … what the FBI called the Crossfire Hurricane investigation, but what most most of the rest of us know as the Russiagate operation meant to target candidate Trump, then President-elect Trump, and then President Donald J. Trump.”

Smith said the people whose speculation he was relaying “have much more insight” and “much more knowledge” about the FBI’s operations than he.

Smith noted that many of the FBI agents organizing the raid on Mar-a-Lago have been involved in the FBI’s ostensible investigation of Trump for years. He recalled a report from RealClearInvestigations titled, “FBI Unit Leading Mar-a-Lago Probe Earlier Ran Discredited Trump-Russia Investigation.”

He said political observers should view the FBI’s raid of Mar-a-Lago “as part of something that started in the spring and summer of 2016 … or perhaps earlier.” He added, “This was the effort to get Donald Trump.”

The FBI’s surveillance of Trump, Smith maintained, must have been known to former President Barack Obama given its launch during the Obama administration.

“We need to remember these [are] intelligence agencies that Hillary Clinton was using to spy on the Trump campaign and to smear the Trump campaign,” he remarked. “This was in the Obama administration. There is no way that any of this happened without the White House knowing about it.”

Smith said it was “good news” that whistleblowers within the FBI and U.S. Department of Justice (DOJ) provided information to Sen. Chuck Grassley’s (R-IA) office about political and partisan internal efforts to suppress information about Hunter Biden.

The existence of whistleblowers within the FBI and DOJ, Smith surmised, could lead to some restraint among the bureaucracies’ worst “anti-Trump” operatives due to fear of exposure.

“These are regime conditions,” he continued. “It’s not a constitutional order. In a constitutional order, corrupt federal law enforcement officers would be charges, tried, and if found guilty, convicted, but we don’t live under those circumstances, right now. It’s a different time for Americans. It’s a sad and tragic time, but we have to make do with what we have, because we’re Americans.”