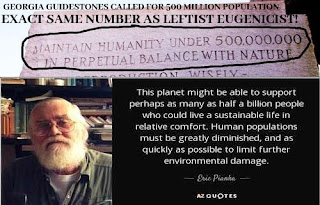 According to this new story via the Epoch Times, the U.S. Centers for Disease Control and Prevention (CDC) has claimed that there was no known association between heart inflammation and COVID-19 vaccines as late as October 2021.

Reporting within that story that CDC officials made that false claim in response to a Freedom of Information Act request for reports from a CDC team that is focused on analyzing the risk of post-vaccination myocarditis and pericarditis, two forms of heart inflammation, both of which were being  detected at much higher rates than usual after the COVID-19 vax program was started, while the CDC claimed no such links were known prior to October 2021, ANP reported numerous times there were.

Such as within this June 5th of 2021 ANP story titled “With Zombie Rage And A Dose Of Deviltry Unleashed Upon America, Things Will Get REALLY Ugly, REALLY Fast, As The Mutagenic mRNA Injections Start Dropping People In Their Tracks,” we specifically warned “more and more reports come out of teenagers developing heart inflammation following ‘the shot’, the latest solid proof the injections really are a game of Russian roulette for some of those who receive them.”

So while the CDC had claimed ‘no such links were known prior to October of 2021,’ that ANP story proved numerous such reports were being received across America way before then, with that June story specifically mentioning ‘myocarditis‘ and heart muscle inflammation in numerous people following the vax, yet the government and media kept pushing it while people were dying from it. From that Epoch Times story.:

The team focuses on studying data from the Vaccine Adverse Event Reporting System (VAERS), a passive surveillance system co-run by the CDC and the U.S. Food and Drug Administration.

“The National Center for Emerging Zoonotic Infectious Diseases performed a search of our records that failed to reveal any documents pertaining to your request,” Roger Andoh, a CDC records officer, told The Epoch Times. The center is part of the CDC.

No abstractions or reports were available because “an association between myocarditis and mRNA COVID-19 vaccination was not known at that time,” Andoh added.

Yet as we proved in that June of 2021 story, a story that fell well within that CDC search date range, reports of a link between myocarditis and ‘the vax‘ were well known to anyone reading the independent media back then, so was the CDC that ignorant, or ‘willfully ignorant?‘ Back in June of 2021, getting vaxxed had been termed ‘Russian roulette‘ for a reason, yet the CDC claims they had no records of what we’d been reporting upon way back then. Hmmmm. 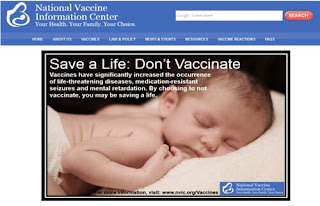 According to the National Vaccine Information Center, while not everyone suffers reactions to the same ‘injections,’ vaccines can be fatal. Speaking not only of the COVID vax but vaxxes in general, while the mainstream media, politicians and CDC attempted to paint the COVID vax as harmless and something everybody should get, more and more evidence keeps emerging those who avoided getting vaxxed made the right decision.

While Natural News had reported back in January that Life insurance companies had claimed back then that ‘death claims‘ were up a solid 40% following the unveiling of the ‘COVID vaxxes,‘ as they also reported just days ago on August 3rd, these skyrocketing death claims have led to insurance companies taking legal action against the big pharma vax manufacturers.

And while we surely won’t be holding our breaths waiting for any results of those legal actions, especially with big pharma and government so deeply in bed together they’re welded at the hip, we get more evidence that claim is correct in this Epoch Times story reporting on how the CDC totally denied any evidence of ‘vaccine harm‘ despite all of the evidence that was out there.:

Reports of heart inflammation after COVID-19 vaccination were first made public in April 2021 by the U.S. military, which detected the issue along with Israeli authorities well before the CDC.

While Dr. Rochelle Walensky, the CDC’s director, said that month that the agency had looked for a safety signal in its data and found none, by the end of June CDC researchers were saying that the available data “suggest an association with immunization,” and in August described (pdf) the issue as a “harm” from vaccination.

The claim that the link wasn’t known “is provably false,” Barbara Loe Fisher, co-founder and president of the National Vaccine Information Center, told The Epoch Times via email. “Either the right hand does not know what the left hand is doing at CDC, or federal health officials are disseminating misinformation about what they knew about myocarditis following mRNA COVID vaccines and when they knew it.”

Sen. Ron Johnson (R-Wis.) said that the FOIA response “raises even more questions about the agency’s honesty, transparency, and use, or lack thereof, of its safety surveillance systems, such as VAERS, to detect COVID-19 vaccine adverse events.”

“I have sent two letters to the CDC about the agency’s inability to find records demonstrating its use of the vaccine surveillance systems. To date, the CDC has failed to respond to my letters,” he added.

So while neither Senator Ron Johnson nor that Epoch Times story bothered to delve more deeply into the reasoning behind the CDC’s ‘negligence‘, as we’ll explore within the final section of this story below, while it’ll surely be called a ‘conspiracy theory,‘ the globalists ‘depopulation agenda‘ is very real as seen in the words of  global eugenicists who actually long for a ‘mass culling‘ of the human race.