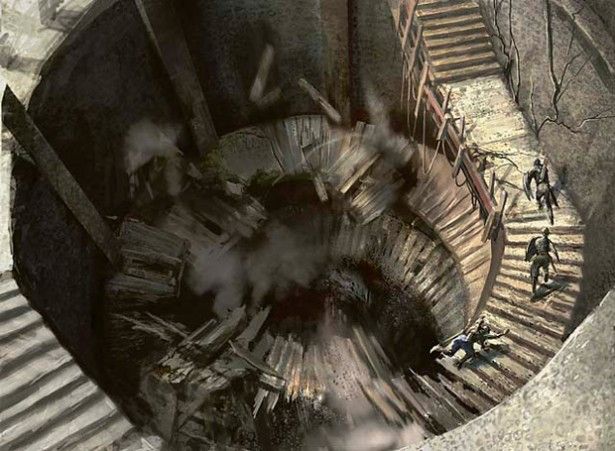 Arguments no longer revolve around truth. You are either ‘with the narrative’ or ‘against it’, Alastair Crooke writes.

“Madness is the exception in individuals; but the rule within groups”

This is the third article in a series of three.

The first focussed on how today’s disorientation and sense of disappearing sanity owes to the psychic stress of embracing a contradiction incapable of purely rational synthesis: An ideology that purports to be exactly what it is not. Or, in other words, by our ostensibly proclaiming liberty and the individual – whilst concealing within its language an ideology that insists any rooted community cannot support a ‘redeemed society’ (because of ingrained racism, etc.) – it must therefore be cleansed from the top down. It must be redeemed of all such legacies. This represents the ‘Bolshevik’ seed that Rousseau sowed into the fertile soil of an extant Frankish European cultural disposition towards totalitarianism.

The second article pursued the theme of how, in the U.S., this ‘seed’ budded into ‘bobo groupthink’, insisting that human deficiencies demanded “solving once, and for all”. This ideal was, and is, to be manifest in an effort to bring about a revolutionary change within society, through challenging what are seen to be the structural injustices within the economic, political and social orders.

This has meant, in practical terms, rotating out of power those “who were so often white and male”, and rotating into power and money those who have been systematically victimised. To accelerate this process, a resort to moral panics (Covid and Climate) has been utilised to effect the slow motion desertion of our former principles of governance to ‘remake man’: A project of re-imagining ‘man’ that can only be done through the adoption of illiberal politics.

This third article attempts to briefly sketch how these stresses have led a faction of western élites into a psychic disorder (psychosis) through an understanding of Professor of Clinical Psychology, Mattias Desmet’s, premise that totalitarianism is no historical coincidence; that it does not form in a vacuum. It arises, throughout history, from a collective psychosis that has followed a predictable script.

This framework is important to understanding ‘where we are’, and to managing resistance to this repeat outbreak of totalitarianism – the latter being a process that gains strength and speed with each generation, from the Jacobins to the Nazis and Trotskyists, as technology advances.

Desmet carefully lays out the psychological steps which lead toward totalitarianism: Governments, mass media, and other mechanized forces use fear, loneliness, and isolation to demoralize populations and exert control, persuading large groups of people to act against their own interests – with destructive results.

If people want to understand why totalitarianism works, its seedlings are all around us. It hardly needs repeating. As the means of communication have become decentralized, digitized and algorithmic, state collusion with the tech platforms in controlling contemporary culture has forced individuals into herds, where reductive analysis, hearsay, and a toxic sneering at any contrariness, serves to fuel viewer MSM ‘clicks’ – even as it freezes cold both creative imagination and intellect.

There is no standing apart from this discourse; there is no thinking outside of the Twitter feed. The digital psyche, like Adam in Eden, however, gives names to things. You are not ‘you’: You are the label you are given; your work is the sum of what is said about it; your ideas are reducible to the web reaction to them. Groupthink thus refers to a deterioration of mental efficiency and moral judgment that results in the formation of a pseudo-reality, severed from the World, and generated for wider ideological ends.

Groupthink is not a segment of society thinking its own rationality. It is a loop-rationality that allows some self-imagined reality to detach; to drift further and further from any connection to reality, and then to transit into delusion – always drawing on like-minded peer cheerleaders for its validation and extended radicalisation.

The point here, as Dr Robert Malone has observed, is to move away from the focus on external actors and literal forces, and to consider the psychological processes fuelling the denialism – and the seeming hypnosis of colleagues, friends and family.

Dr Malone is understandably focussed on the “madness that has gripped the U.S.”, which has been directly responsible for “the amazingly unscientific and counterproductive decisions – bypassing normal bioethical, regulatory and clinical development norms – to expedite genetic vaccine products”. But Malone’s comments have a much broader import:

“Just as within groups of ordinary citizens, a dominant characteristic appears to be remaining loyal to the group by sticking with the decisions to which the group has committed itself – even when the policy is working badly and has unintended consequences that disturb the conscience of the members. In a sense, members consider loyalty to the group the highest form of morality. That loyalty requires each member to avoid raising controversial issues, questioning weak arguments, or calling a halt to wishful thinking”.

“Paradoxically, softheaded groups are likely to be extremely hard-hearted toward out-groups and enemies. In dealing with a rival nation, policymakers comprising an amiable group, find it relatively easy to authorize dehumanizing solutions such as large-scale bombings. An affable group of government officials is unlikely to pursue the difficult and controversial issues that arise when alternatives to a harsh military solution come up for discussion”.

“Nor are members inclined to raise ethical issues that imply that this “fine group of ours, with its humanitarianism and its high-minded principles, might be capable of adopting a course of action that is inhumane and immoral””.

Arguments no longer revolve around truth but are judged by their fidelity to the tenets of singular messaging. You are either ‘with the narrative’ or ‘against it’ – betweenness being the worst ‘sin’. Desmet effectively has updated Hannah Arendt’s definition of a totalitarian society as “one in which an ideology seeks to displace all prior traditions and institutions, with the goal of bringing all aspects of society under the control of that ideology”. This can be distinguished from authoritarianism, where a state aims to monopolise political control, but does not seek a more thoroughgoing and intrusive transformation in its citizens’ worldviews, behaviours and habits of mind.