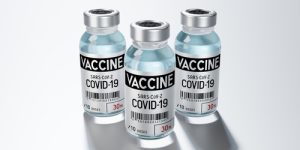 NorthShore University HealthSystem in Chicago was sued by a nonprofit religious organization called Liberty Counsel. The group claims that NorthShore violated workers’ religious autonomy by dismissing religious exemptions and forcing all workers to receive the COVID-19 vaccine. NorthShore was in the wrong and decided to settle for $10,337,500.

Over 500 current and past employees will receive a payout, and the group will notify others of the lawsuits and give them the option to submit a claim. “NorthShore will also change its unlawful ‘no religious accommodations’ policy to make it consistent with the law, and to provide religious accommodations in every position across its numerous facilities,” Liberty Counsel stated.

Other groups will follow suit. They may have granted the pharmaceutical companies immunity, but there was a grey area for employers. Countless people lost their jobs due to the vaccine mandate, which likely was a violation of the Constitution.

Lawsuits may begin with large corporations, but if the Republicans regain control, health agencies and government officials may be investigated as well. This lawsuit is a major win for medical autonomy as companies will be less likely to comply with government mandates as they now know they could risk legal retaliation.