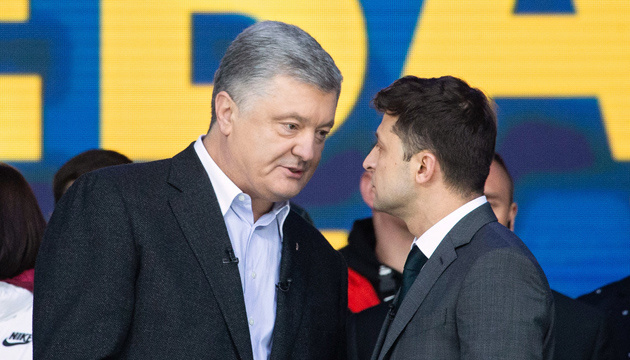 A coup is an illegal way to come to power, and both of Ukraine’s Presidents after the February 2014 overthrow of the democratically elected President Viktor Yanukovych acknowledged that the overthrow of him violated the law, and that the government which became installed after Yanukovych’s overthrow has no legitimacy whatsoever — that the “Maidan of dignity” and “democratic revolution” was actually a hoax.

On 22 June 2015, I headlined “Ukraine’s President Poroshenko Admits Overthrow Of Yanukovych Was A Coup” and I provided full online documentation both of his allegation and of its being entirely true. I even documented that on 26 February 2014 (the final day of the actual coup) he had informed the EU that this was the case, and that they were surprised to hear it but ignored it. The U.S. allegations that Yanukovych had been overthrown by a spontaneous and mass-supported revolution against him — and which were clearly a lie even as early as 4 February 2014 but a lie that was pumped ceaselessly in the ‘news’-media regardless of that evidence — those U.S. allegations were thoroughly documented, in a 12 March 2014 video-compilation that was posted to youtube, to be false, a hoax, and yet nonetheless, this fact continued to be ignored in U.S.-&-allied ‘news’-media, as-if truth had nothing whatsoever to do with news-reporting and analysis — as-if evidence doesn’t matter, regardless of how extensive and reliable and conclusive it is. As-if The West is floating on lies, and its public won’t ever much care about that fact. (That’s the assumption; and, if by “the public” is meant the nation’s press, then that assumption is unquestionably true, because the press don’t care about it, at all — they instead support it; they support this status-quo, of lies-based ‘history’.)

Then, on 11 February 2020, Ukraine’s own Interfax News Agency issued the following news-report (as auto-translated into English):

“Zelensky: the Maidan case is the most complicated in Ukraine”

The President of Ukraine, Volodymyr Zelenskyi, believes that the investigation and completion of the tragic events on Independence Square during the Revolution of Dignity is the most difficult matter [to discuss] in the country.

“Lost evidence, documents. There are no people, there are no witnesses. Some say that in general, in places after this tragedy, all these events have been removed by many. The most difficult case that we have in our country is the Maidan,” he said in an exclusive interview with “Interfax-Ukraine” agency.

Zelensky pointed out that “everyone is engaged in these matters”.

“I know for sure that they are working faster than it was a few years ago. When they will find customers, because it is more understandable with murderers, I cannot say. All forces are involved in these cases, and we are doing everything possible,” he said.

Actually, there were plenty of witnesses, and even some of the participants subsequently came forth to admit publicly that they had participated in the coup, but the ‘news’-media in U.S.&-and-allied countries weren’t interested (even if the public there might have been, if only they had known about it).

On 24 February 2020, Putin ordered an invasion of Ukraine so that the coup-installed regime in Ukraine and its U.S.-NATO-EU sponsors won’t be able to install U.S. nuclear missiles within 5-minute flying-distance from Moscow on Ukraine’s border with Russia.

This is the result of the ideology that now controls The West, called “neoliberalism” in domestic or intranational policymaking, and “neoconservatism” in international policymaking; and it is that every dollar is equal, and that every person isn’t only different from every other person but is unequal, that all rights should therefore depend upon how rich a person is — investors therefore should control the government: they have a right to use their wealth to hire whomever they must in order to deceive the voters, so that wealth will control the government, and the public won’t. A microcosmic documentary about this U.S.-epitomized-and-championed ideology, in action, showing how it actually works, is the film “DOWNFALL: The Case Against Boeing”. It’s about the most deadly passenger plane that was ever designed and built by any company anywhere, Boeing’s model 737 Max. It’s about the U.S. Government being controlled by the nation’s super-rich, who are overwhelmingly psychopaths; and, since they control the Government, the most psychopathic individuals keep getting richer and richer (‘better and better’) and never get life in prison or the death penalty, no matter how much they ought to. It’s about the worst people controlling the Government, while the elected Government officials are s‘elected’ by the super-rich and merely pretending to care about the public that they are supposed to be (and claim to be) representing (but know they actually don’t).

Ukraine’s Government is merely a client-state of our own. It is a subsidiary of America Incorporated. It’s like Boeing. It’s the way that Boeing is, and the way that its Government has been set up for Boeing (and all successful corporations) to be. But in international affairs, which is the realm of neoconservatism, power comes as much from weapons as it comes from deceiving voters. It’s about the system that empowers the most-evil individuals and that traps the public and encourages the public to fight against each other instead of against the few individuals (the successful investors) who profit from this system: the system that is called neoliberalism-neoconservatism, and that profits the predators, at the expense of the public. Mussolini called it “fascism,” and also called it “corporationism”, and he got that ideology from his teacher Vilfredo Pareto, who was its inventor. In it, the order both of rights and of power is: (1) investors; (2) executives; (3) consumers; (4) employees. (Anyone who isn’t in any of those 4 categories is considered to be worthless. The dollar rules; they don’t count, at all.)