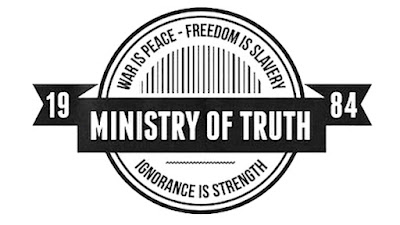 The reference to the “Ministry of Truth” in the headline, comes from George Orwell’s book “1984” and is described by book analysis in the following manner:

The Ministry of Truth, like the other three ministries, has an ironic name. It purports to be focused on the pursuit of truth when in fact, the ministry is concerned with erasing the truth of the past and present and replacing it with whatever the Party deems “correct.” Those in charge of the ministry decide what “truth” is.

We have seen and used this reference many times in the past, but the most recent example comes from the MSM attempting change the official definition of “recession,” in order to protect the Biden regime from the consequences of their policies.

Orwell’s “Ministry of Truth” in America is what has been called the mainstream media, to which some have dubbed the “lame” stream media, changing definitions, trying to erase truth, and replacing it with what the Democrats want people to believe.

Below we delve into the correlation between the new historic record lows of trust in the media, and the increasing attacks against Independent Media. The lower they go, the harder democrats/media/social media/big tech, comes after the Independent Media. 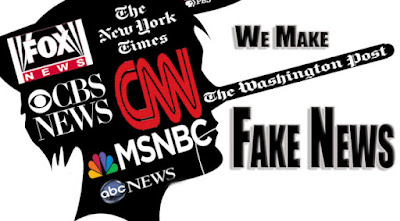 INDEPENDENT MEDIA CHANGED IT ALL

When bloggers started writing about politics and news, the MSM wasn’t worried at all, after all, how many people could they actually reach? Then more and more Independent websites started getting into the “news” game, politics, current events, and began countering the “official narrative” being offered by the MSM, as well as highlighting information the MSM wasn’t covering.

Not only were Independent Media websites bypassing the decades-long control of information the MSM enjoyed, but the Internet itself offered the opportunity to “save” information, and to show visual proof time and time again when the MSM lied, misled, or ignored relevant information because it did match the “Ministry of Truth’s” preferred narrative.

For anyone that has any doubt that the MSM pundits and TV personalities believe it is their “job” to “control” what people think, the short clip below (for those that haven’t seen it before), shows MSNBC’s Mika Brzezinski admitting it out loud.

Key quote: “And it could be that while unemployment and the economy worsens, he could have undermined the messaging so much that he can actually control exactly what people think. And that, that is our job.”

Up until then, before the 2016 Presidential election, the MSM still underestimated three key issues: 1) The distrust the majority of Americans have for the MSM; 2) The growing popularity of Independent Media, and; 3) The hunger of the American people for unfiltered news.

That popularity stems from a number of things. Providing/embedding documents when available instead of only cherry picking information out of them and insisting we know what you should be focusing on rather than putting it all out there and leaving it to the reader to decide. Offering a different angle, a big picture rather than doling out stories individually. Willingness to refuse to toe the “official narrative” line.

The point here is Independent Media, in general, reports with their own bias, yes, but offers information that the MSM refuses to report on, or downplays and buries if it doesn’t fit their narrative. This allows the audience to “see” everything, all sides of an issue, the MSM provides theirs, Independent Media provides other considerations, and informed people then make their own decisions.