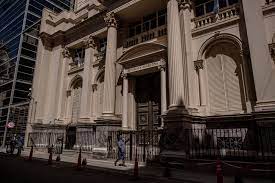 Argentina is out of options. I reported on the ongoing widespread protests occurring across the country. The majority of the nation is unemployed, and the currency is basically worthless. The people can no longer rely on the socialistic promises as the government is unable to fund its programs. Basic necessities are no longer available, and the people are suffering.

After inflation reached 60%, the nation decided to stop printing money entirely. The central bank just voted to raise the benchmark rate by 950 bps to 69.5%. Inflation now sits at 71% after prices rose 7.4% in July.

Estimates state that inflation could reach 90% in Argentina by the end of the year. The government has run the economy into the ground, 6 feet under, and it will need a complete overhaul for the people to begin living comfortably again.